Gov. DeSantis says thank you to the 'outpouring of support' for First Lady Casey DeSantis 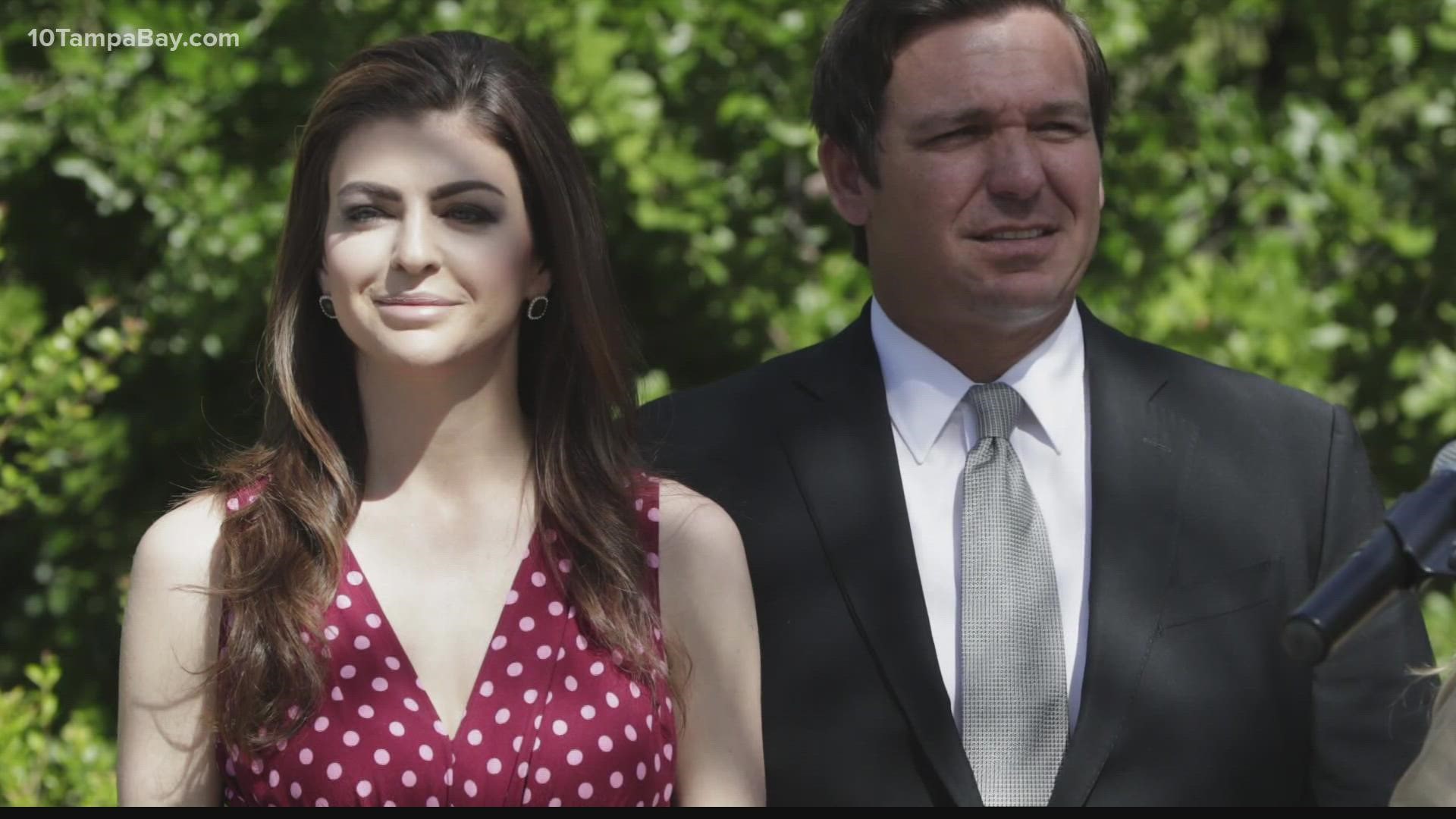 The first lady recently revealed she was diagnosed with breast cancer. The announcement came during Breast Cancer Awareness Month.

"Thank you for the outpouring of support for Casey! We're humbled by the prayers and kind words from across Florida and the nation. We appreciate you thinking of our family and for the encouragement," DeSantis tweeted.

"I can tell you this, she's one hell of a fighter."

Casey DeSantis spoke Monday for the first time publicly since her announcement.

Reiterating words her husband has said several times, she declared, "I have only begun to fight."

Thank you for the outpouring of support for Casey! We’re humbled by the prayers and kind words from across Florida and the nation. We appreciate you thinking of our family and for the encouragement.

I can tell you this, she’s one hell of a fighter. pic.twitter.com/uCsWyZ0s4j

Earlier this week, Gov. DeSantis spoke on his wife's appearance during a press conference in Hernando County.

"She’s gonna do whatever she needs to do to fight back," the governor said. “She’s gonna be back better than ever. I don’t know when, but I know it’s gonna happen."

Casey DeSantis, a former Emmy-winning television personality in Jacksonville, has taken an active role in her husband's administration. She spearheaded Hope Florida – A Pathway to Prosperity, a Department of Children and Families initiative that focused on fostering collaborations between the state, religious organizations and the private sector to help Floridians find "prosperity."

Kids and education have been cornerstones of Casey DeSantis' efforts in Tallahassee. She has worked with the attorney general's office, as well as the state health and education departments, to educate young people about substance abuse.

Mental health has also been a focal point, with the first lady working to bolster resources and education for first responders, veterans and kids.

Back in February, the first lady launched a separate initiative focused on resiliency. It involved sports legends, including Tampa Bay Buccaneers quarterback Tom Brady, empowering Florida students to persevere in the face of adversity.

Florida says the first lady helped develop the state's K-12 Character Education Standards, in partnership with the Department of Education.

The 41-year-old Ohio native has a bachelor's degree in economics from the College of Charleston. She's an equestrian, with three national titles.