The Coast Guard said there were about 23,000 pounds of cocaine and 6,900 pounds of marijuana to be offloaded from the Cutter James at Port Everglades. 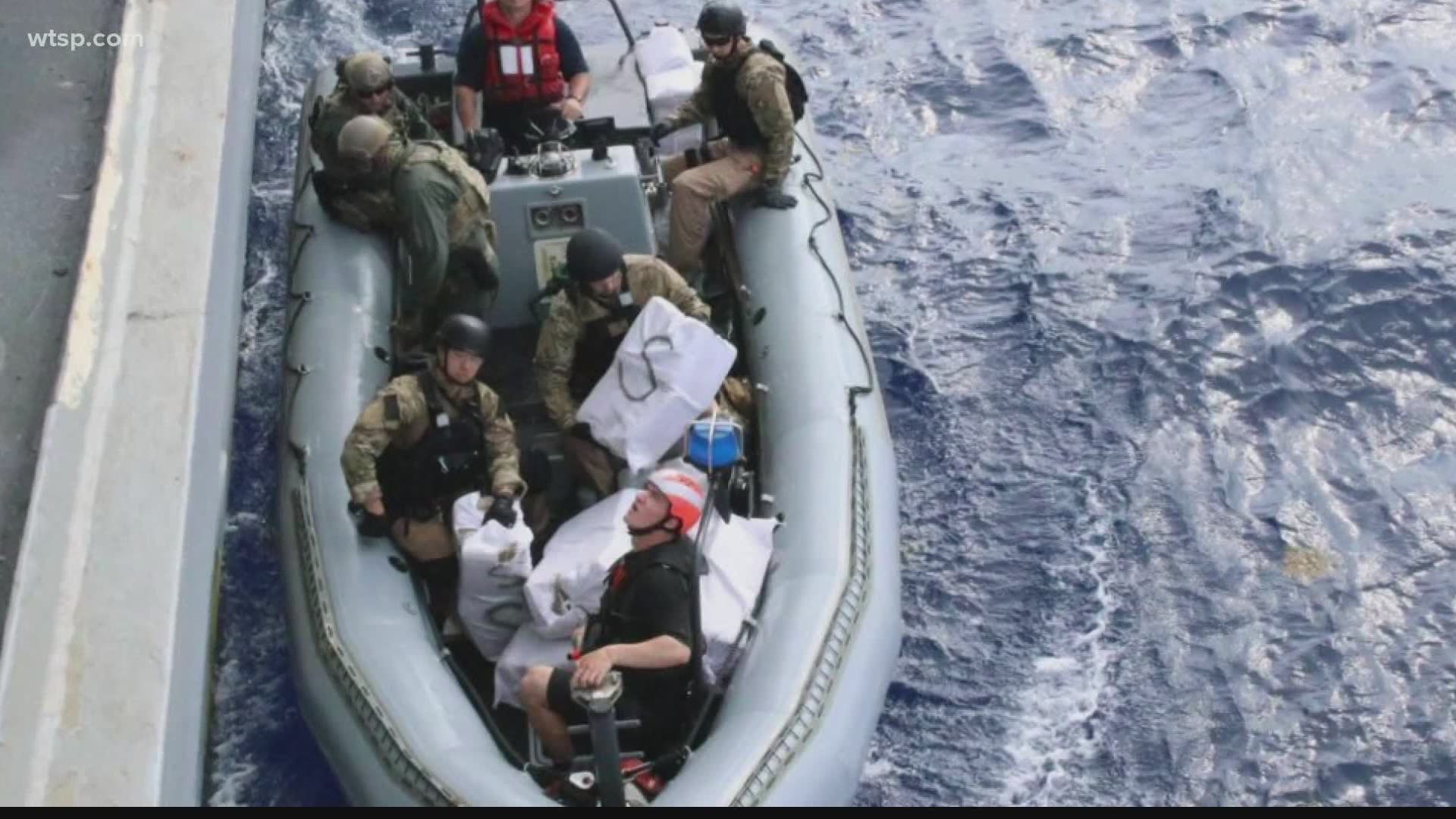 PORT EVERGLADES, Hollywood — About $408 million worth of cocaine and marijuana will be offloaded Tuesday morning in Florida by the Coast Guard.

The Coast Guard said there were about 23,000 pounds of cocaine and 6,900 pounds of marijuana to be offloaded from the Cutter James at Port Everglades.

The drugs were taken from several different boats and vessels in the international waters of the Eastern Pacific Ocean off the coasts of Mexico, Central and South America, and in the Caribbean Sea.

"Under the leadership of U.S. Southern Command and Joint Interagency Task Force South, Coast Guard and Navy forces worked side by side to stop the flow of illegal narcotics on the high seas before it could make landfall in Central America and continue its northward journey into the United States," said Capt. Jeffrey Randall, commanding officer of the cutter James.

"Working alongside our partner agencies, we continue to take the fight to the drug cartels and make an impact on these criminal organizations who spread this poison on our streets. I couldn't be more proud of my crew and their hard work."