The board believes the changes should help stop another tragedy like the building collapse in Surfside. 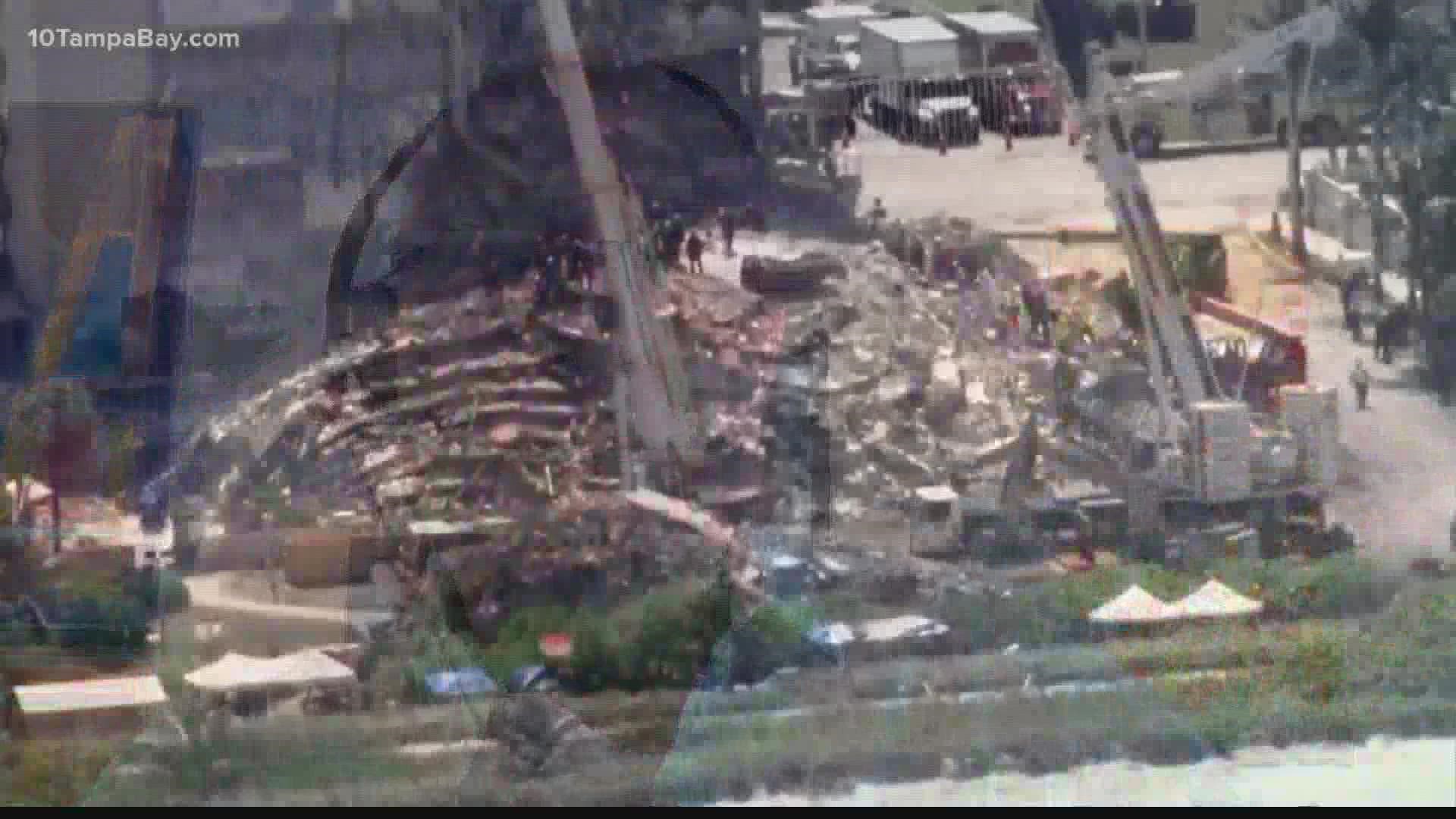 SURFSIDE, Fla. — It's been four months since the collapse of Champlain Towers South in Surfside killed 98 people.

The tragedy immediately inspired conversations about building codes and safety regulations across the state. It's also prompted a task force assembled by the Florida Bar to recommend change.

"The Surfside situation is kind of a classic example. The owners saw flooding in the garage, they saw spalling concrete they saw they saw exposed rebar. There were these telltale signs that something was not right," James Toale, the President of the 101 Condominium's Condo Association said.

Like many, Toale was shocked seeing the images out of Surfside. But, it's no surprise to him a task force wants to implement changes to up safety.

"They looked at sort of systemic problems. They looked at this tug of war that's sometimes between the board of administration and the unit owners," Toale said.

Some of the main safety changes the board is calling for are strict, timely maintenance to condo buildings and structural report updates every 5 years by an engineer or architect. That would apply to most buildings over three stories tall. The board is also pursuing actions to give the associations that run the condos more power.

"There's many condos that, don't really exhibit any outward problems and yet there could be some issues that can't be seen," Toale said.

"I think it would be helpful. A big part of this is to create more transparency between the association and the union owners and I think that's a positive thing also," Toale said.

When asked if the changes would've helped prevent a situation like Surfside, Toale says it's likely.

"If it had been in place, say 5 years ago, I think definitely it could have avoided the situation as far as sign," Toale said.

The report is currently on Governor DeSantis' desk. Lawmakers will go over the proposed changes next legislative session.