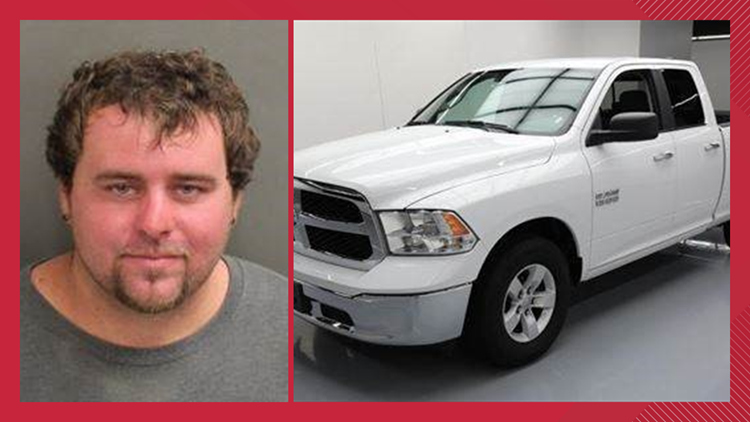 ORANGE COUNTY, Fla — Update: According to the arrest affidavit, deputies found a brand new American flag thrown on the side of the William Steven Knight's body. Witnesses told detectives he was arguing with Mason Trever Toney over politics. According to detectives, the witnesses said Knight was a supporter of President Trump, and Toney believed the government was "bad and out to get him." The witnesses told detectives that Toney called them "terrorists" as he drove away.

A man accused of stabbing his employer to death at a construction site along the Florida Turnpike is in police custody after being on the run a short time.

They arrived at exit 254 near Orlando around 10:45 a.m. and found 28-year-old William Steven Knight suffering from stab wounds.

According to the sheriff’s office, paramedics pronounced him dead at the scene.

Mason Trever Toney, 28, is accused of killing Knight. He was on the run a short time but was taken into custody last night.

RELATED: 'He died protecting his family' | Coach and father of three stabbed to death in home while son was there

RELATED: Police say she stabbed a woman, and people are helping her hide