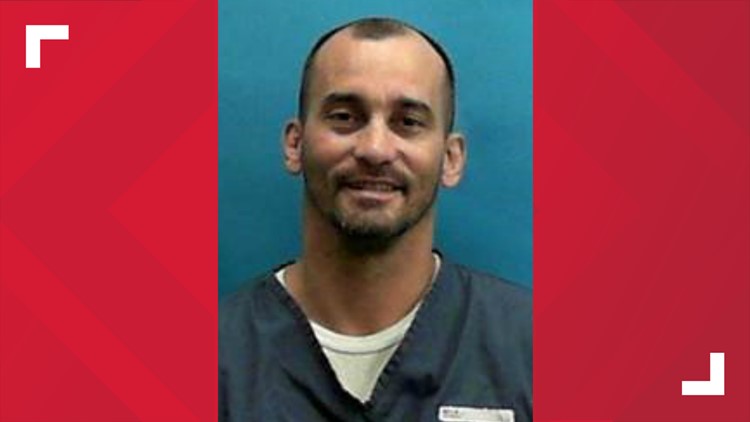 Photo by: Florida Dept. of Corrections

MIAMI-DADE, Fla. — UPDATE (11:36 a.m. Thursday): Jason Revis has been captured, according to the Florida Department of Corrections.

Law enforcement officials are searching for an inmate who allegedly escaped Thursday morning from a Miami-Dade prison.

The Florida Department of Corrections said Jason Revis wasn't in his dorm at the Dade Correctional Institution.

Revis is serving a 40-year prison sentence for lewd and lascivious molestation of a victim younger than 12.

The FDC said a "large-scale search effort" is now underway. The department has since contacted all state and local law enforcement agencies to assist.

The FDC said if anyone sees Revis, do not approach him but call 911 immediately. The department said residents near the Dade Correctional Institution should "exercise caution."