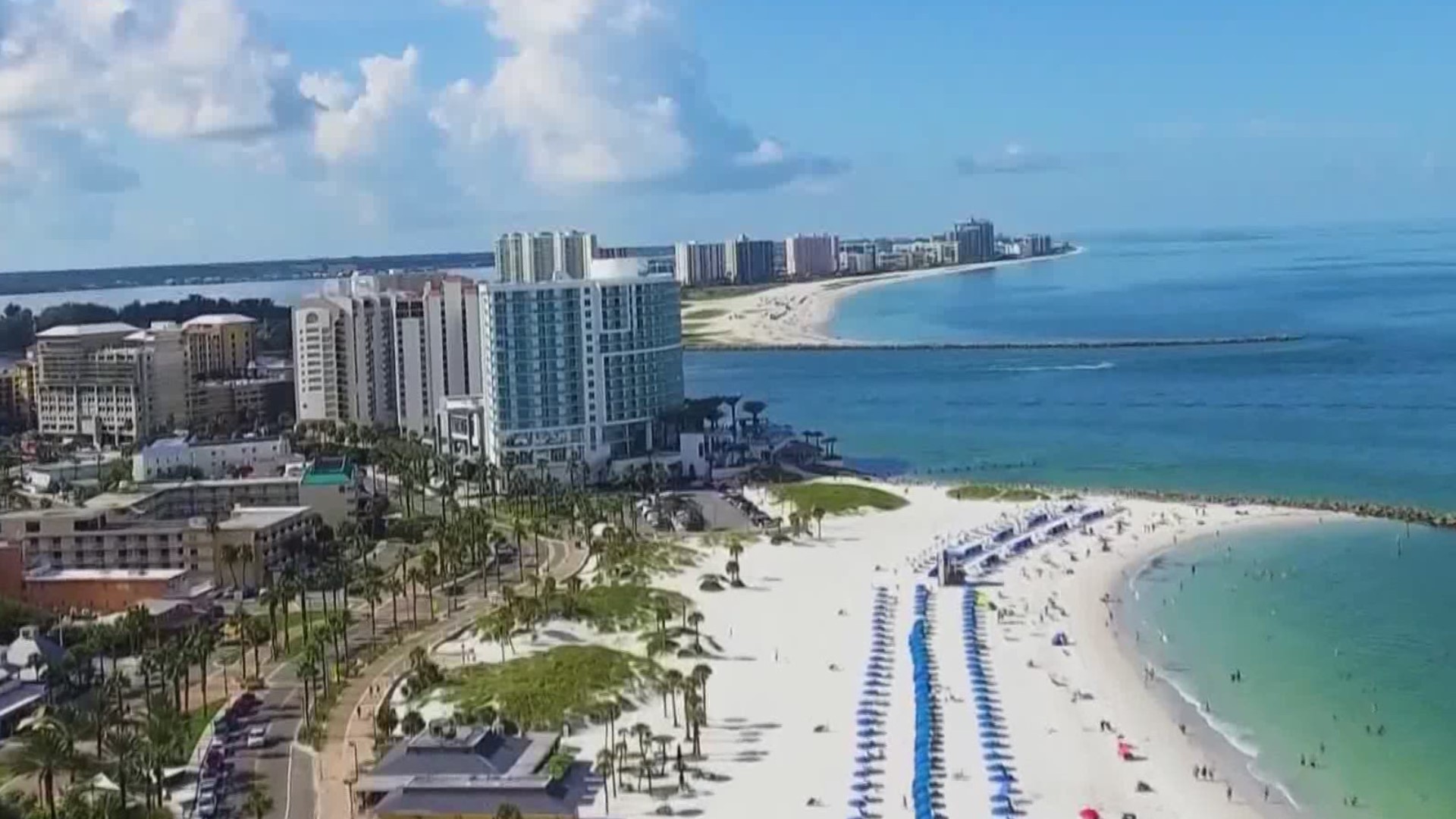 CLEARWATER, Fla. — Labor Day weekend is just a few days away, and we’re finding out that the Tampa Bay area is likely to be the number one destination for people flying in from all over.

“Over 1 million people are expected to fly into Florida,” said USF Public Health’s Dr. Jay Wolfson. “Most of them to Tampa Bay by the way, in terms of reservations for airlines.”

Wolfson says tourism workers alerted him and other public health workers this week -- just as the state’s coronavirus numbers have started to settle down again -- that Florida will be the top U.S. destination for travelers this weekend.

“It’s the second most popular site for Americans to travel in the United States. Cancun being first. Tampa second. Fort Lauderdale is third. Orlando is fourth. And Honolulu is fifth,” Wolfson said.

Miami did not make the top five, according to Wolfson. Neither did Palm Beach.

Many South Florida beaches are still closed or will close ahead of the holiday weekend. That also means many of our fellow Floridians from those hotspots could be heading here, too.

“Protect yourself, your family, your community,” Wolfson advised, “And let’s not close the state down again.”

History shows a reason for concern.

By July 4th weekend, bars and many south Florida beaches had closed. Masks became mandatory in several cities and counties. But, high positivity rates persisted until the end of August.

RELATED: Four things to consider before planning a Labor Day get together

In response, Clearwater Police say they're planning to beef up patrols.

The Pinellas County Sheriff’s Office is not planning to revive its online beach crowd dashboard, but in a statement, the agency said, “We normally have an increased presence on holiday weekends which will be what we have this weekend.”