Soldiers from Florida were deployed to Washington, D.C. ahead of President Joe Biden's inauguration. 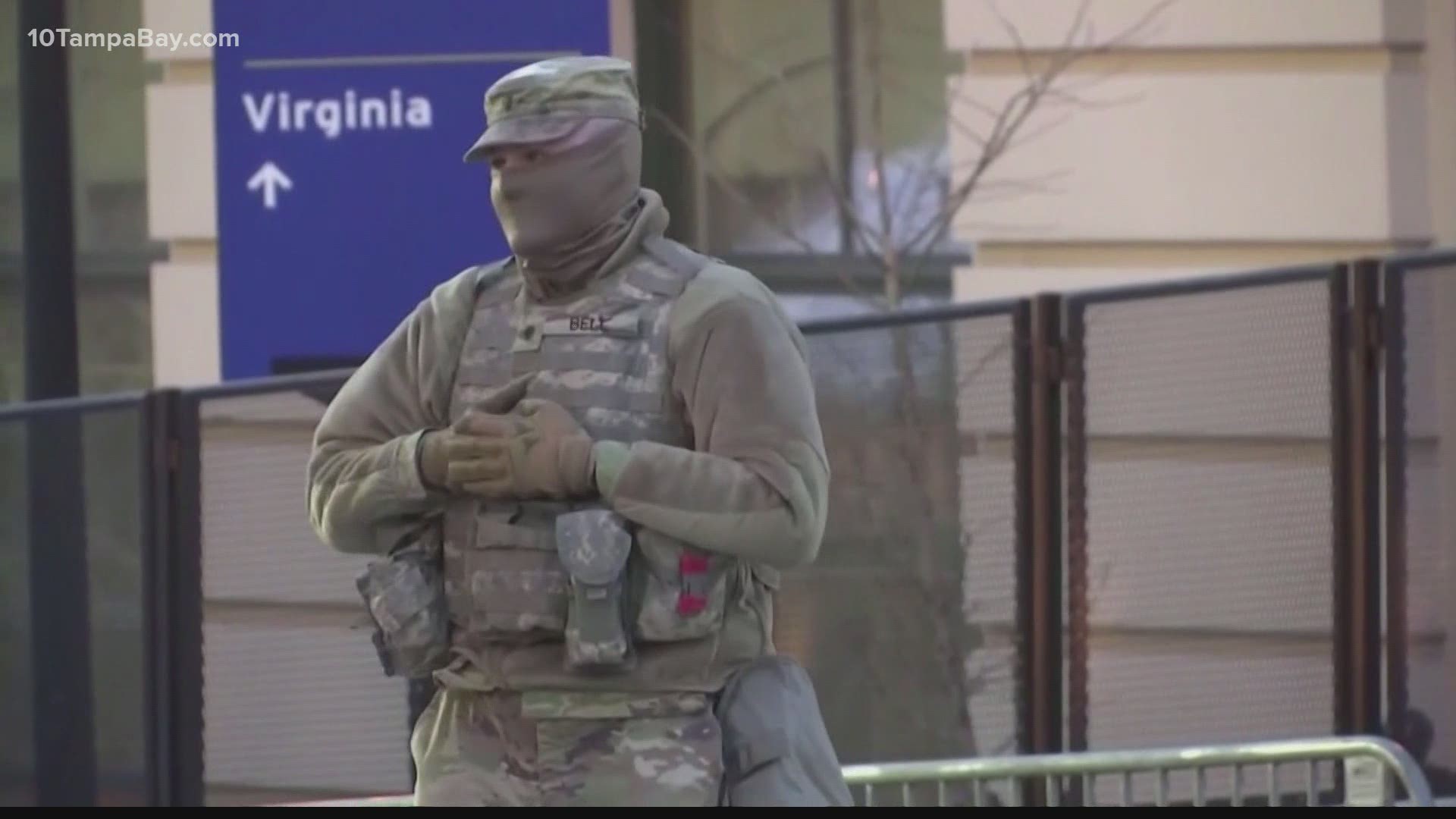 The governor tweeted early Friday morning, saying he ordered the state's Adjutant General to bring back 600 guard members who were sent to Washington, D.C. ahead of President Joe Biden's inauguration on Wednesday.

In a Friday morning cable news appearance on Fox and Friends, Gov. DeSantis was asked specifically about reports that hundreds of troops assigned to the U.S. Capitol had been temporarily moved to a parking garage with one bathroom as temperatures fell into the low 40s Thursday night.

Photos of the situation in the parking garage drew outrage from federal lawmakers, and DeSantis was disturbed by what he saw.

"This comes on the backend of them trying to investigate the backgrounds of our guardsmen," DeSantis told Fox News. "Florida -- we did not let them go into their political beliefs. I thought that was totally inappropriate. I thought it was very disrespectful to people who are clearly patriots."

Overall, at least 12 U.S. Army National Guard members were removed from the presidential inauguration security mission after federal investigators determined they had ties to right-wing militia groups or had expressed extremist views online, two U.S. officials said ahead of the inauguration.

DeSantis on Friday called the continued presence of National Guard members at the nation's Capitol "a half-cocked mission at this point" and said the soldiers were "not Nancy Pelosi's servants."

A National Guard official clarified to 10 Tampa Bay that DeSantis ordered the soldiers to come home because the inauguration was over, not because they were "forced out" by Capitol police.

It was an honor to witness Henry Sayler receive his first dose of the vaccine today. Florida is rapidly approaching a monumental milestone of 1 million seniors vaccinated. #SeniorsFirst pic.twitter.com/JoL6N1ybOH

At the time of the troops' deployment to D.C., a spokesperson told 10 Tampa Bay that some members of the 53rd Infantry Brigade, based out of Pinellas Park, were among those deploying.

A National Guard official told 10 Tampa Bay the returning troops will arrive back in Florida late Saturday or Sunday night.

More than 15,000 National Guard troops were present during President Joe Biden's inauguration, which took place two weeks after the deadly riot on the U.S. Capitol.