Gov. Ron DeSantis to deliver State of the State Tuesday

The address is expected to begin at 11 a.m. 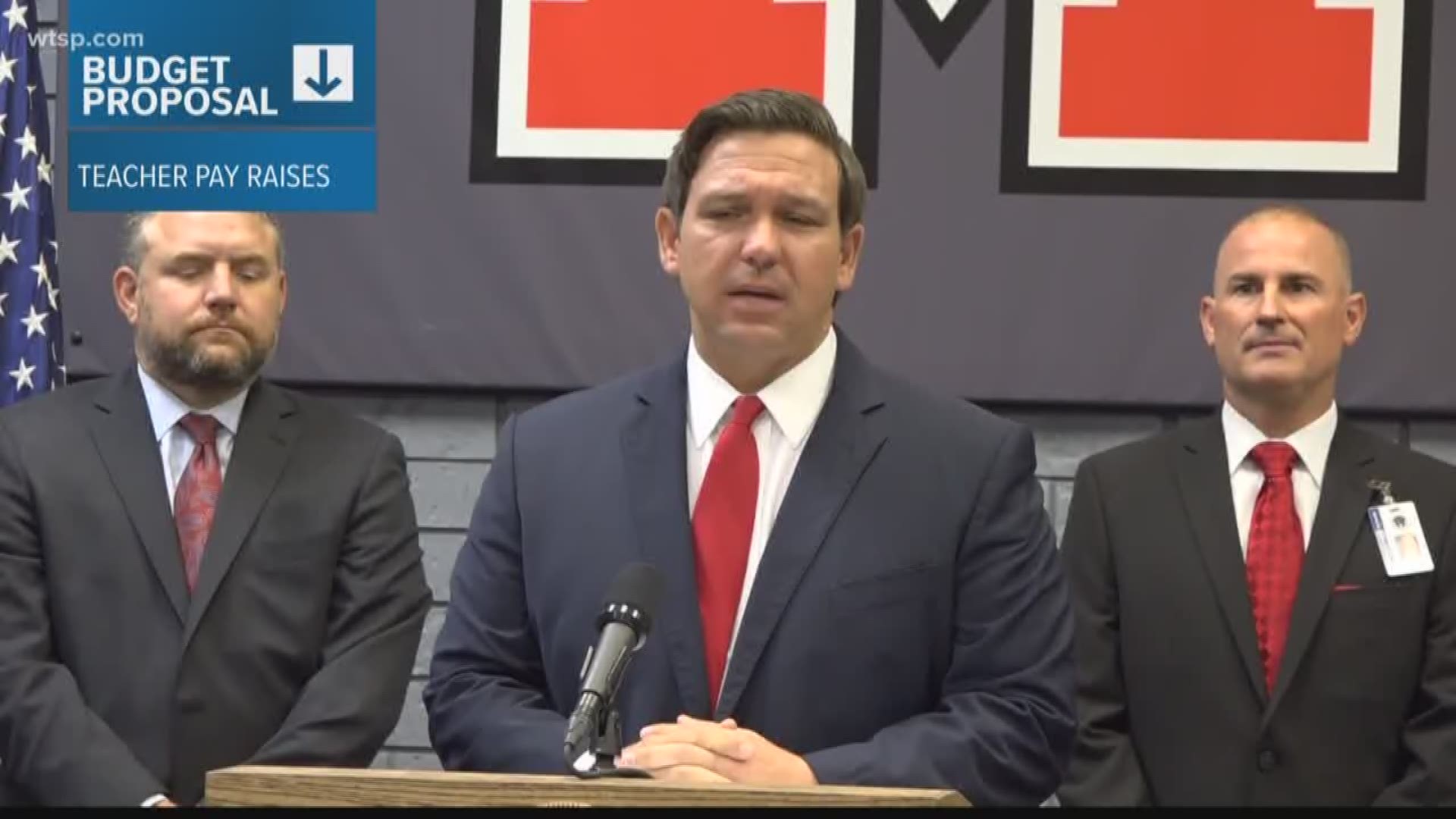 Gov. Ron DeSantis will gather with the House and Senate for the "State of the State" address in Tallahassee.

Lawmakers will also be taking up several different issues during the 60-day session. They will also be negotiating a budget for the fiscal year which starts July first.

DeSantis has proposed a $91.4 billion budget.

That’s $400 million more than the current budget, and the increase is designed to target several key areas.

The governor says spending more in the classroom is a top priority of his administration. He wants to increase state funding by more than $300 per student – and increase pay for new teachers.

RELATED: Florida is one of the worst states in the country for teacher pay

During his first two days in office, DeSantis issued an executive order to ramp up everglades restoration and protect the rest of Florida’s water resources. Now, he’s calling on the legislature to keep funding the fight.

Life for many people in the panhandle is still a daily struggle more than a year after Hurricane Michael flattened Mexico Beach. The governor’s budget recommendation calls for money to help people who have slipped through the cracks. He also wants $1.9 billion in overall hurricane preparedness.

Opioids – and the battle against the growing epidemic – are at the center of the governor’s budget request for Florida’s health and human services. He also wants $25 million for mental health initiatives in schools, $75 million for school security and $4.7 million to implement the country’s first Statewide Behavioral Threat Assessment strategy.

Unemployment is low – but for a lot of Floridians, it’s still not easy to pay the bills. Housing often takes the biggest bite out of a family’s budget, so DeSantis wants Tallahassee to help.

With the 2020 election under a year away, DeSantis is asking lawmakers to ramp up election security. He wants more oversight at the ballot box – and online.

The Legislature will approve a budget during the annual session, but DeSantis doesn't have to accept it as-is. He has the power to veto individual items in the budget.