The child was actually taken by her biological mother who didn't have custody, investigators say. 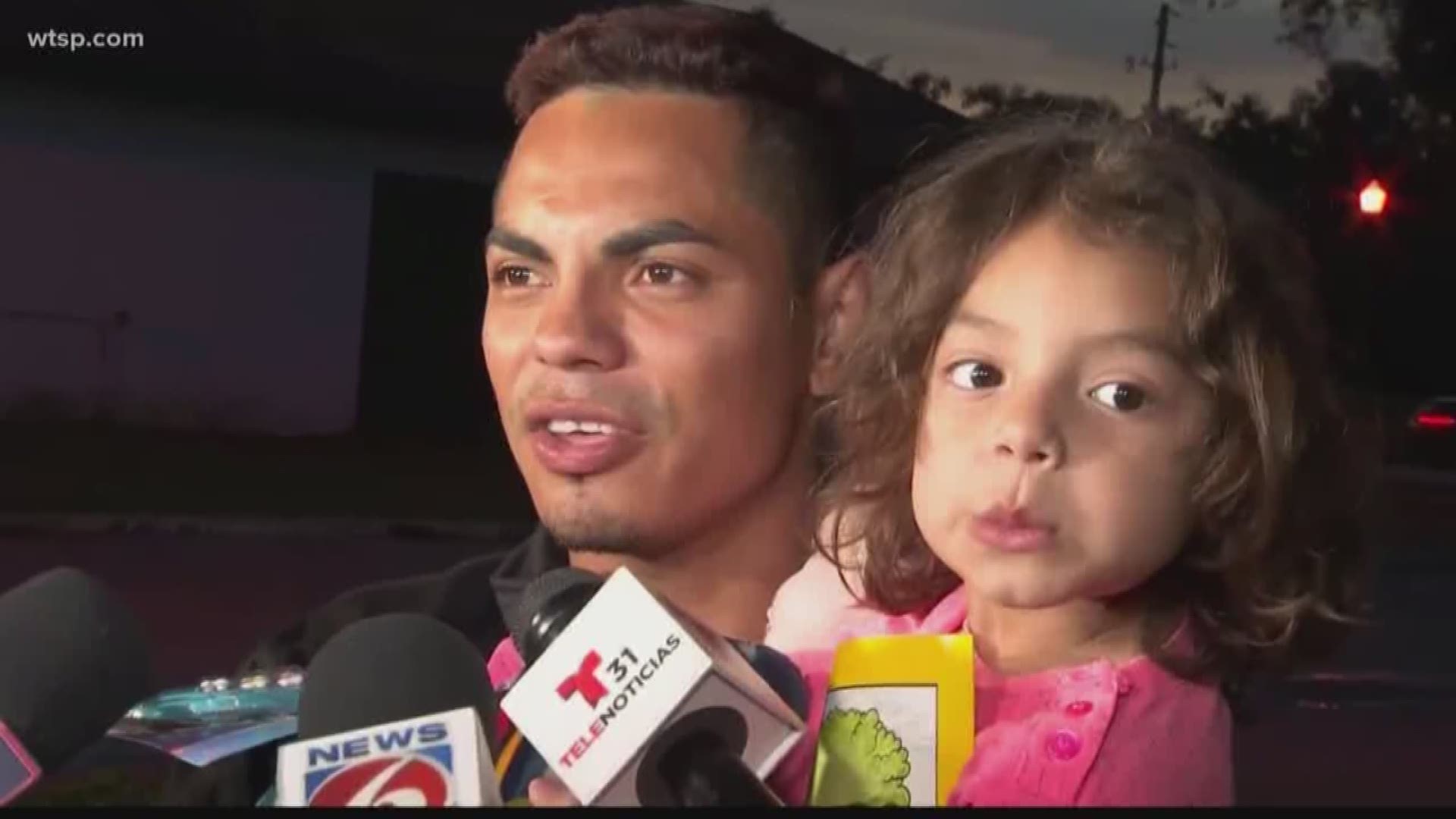 Police say a Florida dad lied about a stranger abducting his 3-year-old daughter from the front yard -- but the reason may surprise people.

An Amber Alert was issued Monday for Madeline Mejia, who investigators initially believed had been forced into a car by an unknown man. Madeline was later found by a state trooper during a traffic stop on I-10 in Tallahassee.

According to law enforcement, she was with her mother and the mom's boyfriend. Kevin Olmeda-Velis, 19, and Tania Fortin-Duarte, 18, were arrested and taken to the Leon County Jail. They are both charged with interference with custody.

In a news release, Apopka police say the girl's father, Lester Mejia, admitted he was working when a family member told him Fortin-Duarte had taken his daughter. So, he called 911.

"Mr. Mejia was allegedly told by an unknown dispatch center that there was no crime if the mother has the child," police said. "Given that information, Mr. Mejia was scared he would not see his daughter again so he provided the abduction story in hopes it would assist in recovering his daughter."

The mom didn't have custody of the child.

“Although Mr. Mejia was not forthcoming with the information he provided to the Apopka Police Department, he did have lawful custody of his daughter and Ms. Duarte unlawfully removed Madeline from his custody," police said.

The father and daughter have since been reunited.

Two other people who were in the car when the child was found have also been taken into custody. They are being held by Immigration and Customs Enforcement.

The Apopka Police Department is investigating the matter, but officers said they are thankful Madeline was found safe and returned to her father.