The agency's executive director of law enforcement said the anti-rioting law threatened to diminish the sheriff’s office’s attempts to connect with the community. 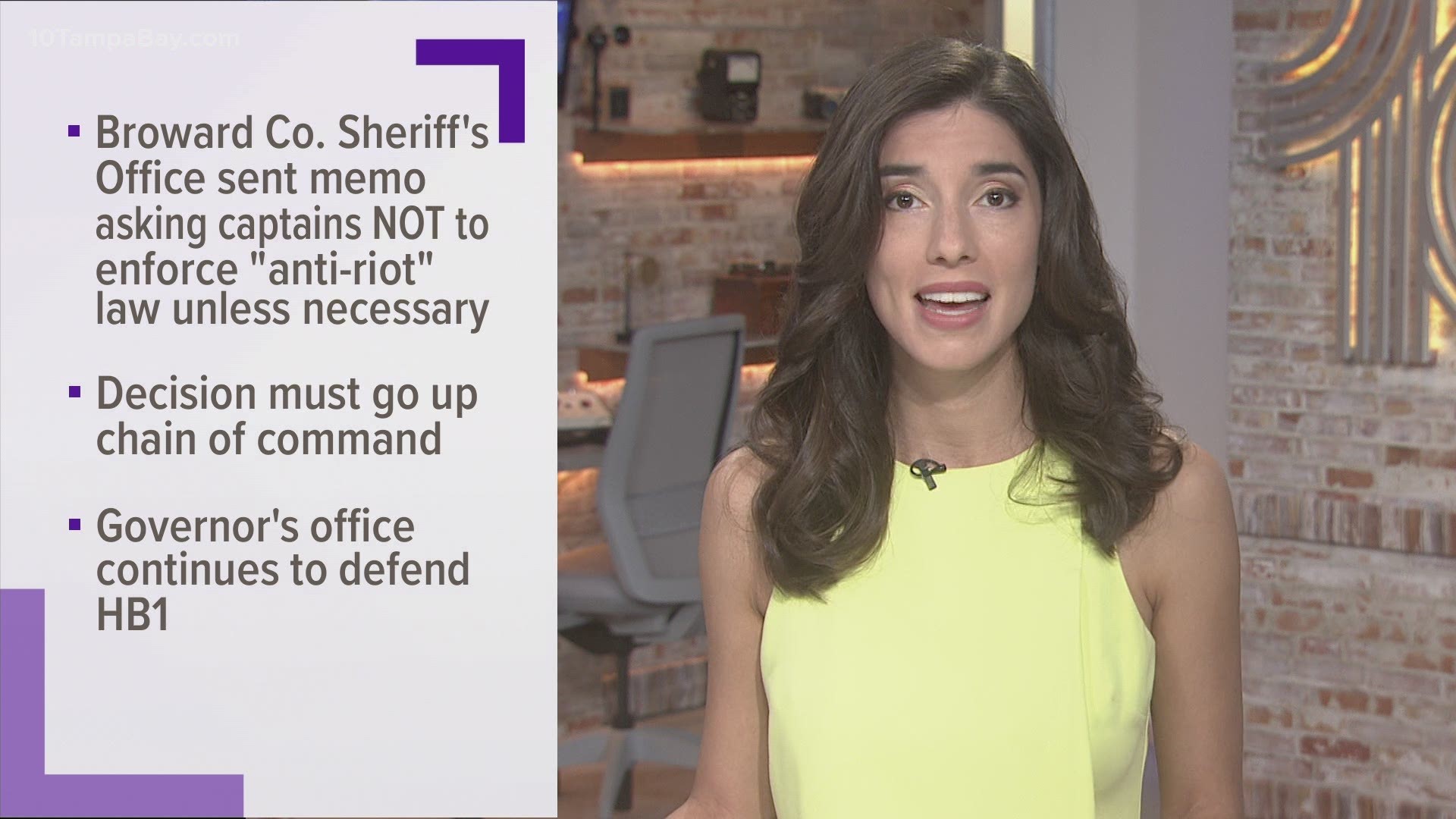 BROWARD COUNTY, Fla. — Deputies in a South Florida county are being instructed not to enforce an anti-rioting law signed by Florida Gov. Ron DeSantis last week unless it’s absolutely necessary.

When it is deemed necessary, the decision must run it up the chain of command before taking action.

That's according to an internal memo obtained by the South Florida Sun Sentinel.

The new law, which has been backed by Gov. DeSantis since September 2020, has already faced scrutiny since the governor signed it. Two days after the bill was signed into law, Gov. DeSantis was sued in federal court. The lawsuit alleges the law violates people's constitutional rights, including free speech.

Florida already has “enough laws on the books to do our job effectively without the new law,” Holmes wrote, according to the Sun Sentinel. “Things should not change for us in how we enforce the law pertaining to protest(s) as we have been very effective doing just that.”

Critics of the new law have called it a "disgrace," saying it is an effort to limit First Amendment rights. In contrast, supporters say it is necessary to protect against unlawful behavior.

Last week, a spokesperson for DeSantis told the Associated Press the governor's office will firmly defend the new law.

RELATED: 'These are our streets': Protesters gather to rally against 'anti-riot' law