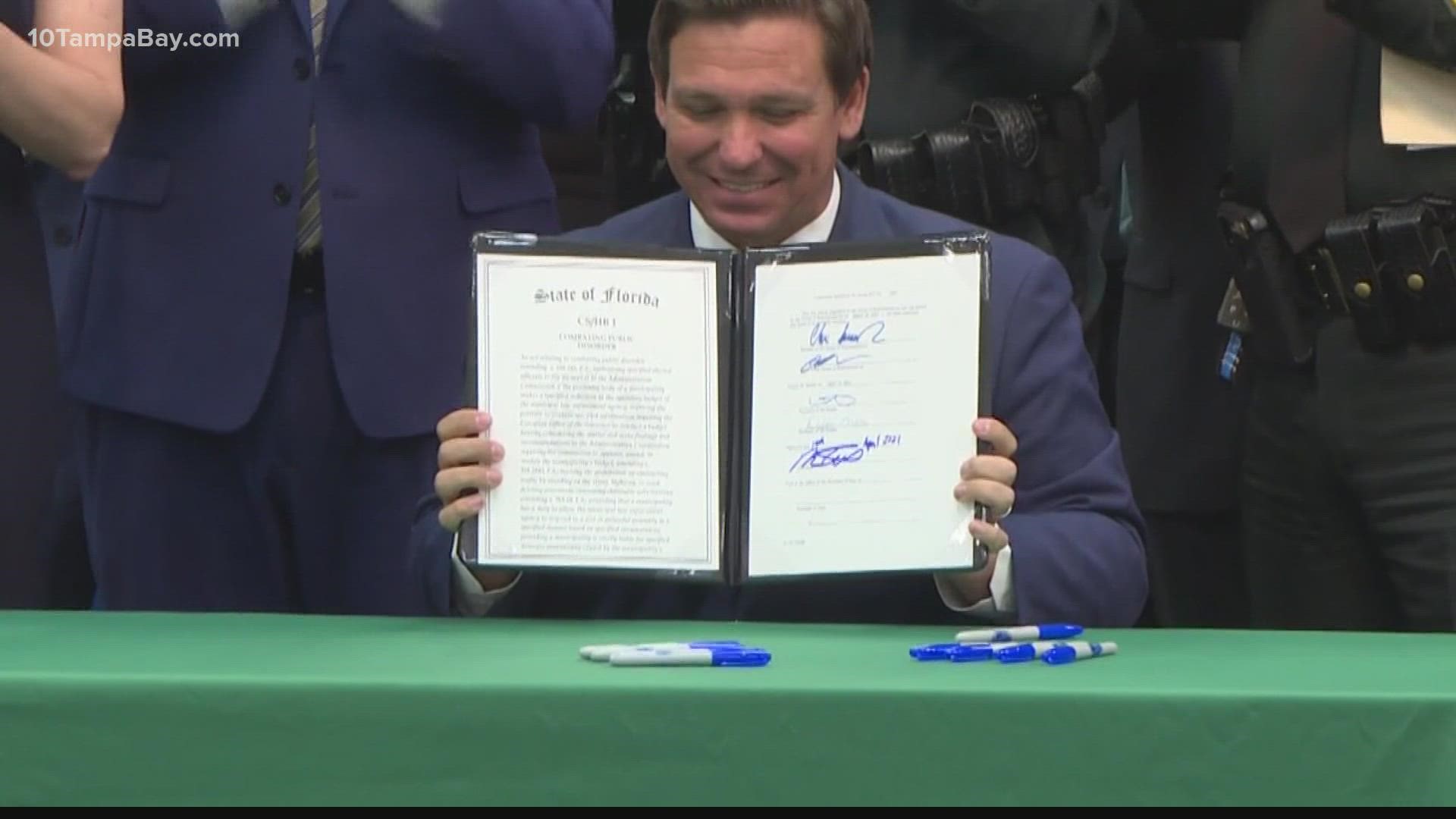 U.S. District Judge Mark Walker found the law "vague and overbroad," amounting to an assault on First Amendment rights of free speech and assembly as well as the Constitution's due process protections, according to The Associated Press.

"If this court does not enjoin the statute’s enforcement, the lawless actions of a few rogue individuals could effectively criminalize the protected speech of hundreds, if not thousands, of law-abiding Floridians," Walker wrote in his 90-page decision.

"It unfortunately takes only a handful of bad actors to transform a peaceful protest into a violent public disturbance," the judge added.

DeSantis made the law, filed as HB 1 in January 2021, a cornerstone of his agenda following protests and riots stemming from the death of George Floyd in Minneapolis.

The governor expressed optimism about the law's final outcome when asked about the judge's ruling during a news conference Thursday in New Port Richey.

The lawsuit, brought by the ACLU, NAACP Florida State Conference and Dream Defenders, argues the law is unconstitutional by violating free speech rights and could have a chilling effect on people’s right to assemble.

The ACLU of Florida has previously condemned the bill's passage, saying it was "purposely designed" to embolden disparate police treatment toward "Black and brown people who are exercising their constitutional right to protest."

DeSantis' confidence in the law was apparent when it first went before the Judge in August.

"I’m confident that we will eventually win however it shakes out," he said. "And I think that we are safer as a result of that bill."

Florida Agricultural Commissioner and Democratic gubernatorial candidate Nikki Fried said in a statement that the judge's ruling was a win for Floridians' First Amendment rights.

"Today’s injunction is a win for Floridians’ First Amendment rights, blocking enforcement of a dangerous and discriminatory law," Fried said.