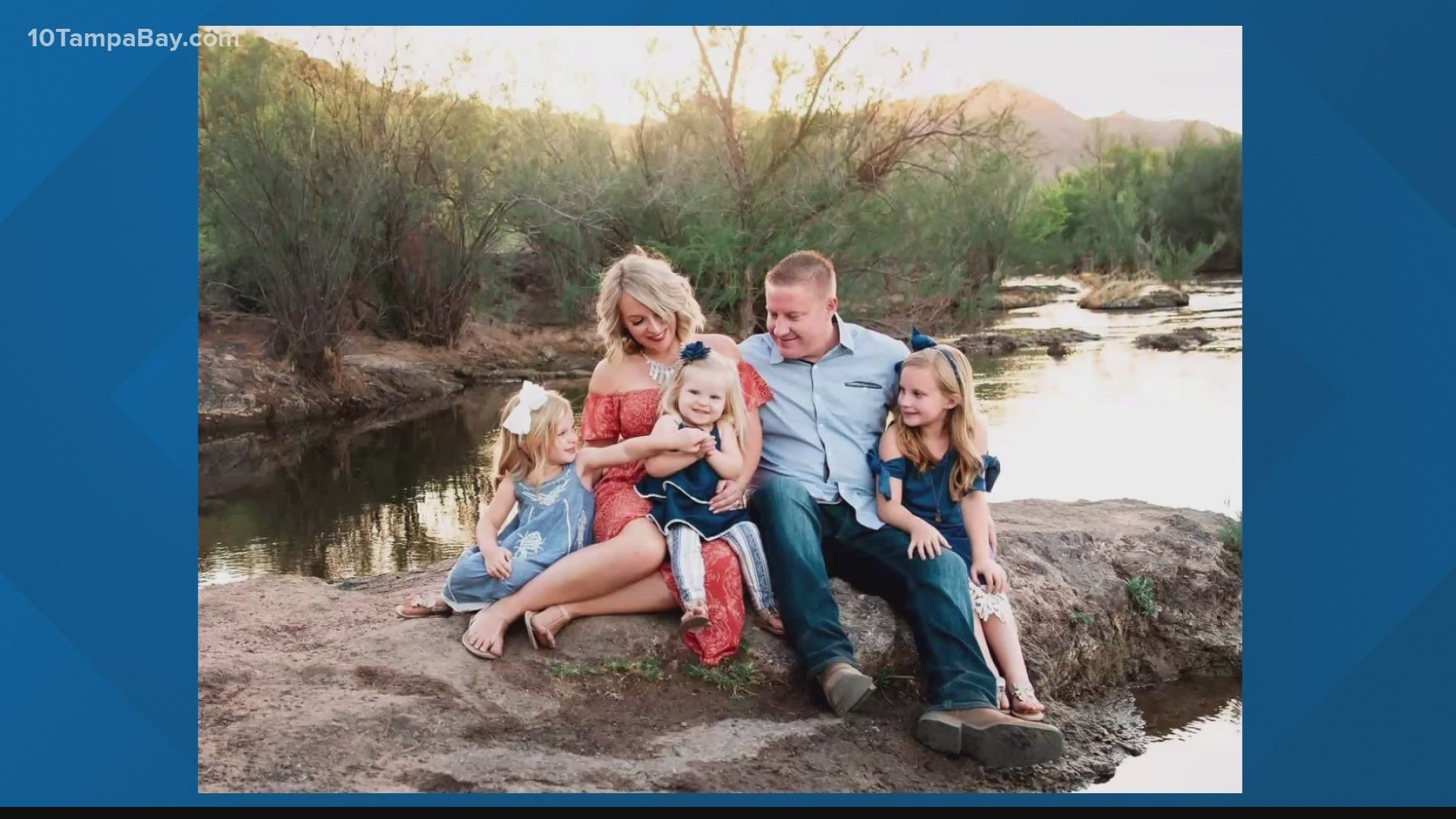 ST. PETERSBURG, Fla. — Later this week, lawmakers will vote on whether to advance a bipartisan infrastructure bill.

Transportation advocates want it to include safety measures to curb drunk driving, distracted driving and to keep kids from dying in hot cars. They say if there aren't changes, more than 183,000 people will be killed and 14 million injured in car crashes over a five-year time span.

According to the non-profit Kids and Cars, Florida ranks second in the nation for hot car deaths. Just last week, a 2-year-old girl in Homestead died after investigators say she was left in a car by a woman who was supposed to take her to daycare.

Angela Jones is an Arizona mother who lost her daughter, Charly, two years ago when her husband thought he had dropped her off at daycare when he took the other girls to school.

Charly was just two months shy of her 4th birthday when she died.

Credit: Angela Jones
Charly Jones was 3 years old when she was left in a hot car in Arizona.

“She was our little ray of sunshine who brought so much joy into our lives. She was always smiling and giggling, and she adored her two older sisters,” Jones said.

Telling Charly's other siblings what happened was one of the hardest things her mother has ever gone through.

"We had to go tell our 9 and 5-year-old daughters that their little sister was in an accident, and she wasn’t coming home," Jones said. "She was now an angel in heaven. The sounds of their cries were absolutely soul-crushing."

She says her husband was just 20-feet away while Charly was trapped in that hot car.

Jones adds, “It breaks our hearts to know that there is affordable and available technology out there that could have detected our little girl in my husband’s vehicle and saved her life.”

Many people often wonder how does a parent can forget a child in a car. Check out this 10 Investigates conversation with a neuroscientist about why it happens.