Rod Guynn says it's clear they weren't having fun. 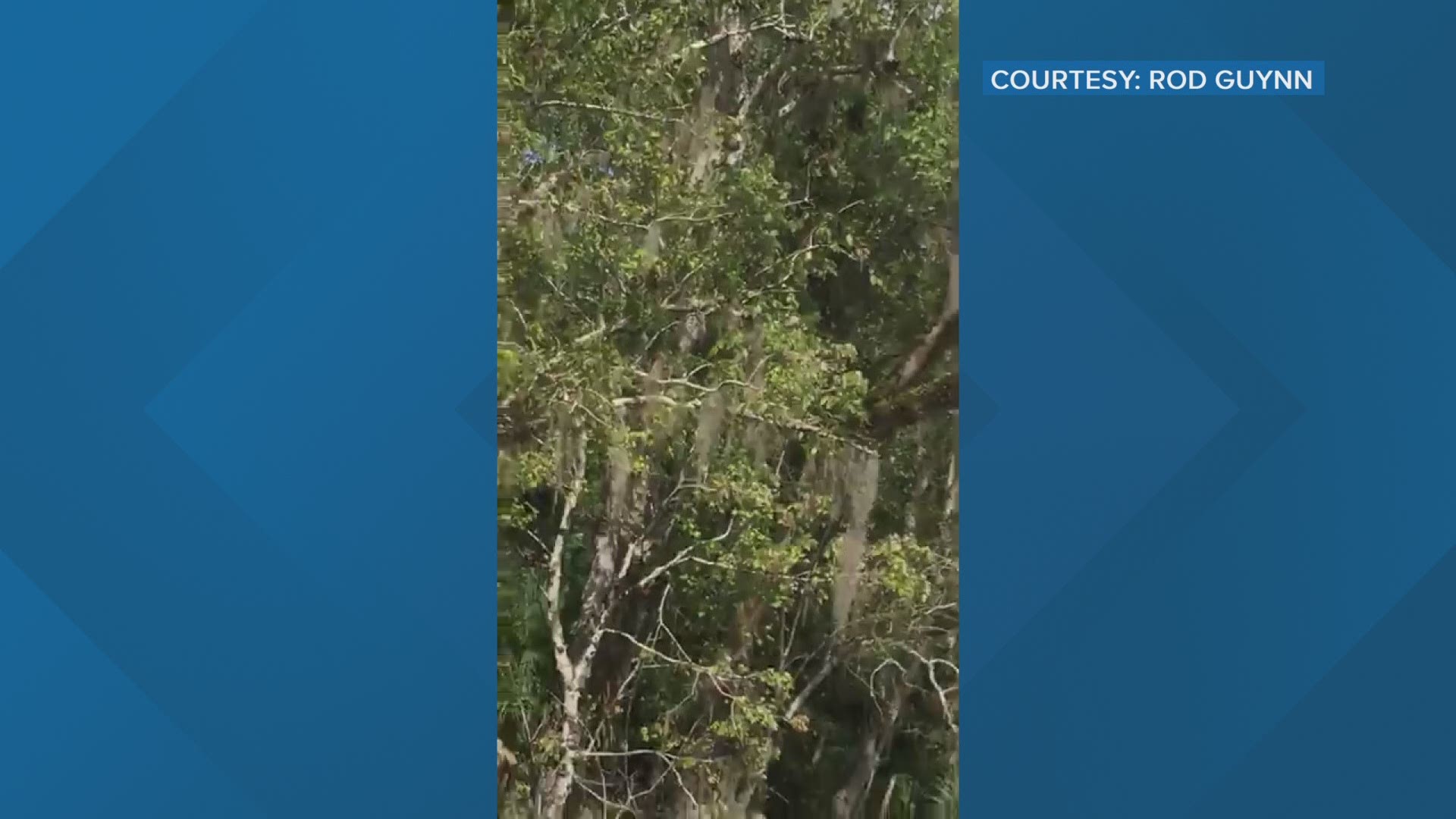 SILVER SPRINGS, Fla. — “Did someone shoot a .22 rifle? Well no, it was something splashing into the water,” said Rod Guynn.

Guynn kayaks up and down the Silver River all the time, so when he heard that sound on Oct. 29 -- over and over again -- he knew it was unusual.

He was sure it wasn't an alligator.

He was certain it wasn't a turtle.

It wasn't until he rounded a corner that he figured out what was happening.

He watched in amazement as monkeys belly-flopped into the river one after another -- then two or three at a time.

Guynn said, “This took me totally by surprise.”

“You can hear splashes beside me. You can also here splashes behind me. So, they were coming out of several trees simultaneously.”

But the splashes weren't the only sounds.

He says large male monkeys were making a racket in the trees -- screaming, barking and violently shaking the branches.

Guynn could tell this was not just a few primates monkeying around.

He thinks the males were trying to force the large troop to cross the river.

"They were frightened, it wasn’t fun," said Guynn.

He sat and watched as about 40 monkeys made their way from the north bank to the south -- braving the slow-moving water that's home to countless alligators.