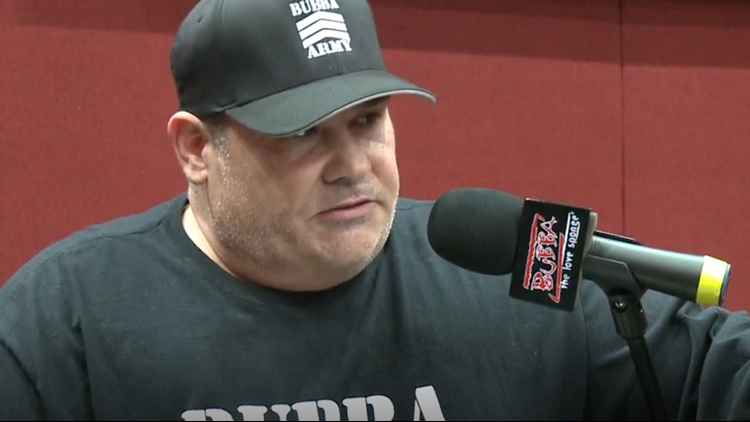 ORLANDO, Fla. — Florida man now has his own radio station.

The new Florida Man Radio is on 660 AM and 105.5 FM out of Orlando, and is hosted by Shannon Burke, Bubba the Love Sponge Clem, Scott Ledger and Justin Clark. The JVC Media station debuted Monday morning.

"We're not going to be afraid to talk about anything," Clem said to the Orlando Sentinel. "I think this is going to be some of the most polarizing radio that Orlando has had in a long time."

Clem has been off the airwaves in Tampa Bay since early May. He said on Facebook that previous employer 1040 AM radio and he couldn't agree on a deal to keep him on the air.

RELATED: Bubba the Love Sponge off the air in Tampa Bay

RELATED: What 'unearthed' audio from Tucker Carlson has to do with Tampa's Bubba the Love Sponge

Clem is no stranger to notoriety around Florida. Back in March, Clem sued Cox Media Group, claiming the company maliciously destroyed his business relationships and career because executives were jealous of his success after he left.

For years, Clem was also best friends with wrestler Hulk Hogan, who lived in the area. The wrestler reportedly once believed Clem had leaked the now-famous sex tape of Hogan and Clem's ex-wife. Hogan then sued Gawker after the footage was published on its site, and the $130 million judgment led to the blog's bankruptcy.

Burke had worked for Atlanta's NewsRadio 106.7 since 2016 but never left the Orlando area. He also used to have a show on 102.5 "The Bone" in Tampa and WTKS Real Radio in Orlando.

Clark is an Orlando-based attorney and will host the evening commute show You Have Power. Ledger will host midday show Dangerous Conversation.

Listeners can also stream the station through the iHeartRadio app and FloridaManRadio.com.