The self-proclaimed "alligator man" said he returned the snake to its home outdoors. 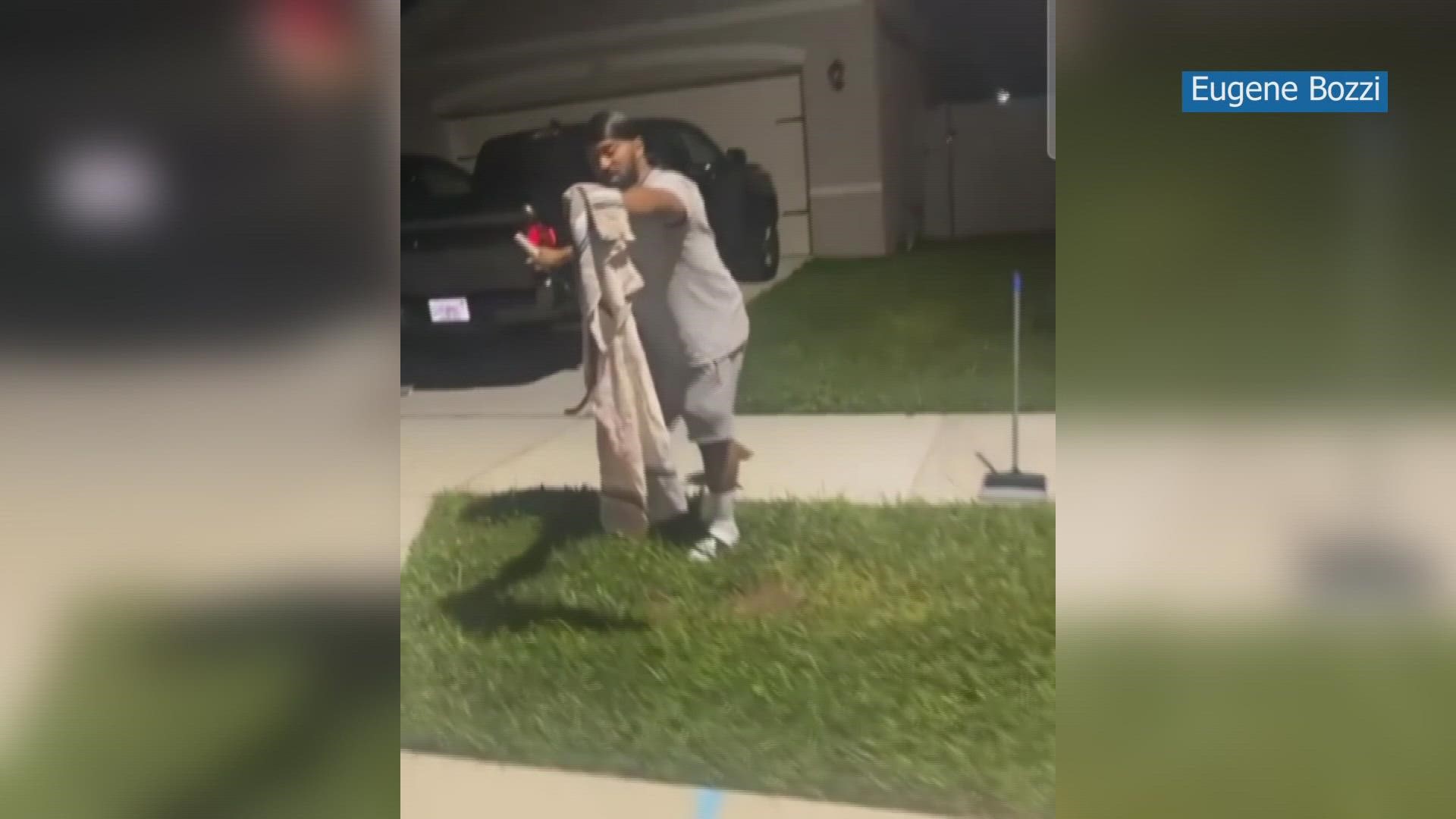 The Florida man who went viral for using a trash can to remove an alligator from his home in Orlando is once again wrangling reptiles from his neighborhood.

In a video posted three days ago on Instagram, Eugene Bozzi is seen holding a snake with a towel outside his home. He then walks along a sidewalk with the reptile at arm's length.

"Damn snakes in the house and grass lol," the video's caption reads.

The self-proclaimed "alligator man" said he returned the snake to its home outdoors.

What's even more impressive is Bozzi was able to capture both animals wearing nothing more than a T-shirt, basketball shorts and Adidas slides. The shoe company even gave him a shout-out for his efforts.

"Some heroes wear capes, others wear slides," the company wrote.

It's looking like Bozzi may have a future in animal control.

RELATED: 'I used the front like a hippo mouth': Florida man traps alligator with trash can