The FWC says there just hasn't been enough seagrass — the manatee's main source of food — in a major waterway where the animals tend to gather in the cooler months. 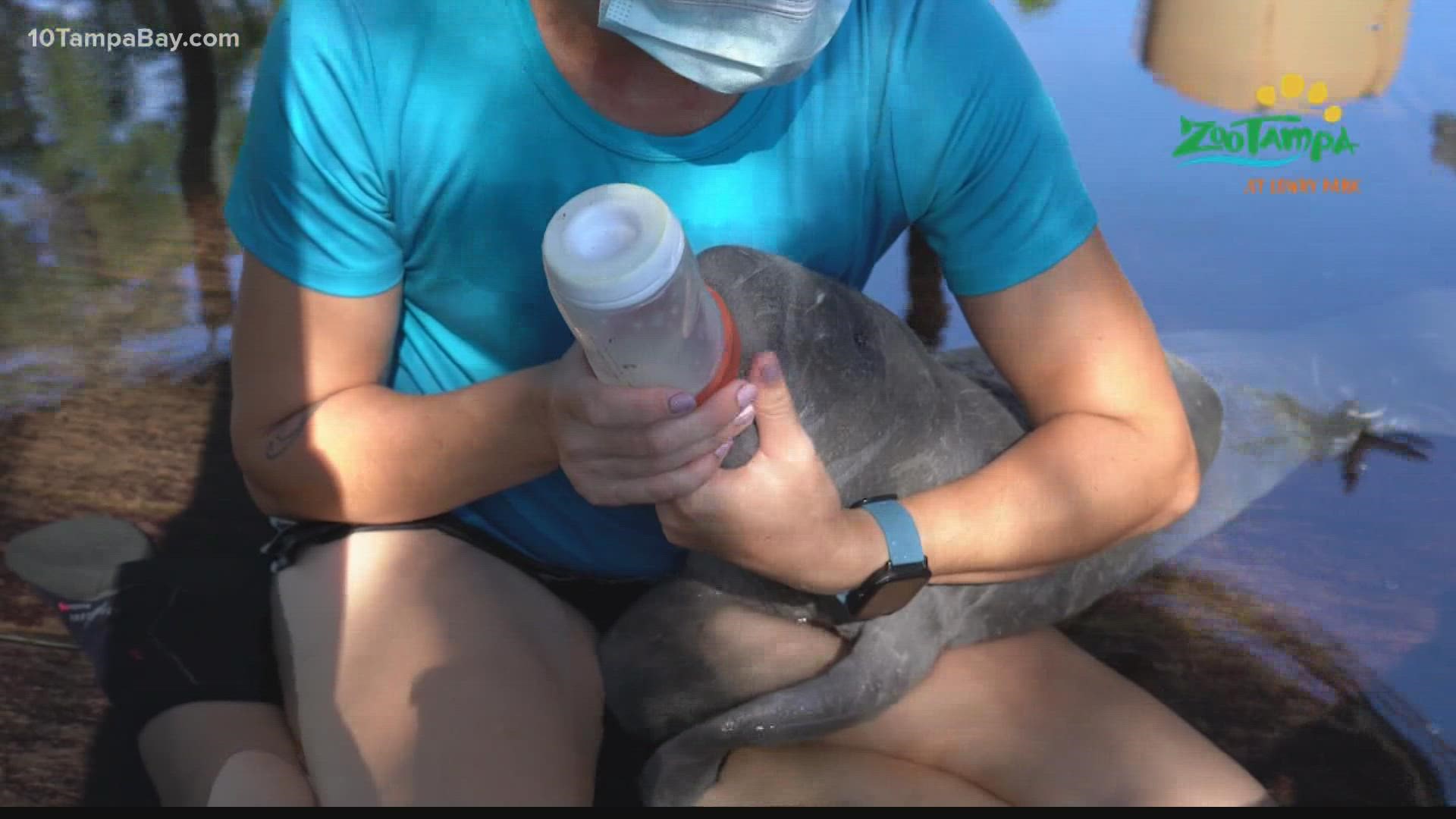 ST. PETERSBURG, Fla. — It hasn't been a good year for the beloved manatee, and it continues to get worse. For the first time, Florida reports more than 1,000 manatee deaths in a single year.

From the beginning of the year through Nov. 12, 2021, there have been a total of 1,003 deaths, according to the Florida Fish and Wildlife Conservation Commission's latest report.

The figure surpasses the total of 637 deaths reported in 2020 and even the previous all-time high of 830 deaths in 2013, which happened following a red tide outbreak, according to The Associated Press.

State wildlife officials say the biggest factor contributing to manatee deaths appears to be starvation, especially in portions of the Indian River Lagoon on the state's east coast where the animals go to congregate in the cooler months. Since 2011, the FWC said, algal blooms contributed to reduced water clarity and light penetration that prohibits seagrass from growing.

The vegetation is the manatee's primary source of food.

"The loss of more than 1,000 manatees this year is deeply concerning and will have serious repercussions for years to come," ZooTampa at Lowry Park wrote in a statement, in part.

ZooTampa announced it's joining the effort to reclassify manatees as "endangered" rather than its current "threatened" status under the U.S. Endangered Species Act. Republican U.S. Rep. Vern Buchanan wrote a letter earlier this year to the U.S. Fish and Wildlife Service asking for the manatee to be considered as "endangered" given the dramatic increase in manatee deaths.

Classification can also impact funding programs like ZooTampa receive to help them care for manatees. ZooTampa is currently caring for 18-24 manatees at a time, and that's been consistent for the duration of the 2021 year. The critical care facility typically only houses 10-12 manatees at a time.

"It's really disheartening to know the numbers are going to continue to increase-- that we may not be able to help them all," said Tiffany Burns, the director of conservation at ZooTampa.

With another six weeks left in the year, Burns is concerned the animals' needs could outweigh the resources at the ready for them. ZooTampa said a recent trend it has noticed is the need to care for orphaned calves. Manatee calves stay with their mother for the first two years of life. When rescued, they're expected to have a longer stay.

"Time is of the essence," Buchanan wrote in June.

Florida is quickly closing in on 1,000 manatee deaths so far this year. The record-breaking number of deaths loss of Florida’s iconic mammal must be prevented by immediately passing my bill, the Manatee Protection Act, to re-designate Florida manatees as “endangered.” pic.twitter.com/rr8bJZZGWl

The Florida manatee is a native species that can be found in multiple waterways across the state. According to FWC, there are an estimated 7,520 to 10,280 manatees statewide today. The agency reclassified them from an endangered species in 2017.

"Manatees are in serious trouble," ZooTampa said. "Our David A. Straz, Jr. Manatee Critical Care Center, which is the second-largest in the country, has been operating at near capacity for almost 10 months, providing around the clock care and rehabilitation to the most critically ill manatees from across Florida including a record number of orphaned calves."

ZooTampa is one of just four manatee critical care centers in the U.S.

Soon, Clearwater Marine Aquarium will be expanding to help with rehabilitation efforts for manatees, too. Early next year, CMA will break ground on a rehab center in its Fred Howard Park location. In the next 2-3 years, CMA will complete a $10 million project to renovate a dolphin habitat to house and care for manatees. The two projects will create an additional 12 "beds" for manatees in need of care.

Dr. James Powell, president of CMA, said the increase in manatee deaths has been astonishing in the decades he's researched and studied the sea mammals.

"We hope to have our rehab pools at Fred Howard Park completed as soon as we possibly can to increase capacity during this crisis," Powell said.

Powell said 50 years ago, experts estimated there were roughly 1,000 manatees in Florida. Now, it's how many have already died this year.

"The starvation of manatees because their food, seagrasses, has disappeared as a cause from nutrient loading must be a wakeup call," Powell continued. "Our waterways are becoming sick and dying, manatees are a victim, we must do more to address the underlying and complex causes."

Experts expect the coming months to be a tough time for manatees this year. In 2019, the winter season was the deadliest for manatees.