The bill also requires health care professionals to tell law enforcement if a patient is threatening to carry out a violent act. 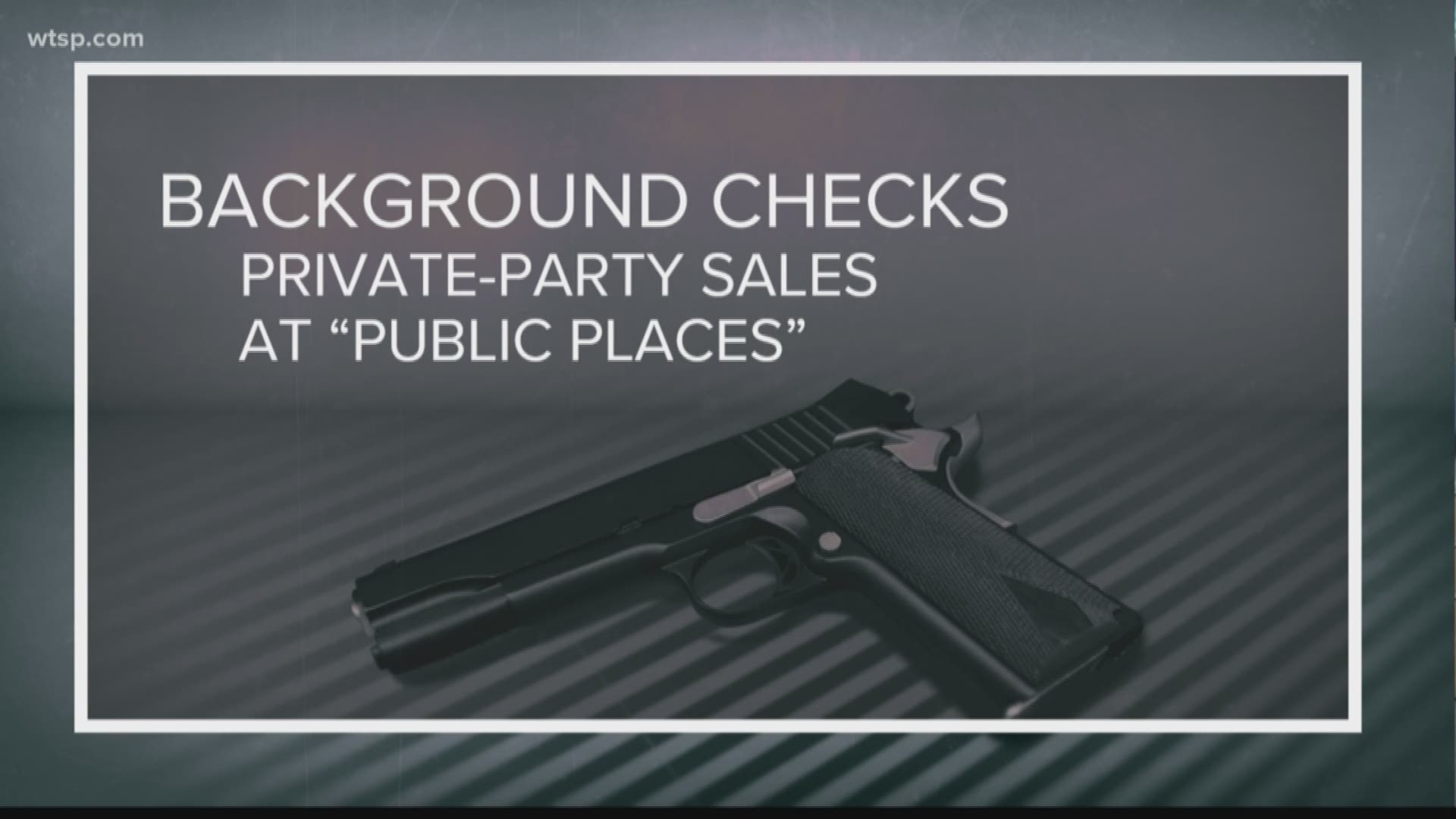 TALLAHASSEE, Fla. — Florida would require background checks before weapons could be sold at gun shows and would require private gun transactions be documented under a bill unanimously approved by a Senate committee.

The Senate Infrastructure and Security Committee approved the bill Monday. The legislation also would require health care professionals tell law enforcement if they believe a patient is threatening to carry out a violent act that would seriously harm or kill someone.

Senate Bill 7028 also would ban sales of weapons in public, including gun shows and flea markets, unless a criminal background check was completed.

She reportedly said, "a vote for this bill is a vote for massive gun control."

Also in the room during the committee vote were members of the gun-control group Moms Demand Action, Mower reports. They were in support of the bill but with a reservation, wanting it to require all gun sales to go through background checks.