Vacation rentals have been barred from operating since late March because of the coronavirus pandemic. 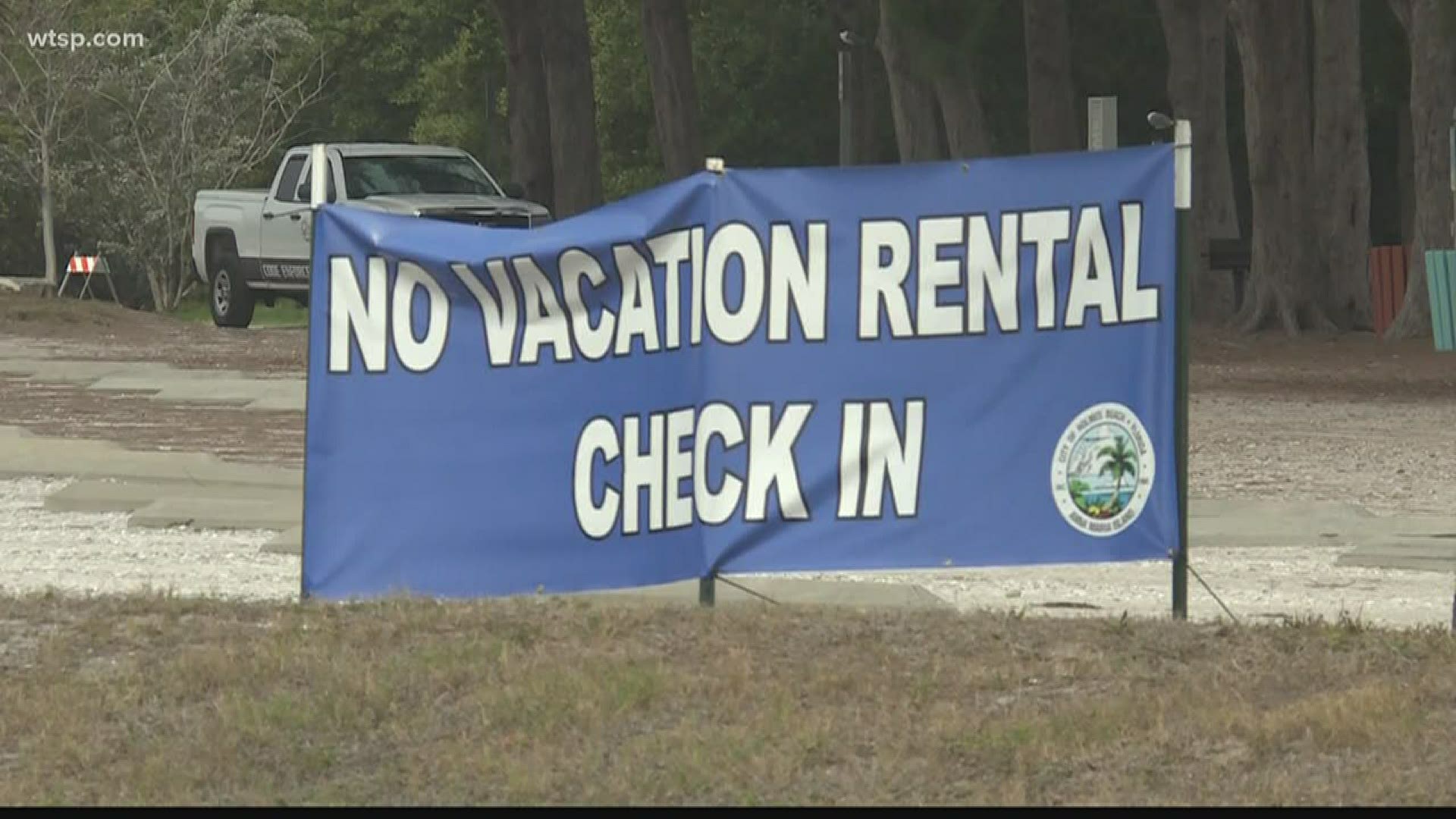 Hotels are open, but private vacation rentals are closed – and that’s not fair.

That’s the argument a group of Floridians is making in a lawsuit they filed Thursday in federal court against Gov. Ron DeSantis.

Galen Alsop is a retired fighter pilot, and his wife Wendy left her teaching job to manage the rental home in Destin they purchased with their life savings.

Mark Peery lives in Panama City Beach, and according to the lawsuit, renting his 21 properties and 150 weeks of time-share rights accounts for his whole livelihood.

The final plaintiff is a company – Florida Beach Rentals, LLC – which acts as a rental agent for more than 200 properties around Tampa Bay.

They all say the governor’s executive order was “vague”, “discriminatory” and deprived them of their constitutional rights.

“[Gov. DeSantis] banned vacation rentals while leaving open hotels, resorts, and timeshares. Timeshare condos are allowed to open, resort lodges that are like condos are open. Condotels and fractionally-owned condos have basis to operate,” the lawsuit reads.

“The stated goal of keeping risky outsiders from coming to Florida is defeated in view of capacity-filled RV parks and hotel parking lots filled with out-of-state license plates.”

And, the plaintiffs say, that distinction cost them a lot of money.

Florida Beach Rentals said it has already lost more than $1.5 million, according to the lawsuit. Gasner said he’s losing about $10,000 a month because of his inability to rent his properties. Peery said he will lose $78,500 by the end of May.

The lawsuit asks for an injunction on the governor’s orders to halt the ban on vacation rentals and for an unspecified monetary award to cover attorney's fees and any damages for the named plaintiffs.

10News has reached out to the governor's office for comment on this lawsuit. We will update this story when we hear back.

Vacation rentals have not been allowed to operate since late March when DeSantis signed executive orders closing down much of the state except for essential services. Phase one of reopening the state, which began May 4, allows limited capacity at restaurants and retail stores, among other things.

The ban on vacation rentals wouldn’t be lifted until phase two. In that phase, the governor said rentals should open and operate only for in-state reservations, meaning those from out of the state or the country wouldn’t be allowed to rent.

And, vacation rentals would have to input a 72-hour window between check-ins for cleaning and disinfecting.

DeSantis has not announced when phase two of Florida’s reopening would begin.