Florida votes to increase the minimum wage to $15: Here are the possible pros and cons 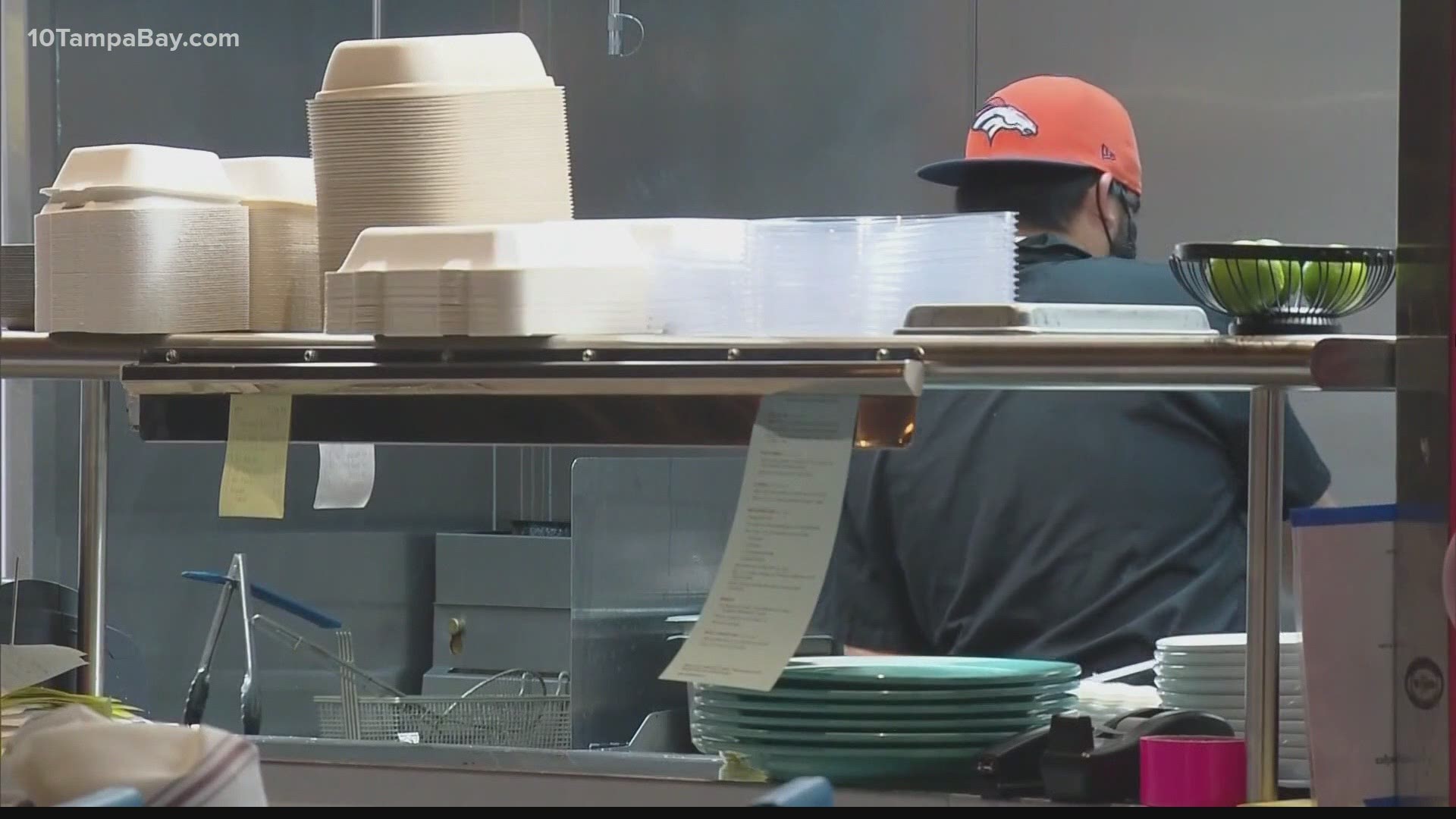 TAMPA, Fla. — It’s no longer a matter of if, but when, Florida’s minimum wage will increase to $15 an hour.

Florida voters gave the idea the thumbs up by a slim margin on Tuesday, and that has left businesses bracing for the inevitable. The wage increase won't be immediate, but rather a gradual increase until minimum wage hits $15 an hour by 2026.

Meanwhile, for tens of thousands of part-time and low-wage earners like Alfredo Estrada, increasing Florida’s minimum wage to $15 an hour could be life-changing.

“Anything that’s helping people should be a good thing,” Estrada said.

Still, for small business owners and even bigger industries that rely on low-wage labor, it’s hard to see it that way.

“To be able to take everyone up there and have that be the place that we start from is scary, it’s a scary thing,” said restaurant owner Rayme Rossello, who wonders how she could suddenly pay her staff that much more.

Lots of business owners like Rossello say the incremental increase over the next six years could be crippling.

It’s even harder to fathom, she says, as they try to deal with COVID-19.

“Right now, during a pandemic, a 100-year pandemic, it’s a lot to ask,” Rossello said. “I want to be able to continue to have as many people on staff every day as we have.”

RELATED: Florida voters agree to increase the minimum wage to $15 per hour

Well-known attorney John Morgan says he put $6 million of his own money into getting Amendment 2 passed.

Morgan says the increases are phased-in over six years to help businesses adjust.

In Florida, it’s estimated more than a million low-wage earners will be impacted by having passed Amendment 2, and 80,000 people in Florida will be lifted out of poverty.

But, there’s also concern that some business owners may scale back workers' hours and even fire some employees to offset the cost.

The Florida Restaurant and Lodging Association, for example, says moving toward a $15 minimum wage will lead to an estimated 158,000 job losses statewide. And, indirectly, all of us could end up paying more for goods and services to offset the expense.

“If we raise our prices on our menu,” Rossello said. “Then everybody loses.”

Not everybody, Estrada said.

Even in a good economy, low-income earners say it never seemed to be the right time to raise the minimum wage.

“The people that are having to pay the $15, the way you have to look at it is that you’re helping a person do better,” Estrada said.

Florida’s minimum wage will increase incrementally beginning in September 2021, rising from $8.56 an hour to $10 an hour. It will then increase an additional dollar per hour each year until 2026 when it reaches $15 an hour.

RELATED: A living wage or higher prices? Breaking down the two sides of Amendment 2