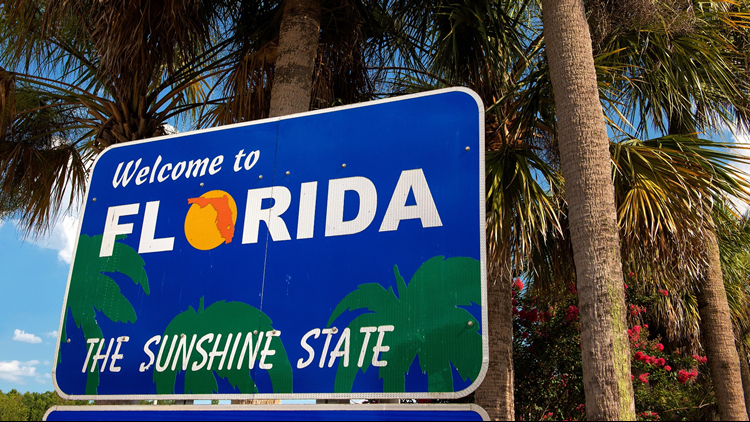 Photo by: Getty Images/iStock
Welcome to Florida sign with palm trees in background.

Floridians have one of the 'least sexy' accents, travel site says. What accent?

ST. PETERSBURG, Fla. — Floridians have the "least sexy" accent, according to Big 7 Travel.

As a second-generation Floridian, I have to ask: What accent?

According to Big 7's list of the Top 50 Sexiest Accents in the USA, "Floridian" ranks 44, reportedly just slightly worse than a Pittsburgh accent.

Sorry, Long Islanders, your accent was deemed the "least sexiest" in the nation.

The sexiest accent according to Big 7's users? Texan.

But do native Floridians really have accents? Do we really pronounce sandwich as "sangwich"?

Floridians are also more likely to pronounce both "pin" and "pen" as "pin."

These linguists categorize Central and South Florida in the Midland dialect category alongside cities like Atlanta and Charleston, South Carolina. These cities and regions have been found to contain a large number of people from other states.

The atlas also specifies the "Miami accent" widely-spoken in South Florida as being developed by second- and third-generation Hispanics.

An Orlando Sentinel article from 1997 said Florida Crackers developed their own dialect in the English language using "Southern dialect and unusual corruptions of words."

The Sentinel said Crackers also use "crackerisms" like "as pleased as a blind hog findin' an acorn tree."

Big 7 also lists a Tallahassee accent in the 37th spot. The site said you'll most likely hear a Southern twang in people from Tallahassee. They say "y'all, but not quite right."

The site ranked the Miami accent 13th, saying it has a "sexy rhythm as Spanish with Cuban loanwords thrown in for good measure."