The legendary football coach led the Seminoles to two national championships during his 34 years with the team. 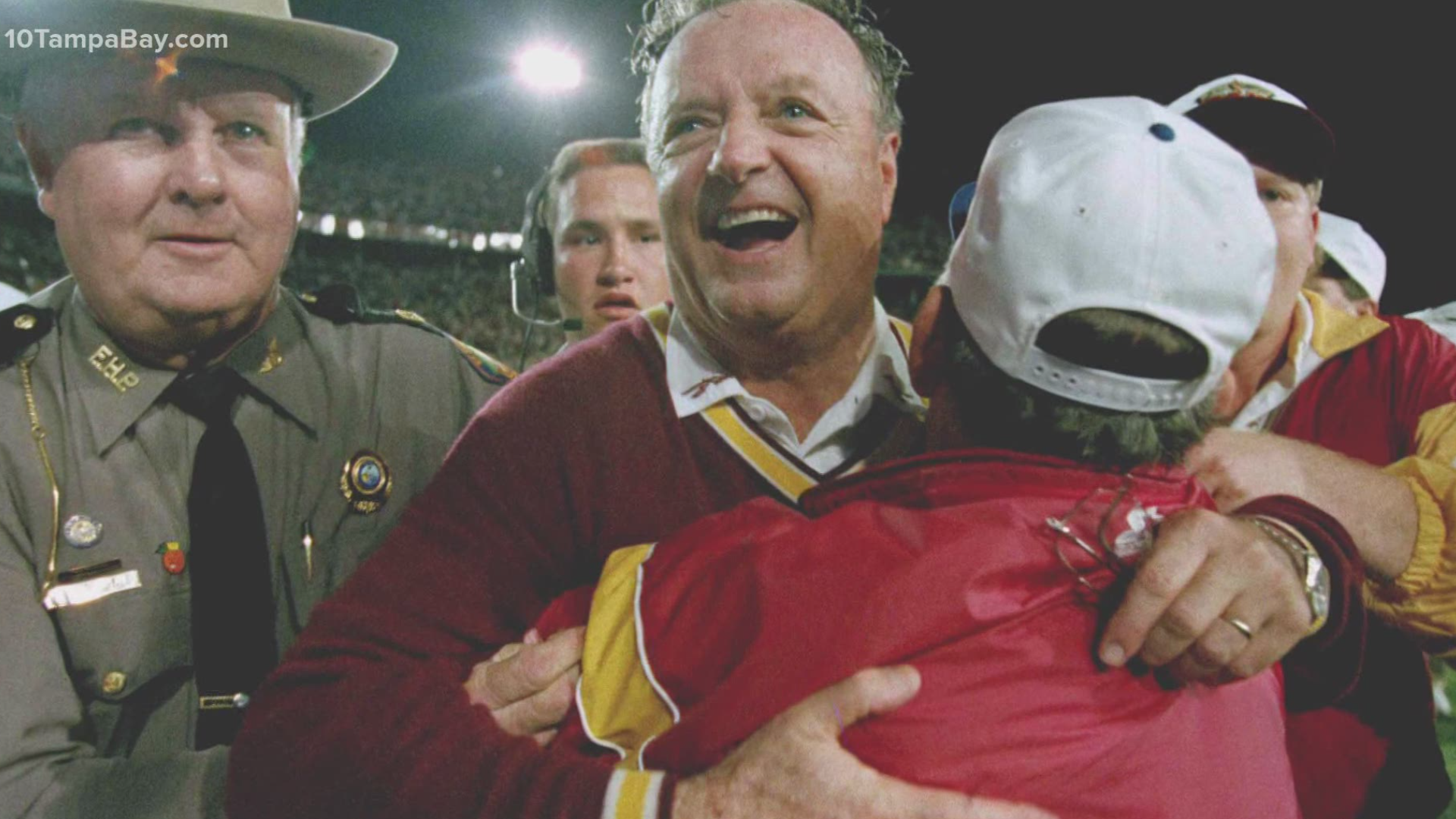 "I've always tried to serve God's purpose for my life, on and off the field, and I am prepared for what is to come," Bowden said in a statement. "I am at peace."

The Bowden family, who the football coach called "life's greatest blessing," has asked for privacy during this time, the newspaper reports.

Bowden, who is set to turn 92 in November, was diagnosed with COVID-19 in Oct. 2020. The Tallahassee Democrat says his health has deteriorated since he was hospitalized for the virus and he is now resting comfortably at home under supervised care.

In April the FSU legend was honored with the Florida Medal of Freedom at Gov. Ron DeSantis' mansion. In addition to the awarded medal, the governor declared April 7 as Bobby Bowden Day in Florida.

"In 1976, football in the state of Florida changed forever when Coach Bowden showed up in Tallahassee," DeSantis said.

"Coach, although your accomplishments on the field are unmatched...your legacy, as the governor said, goes far beyond football," FSU President John Thrasher added.

Bowden coached Florida State University for 34 years from 1976-2009 and is second on the major college victories list, according to ESPN.

During his time coaching the Seminoles, he led the team to two national championships, 12 ACC championships, and 14 consecutive seasons listed in the Associated Press' Top Five, according to FSU. The university says he also coached two Heisman Trophy winners and a Rhodes Scholar.

The 91-year-old was inducted into the College Football Hall of Fame in 2006.