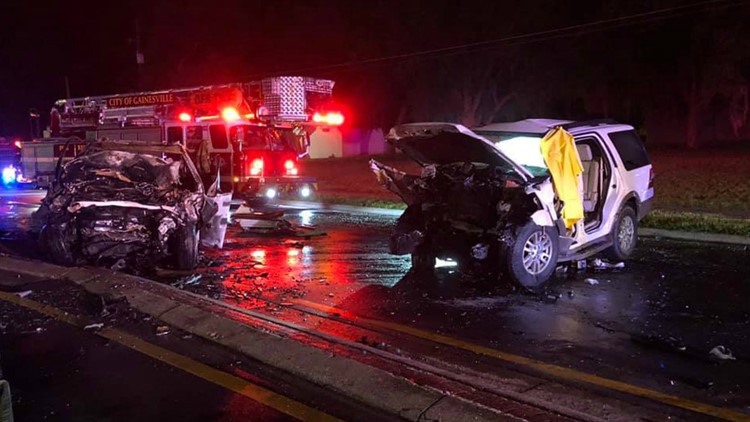 5 dead when cars burst into flames after Florida crash

GAINESVILLE, Fla. (AP) — Five people are dead after a fiery crash in Florida.

Gainesville Fire Rescue reports it responded to a two-car crash at 4:30 a.m. Saturday. One of the vehicles caught fire and the flames spread to the second vehicle.

Firefighters worked to remove the cars' occupants while others put out the fire.

Five occupants died at the scene while a sixth was taken to a hospital in critical condition.

The identities of the victims weren't immediately released. Florida Highway Patrol is investigating the cause of the crash.