"It's pretty clear that this was a virus that almost assuredly leaked out of this lab in Wuhan," DeSantis said. 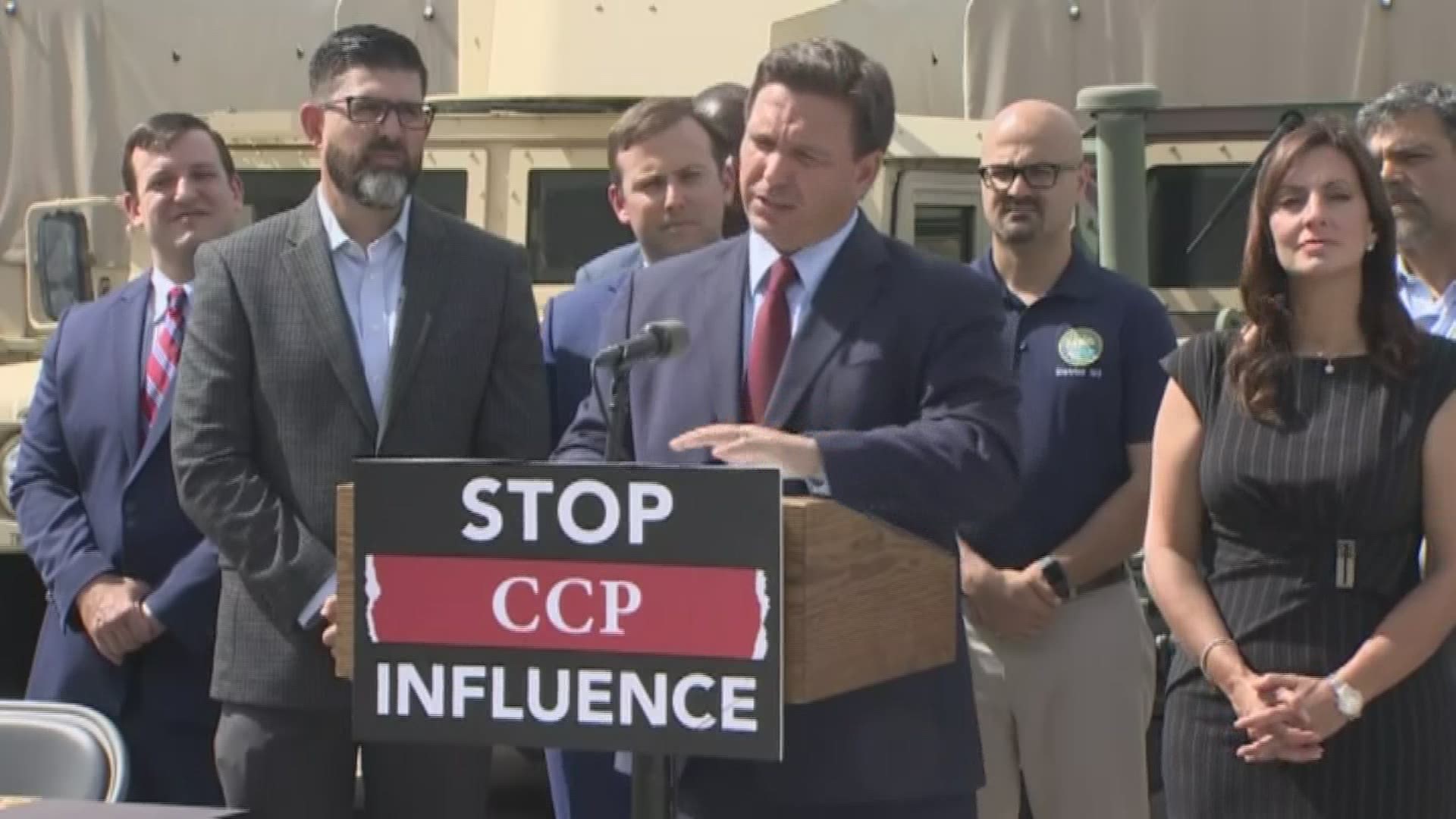 MIAMI — In a news conference Monday decrying Chinese espionage and the theft of trade secrets by members of the Communist Party of China, Florida Gov. Ron DeSantis blamed China for trying to "cover up the origins of COVID-19."

"It's pretty clear that this was a virus that almost assuredly leaked out of this lab in Wuhan," DeSantis said. "This is a lab where these scientists were working closely with the Communist Party of China, as well as the Chinese military."

The governor said China did not ask for assistance, spread information about the virus or give other nations a heads up.

"They tried to cover it up, and basically the world has had to endure over a year and a half of a lot of bad stuff as a result of this," DeSantis said. "So, they covered it up and they need to be held accountable for this."

At the beginning of 2020, the governor said, there were people "scurrying around" to cover up the fact that the virus that causes COVID-19 "very well likely" came from a Chinese lab.

"There is no single entity that exercises a more pervasive, nefarious influence across a wide range of American industries and institutions than the Communist Party of China," DeSantis said.

The governor also accused corporate media in the U.S. of trying to suppress the "truth about the lab leak theory."

He said "Big Tech" runs interference for China, citing a recent incident in which Bing users looking for the search term "tank man" were met with no image results on the anniversary of the bloody military crackdown in Beijing's Tiananmen Square in 1989.

"Enough is enough," DeSantis said. "We've got to start fighting back."

DeSantis and several state lawmakers previewed the legislation in March, days before the 2021 legislative session began. The measures include preventing academic institutions from establishing foreign-language or cultural programs from certain countries, including China, North Korea, Syria and more.

That includes the controversial Confucius Institute, which the state of Florida terminated partnerships with in 2019.

See below for a list of provisions in the legislation on preventing foreign theft and combatting corporate espionage in Florida:

Safeguarding Public Entities and Recipients of Public Grants or Contracts