The governor highlighted spending on the environment plus teacher and first responder bonuses. 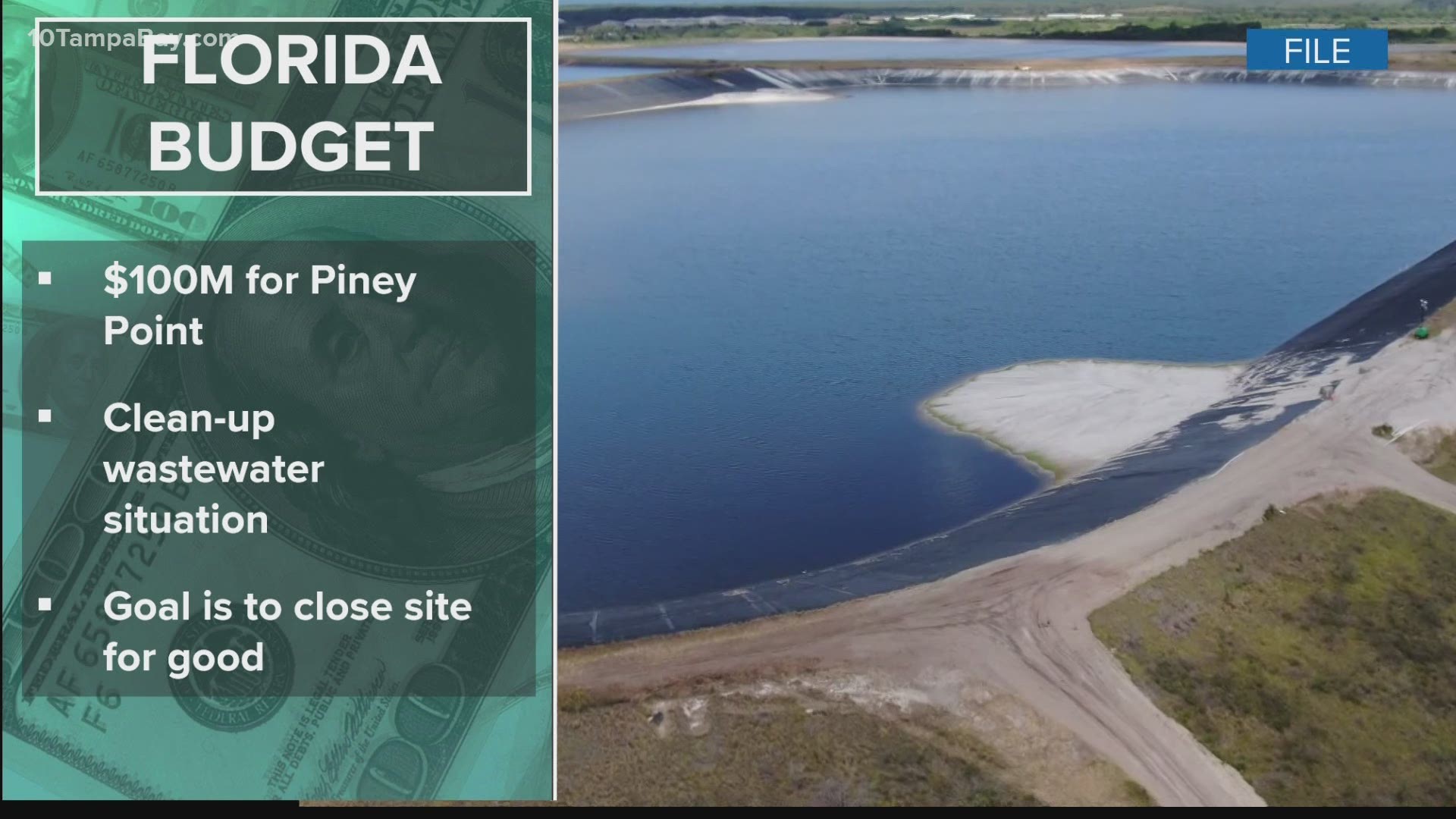 In April, lawmakers passed the budget to the tune of $101.5 billion, with $6 billion being left in state reserves. DeSantis said during a press conference in New Smyrna Beach that, right now, the budget actually shows $9.5 billion in reserves.

DeSantis said what he was vetoed $1.5 billion in total spending, including $1.35 billion from federal funds received under the American Rescue Plan Act of 2021.

Below are some of the big-ticket items in the budget:

Lawmakers set aside $100 million to clean up the wastewater situation at the former Piney Point phosphate plant and ensure its closure. A full collapse at the site was recently avoided, but wastewater flowed into Tampa Bay.

Bonuses for first responders and teachers

Gov. Ron DeSantis had asked for $1,000 bonuses for educators and first responders as a 'thank you' for all their work during the COVID-19 pandemic.

The governor previously outlined the funding for teachers and school principals will come from the ESSER funds, while bonuses for first responders will dip into federal funding received as a result of the pandemic.

The budget allocates around $216 million to put money in the pockets of nearly 3,600 principals and 180,000 full-time classroom teachers. First responders will have their funds administered by the Florida Department of Economic Opportunity at around $208 million total.

A lump sum of more than $94 million for employee compensation and benefits includes allocating money to ensure an increase in the minimum wage for Floridians.

Under the budget, all eligible state employees' pay will be bumped to $13 per hour started July 1, 2021. The adjustment will put someone who works 40 hours a week just above what the federal government considers a poverty income for a family of four.

Each state agency is also required to develop a plan that includes the estimated costs to implement a $14-$15 minimum wage. Those plans are due by November 1, 2021.

Out of the General Revenue Fund, $500 million in recurring funds will be provided for the Teachers Salary Increase Allocation.

Of that, the budget outlines 80 percent will be provided to school districts to increase the minimum base salary for full-time classroom teachers.

Educators will also be required to be paid a base salary no less than $47,500.

Three separate lump sums will be heading into the systems created to help protect children in Florida.

Funding will be used to implement child welfare best-practice initiatives like family-finding and to implement evidence-based prevention services "that meet the requirements of the federal Family First Transition Act."

The allocated funding comes in at around $44.2 million.

However, despite all the money that went around, there were a few items the governor decided to veto.

A few local colleges were also left out of the final budget. DeSantis decided not to give Pasco-Hernando State College $1 million, St. Petersburg College missed out on $674,000 and State College of Florida, Manatee–Sarasota did not receive the proposed $250,000.

ZooTampa would have received $200,000, but the governor vetoed that well.

A full list of the governor's budget vetoed can be viewed here.