Critics of the bill claim that it may increase rates for customers of the state-backed Citizens Property Insurance Corp. 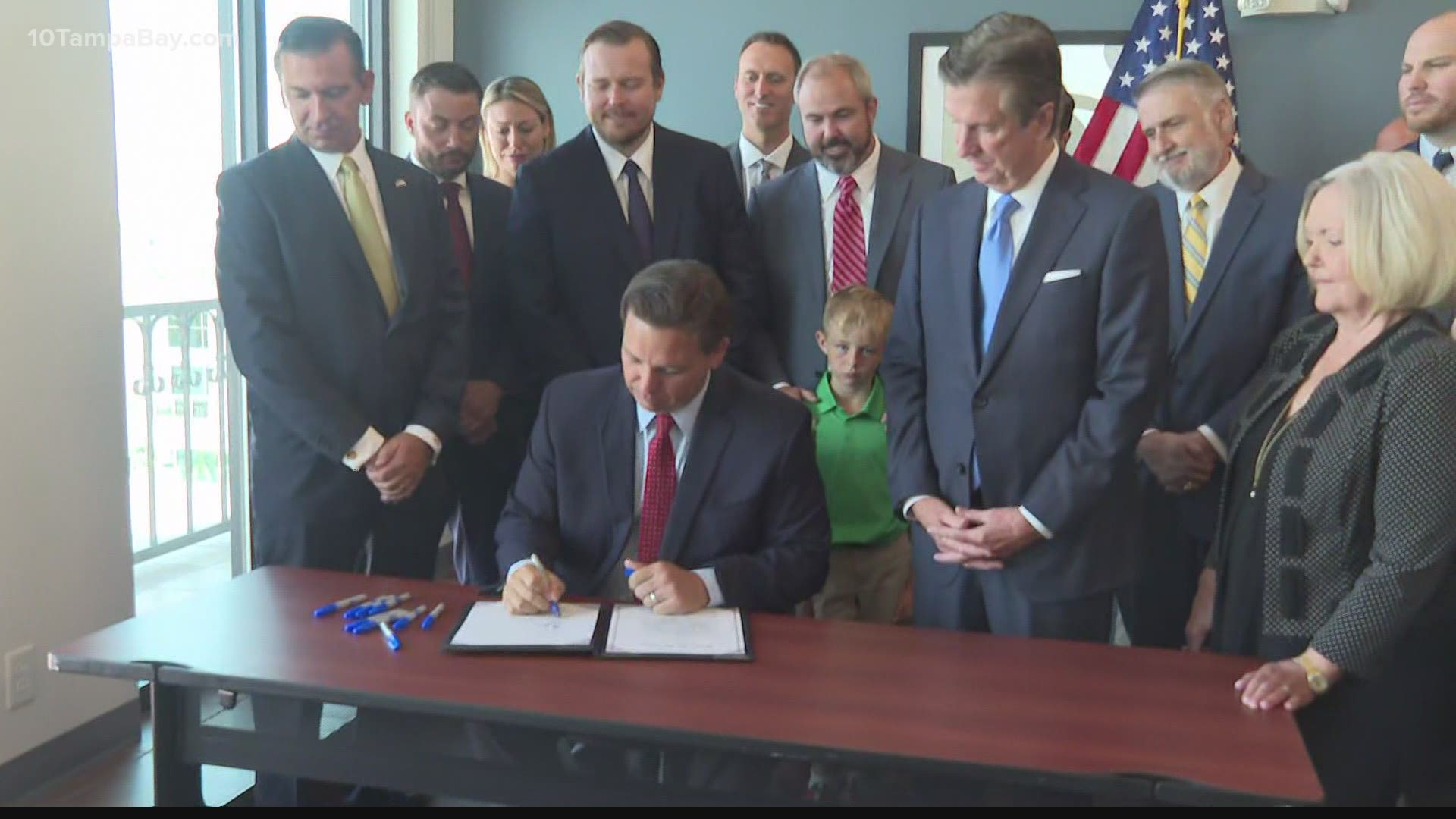 The governor put pen to paper on the legislation in Sarasota where he hosted a roundtable of state leaders and insurance industry representatives.

"Many of you know over the last decades, there's been a lot of ups and downs in this property insurance market," Gov. DeSantis said. "You've seen major premium increases, and you even see some homeowners they just, their policies get canceled. They get dumped on the citizens. So, we wanted to do something to stabilize that."

DeSantis added that the bill aims to give consumers more policies that are "affordable" and that will "protect them from whatever mother nature throws our way."

The bill slashes the time to file property insurance claims from three years to two, reduces attorney multiplier fees, and allows insurers to cover only the depreciated rather than full value of replacing roofs more than 10 years old.

Senate Banking and Insurance Chairman Jim Boyd, a Bradenton Republican who sponsored the bill, said it would bolster an insurance market that has seen wide-ranging rate increases and policies pouring into Citizens Property Insurance, according to Florida Politics.

However, the bill drew criticism during Florida's legislative session from lawmakers who argued about the prospect of price hikes for customers.

“There is no sugar-coating this,” Democratic Sen. Annette Taddeo said, per the Tampa Bay Times. “It literally is going to raise the rates.”

You can watch the full roundtable discussion below.