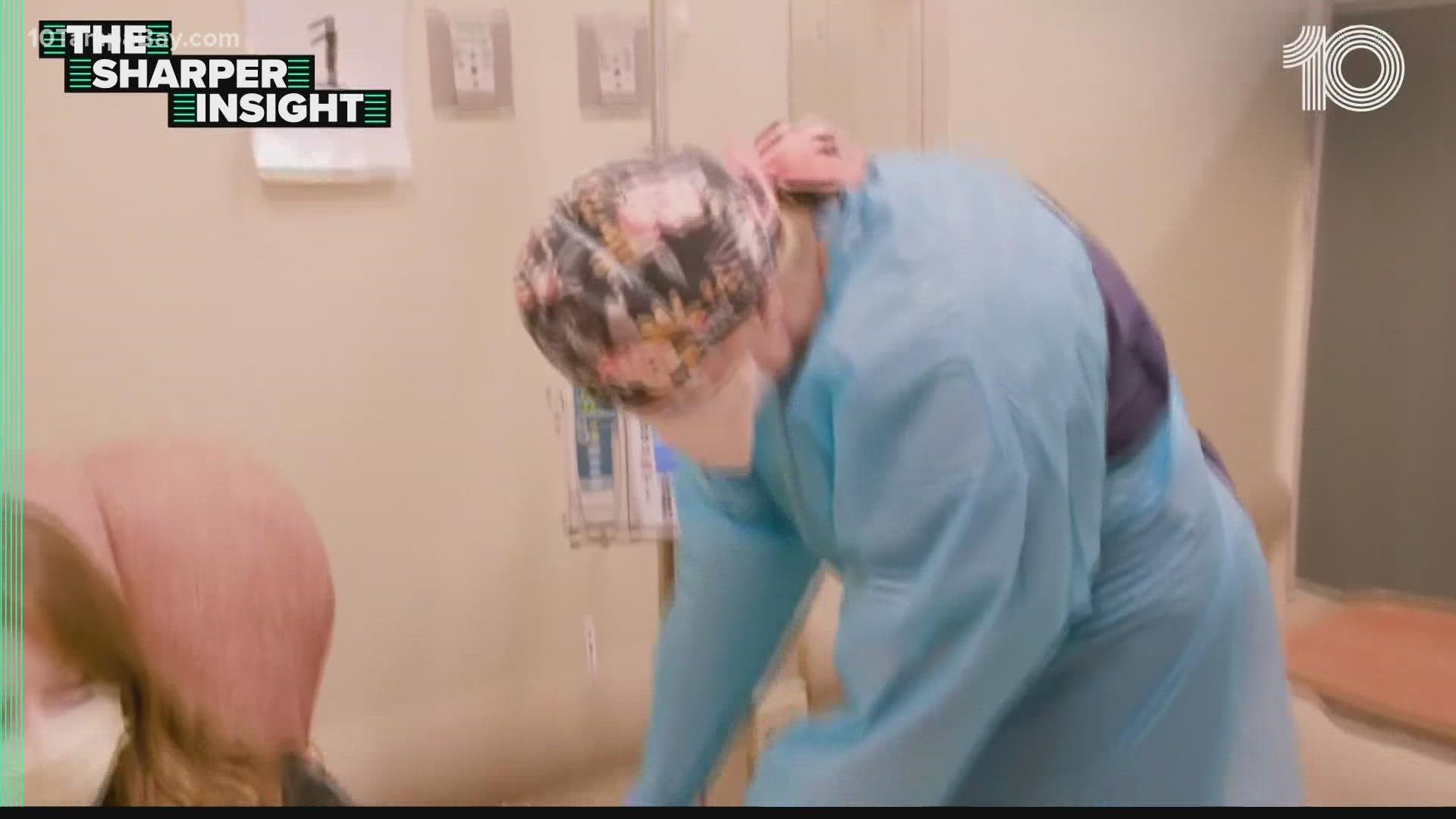 TALLAHASSEE, Fla. — The Sunshine state officially has its next surgeon general.

Ladapo comes to Florida from the David Geffen School of Medicine at UCLA where he was an associate professor and cared for hospitalized patients.

According to the governor, Ladapo has a "remarkable academic and medical career" and earned his medical degree and PhD at Harvard. Ladapo also completed both his medical training in internal medicine and residency at the Beth Israel Deaconess Medical Center.

"We feel that Joe is just the right guy for the job," DeSantis said. "I think he's gonna do very well here and certainly we're welcoming him with open arms."

Ladapo, who immigrated to the U.S. from Nigeria when he was young, said that he was honored and overjoyed to be stepping in as Florida's next surgeon general.

During his announcement, Ladapo shared that he plans to approach public health in a thoughtful and positive way in hopes of setting an "example for other states around the country and maybe even further than that."

Today, I appointed Dr. Joseph A. Ladapo, MD, PhD as Florida Surgeon General and Secretary of the Florida Department of Health. He has a remarkable academic and medical career, and will bring great leadership to @healthyFla. Watch: https://t.co/7b3KnwIpjI

When it comes to his outlook for the role, Ladapo said he wants to focus on three main areas. The first being that "Florida will completely reject fear as a way of making policies in public health."

According to Ladapo, fear should not be the centerpiece of public health policy decisions. Instead, he says Florida needs to think globally about its approach to public health matters.

The remaining areas of focus for the state include a promise to "always be clear" about when they are discussing data or impressions of the data at hand and never losing sight of public health being comprised of more than one thing.

Ladapo during his announcement shared that he is against lockdowns and that he believes vaccines should be left up to each individual.

But organizations like the Centers for Disease Control and Prevention, World Health Organization and several health experts find otherwise.

The CDC also recommends people who already had COVID-19 get vaccinated. A study published last week by the agency found COVID-19 survivors who never got vaccinated were more than twice as likely to get reinfected than those who were fully vaccinated.

The WHO, in the past, has pushed those who were already infected by the virus to "not wait."

10 Tampa Bay spoke to Dr. Nicole Lovine, an epidemiologist with the University of Florida’s Division of Infectious Diseases and Global Medicine, who stressed that while people who've recovered from COVID-19 have some level of natural immunity, it’s not as robust or as long-lasting as immunity from the vaccine.

You can find where to get tested for COVID, get a vaccine or get monoclonal antibody therapy in Florida here.