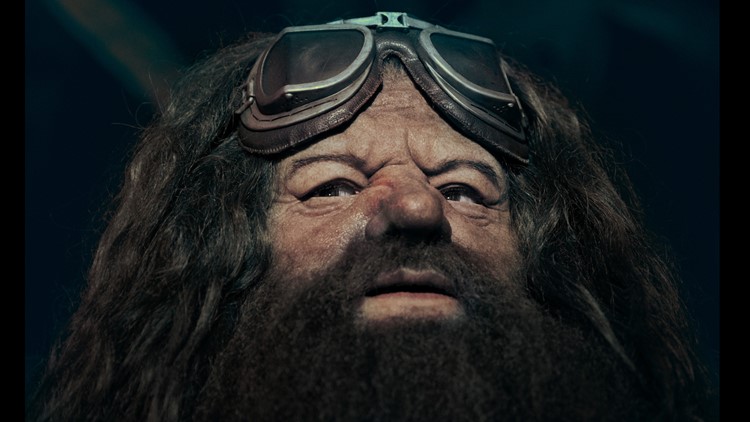 ORLANDO, Fla. — Since the beginning of Harry Potter's adventures into the 'Wizarding World of Magic', Hagrid has been a steady supporting character for the wizard and all his fans.

That's why it only makes sense for Universal Orlando to incorporate the gentle half-giant into its resort experience.

Even better: actor Robbie Coltrane himself, who played Hagrid in the movies, dedicated his time and efforts into making the character as realistic as possible.

The Hogwarts gamekeeper and Care of Magical Creatures professor was transformed into an animated figure by using Coltrane's exact body movements and facial expressions.

Hagrid will lead guests throughout their journey into the Forbidden Forest as they encounter magical creatures and help him contain his beloved Blast-Ended Skrewt.

“Hagrid is such an iconic character and an integral part of the Harry Potter franchise, so we were excited to develop a truly innovative and authentic animated figure to bring him to life for this experience,” said Thierry Coup, Senior Vice President of Universal Creative.“We worked tirelessly to make sure Hagrid’s full essence was captured with the utmost attention to detail for our guests to feel completely immersed in this all-new adventure.”

On June 13, guests will get to experience Hagrid firsthand as 'Hagrid's Magical Creatures Motorbike Adventure' joins 'The Wizarding World of Harry Potter.' The new ride and interactive encounter will be located in the Hogsmeade section of Universal's Islands of Adventure.

Click here for more information on the new "magical" encounter.