Weighing in at 2,076 pounds and measuring at least 15 feet in length, Unama’ki is one big shark. 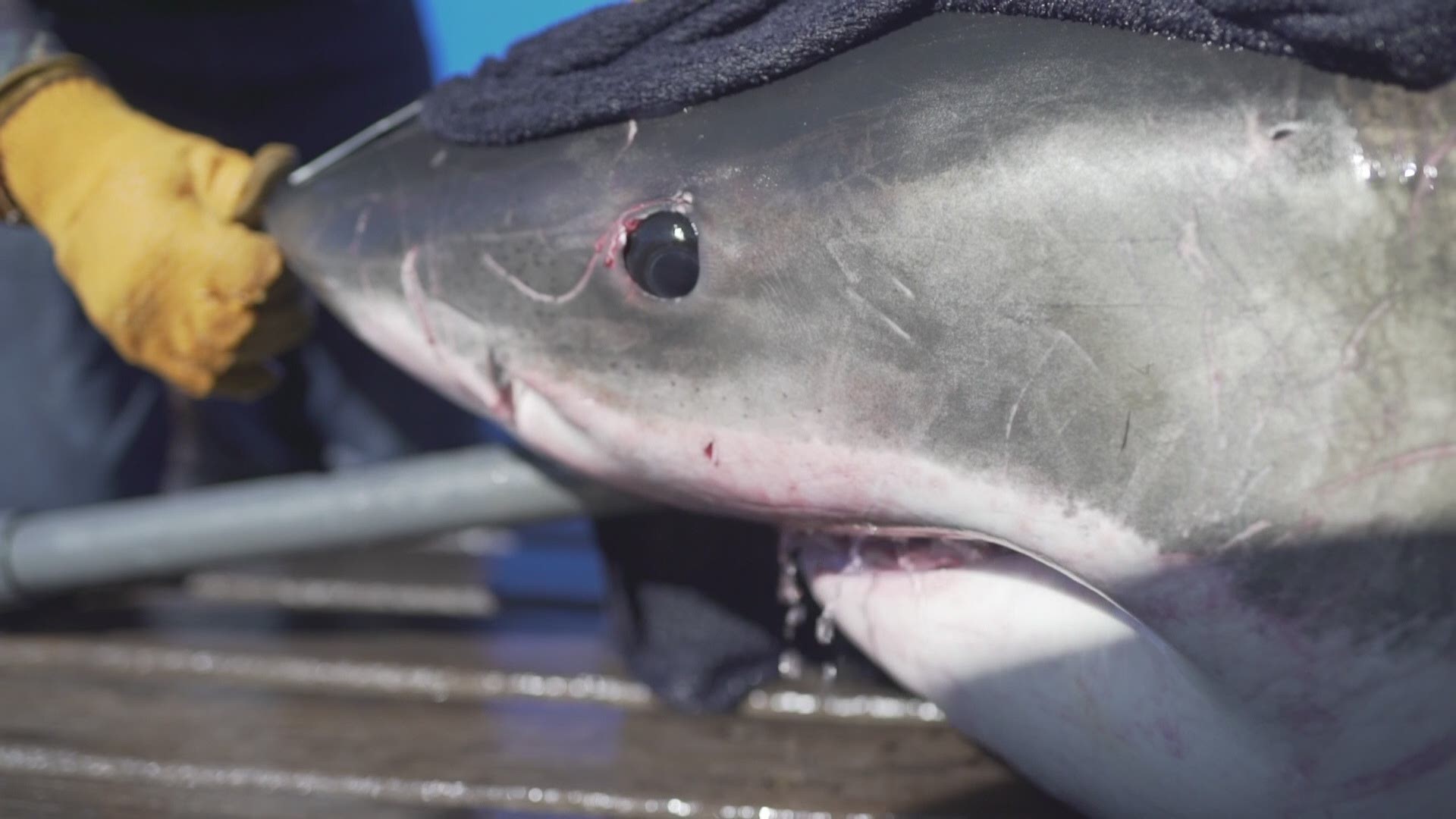 ST. PETERSBURG, Fla. — The biggest shark with a GPS tag pinging on its body just so happens to be out in the Gulf of Mexico.

That's Unama’ki: a 2,000-plus pound, 15-feet, 5-inch long female great white shark, according to research group OCEARCH. She was tracked about 100 miles south of Panama City Beach on the Florida Panhandle.

"Look where Unama’ki is!" OCEARCH wrote Saturday on Facebook. "We don’t usually get white shark pings this far northeast in the Gulf of Mexico. Unama’ki is the biggest white shark currently pinging on the Tracker."

OCEARCH shows Unama’ki has had quite the swim, traveling more than 2,700 miles since being tagged in late September off the coast of Nova Scotia.

A 12-foot great white shark named Ironbound called Miami home for the holidays, and Unama’ki last was pinged in the Florida Keys in October.

RELATED: A 12-foot great white shark is calling Miami home for the holidays

RELATED: Great white sharks are moving to Florida for the winter