Great whites are heading to Florida

The sharks have started migrating south, but this isn't actually the time of year when Tampa Bay sees the most shark activity.

MADEIRA BEACH, Fla. — The weather is finally starting to cool down, which means two groups will be returning to Florida: snowbirds and Great White sharks.

The sharks have been migrating south towards Florida. There was a 15-foot female found just off Key West in September. 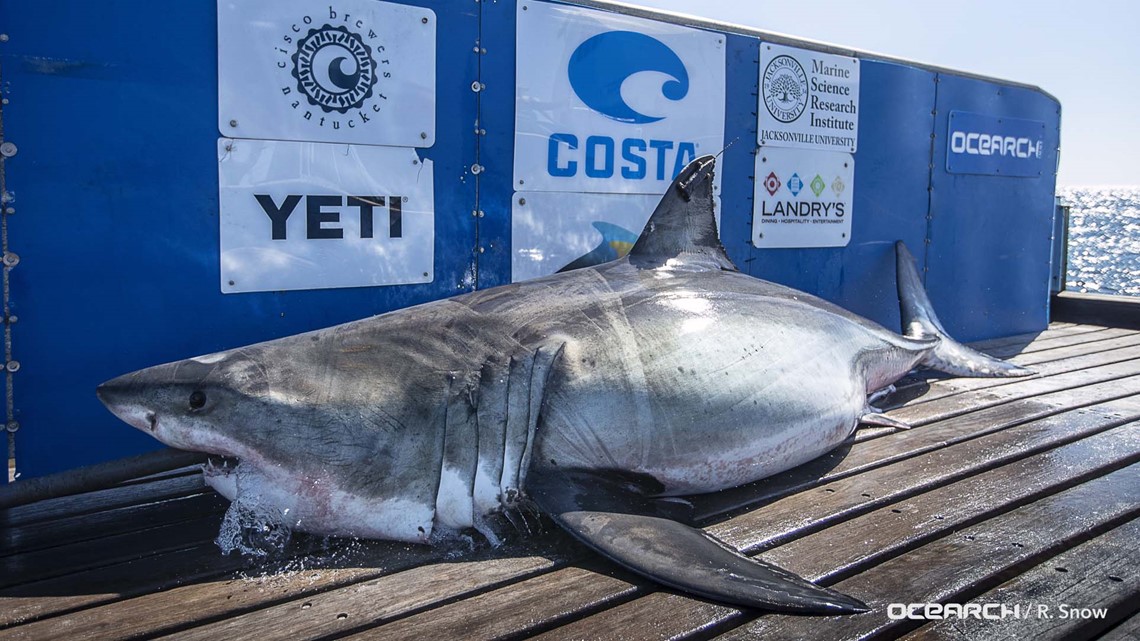 Great white sharks are moving to Florida for the winter
KEY WEST, Fla. - Like snowbirds, there's another group that's moving to Florida for the winter: sharks. Shark experts say the coast of Florida is starting to heat up with white shark activity. OCSEARCH, a research group, says the annual migration to warmer waters off the Florida and Carolinas coasts is underway.

But as Captain Dylan Hubbard explains, great whites are rare in this area.

“Our company in the last 28 years, at least to my knowledge, has only seen a total of three great whites,” said Hubbard, who owns local staple Hubbard's Marina on John's Pass. His company runs shark catch and release expeditions in the summer.

If you’re thinking three sounds like a lot, like three more great whites than you have seen, you’ve got to remember that Hubbard’s team is out on the water almost all of the time.

“We have a total of six fishing vessels that are fishing in the gulf from 200 to almost 230 days a year,” explained Hubbard.

The great whites that are starting to make their way towards or around Florida mostly prefer the east coast.

“Now the east coast of Florida, that’s a whole different ballgame. Because there is a large majority of sharks that swim within a couple miles of shore," Hubbard said. "Our topography keeps us a lot safer if you will, and it spreads that shark out. Because on the east coast, and most of the areas, once you go two miles, three miles from shore, you're in 800, 1,000 foot of water. On our beautiful west coast, you could go 100 miles before you reach that continental shelf."

"Majority of our sharks are here in the warmer months, late spring to about late summer,” said Hubbard.

Those sharks include blacktips, bull sharks, hammerheads, and a few others. Great whites just aren’t that common here.

And if that didn't make you feel better, just know the likelihood of you meeting up with one of these sharks is slim. You are more likely to get the flu, drown or get hit by lightning than die from a shark attack.

RELATED: Great white sharks are moving to Florida for the winter

RELATED: A 2,000-pound great white shark has reportedly been pinged off the coast of Florida