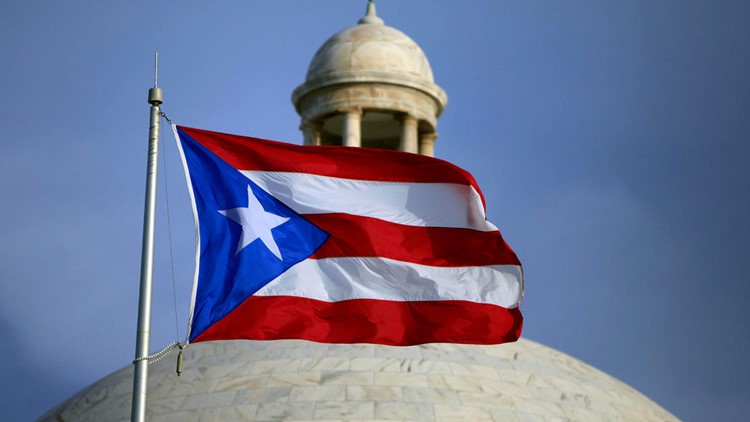 In this Wednesday, July 29, file 2015 photo, the Puerto Rican flag flies in front of Puerto Rico’s Capitol as in San Juan, Puerto Rico.

KISSIMMEE, Fla. (AP) — A Florida homeowner association says it's against the rules for an Army veteran to fly a Puerto Rican flag outside her home.

The Rolling Hills Estates HOA in Kissimmee recently told Frances Santiago that flags other than a U.S. flag, a military flag or a sports flag aren't permitted.

Santiago tells Orlando television station WFTV-TV that she and her husband, Efrain, decided to fly the flag to support protesters demanding the governor's resignation in the U.S. territory. Three weeks later, she got a violation notice from the association in the Orlando suburb.

The couple says it may be time for the HOA to revisit its rules, especially with Kissimmee's growing Puerto Rican population. They've hired a lawyer and say they have no intention of lowering their flag.