How and when do rescuers decide to shift from rescue to recovery after Surfside condo collapse?

The search for survivors in Surfside continues days after the Champlain Tower South collapsed. 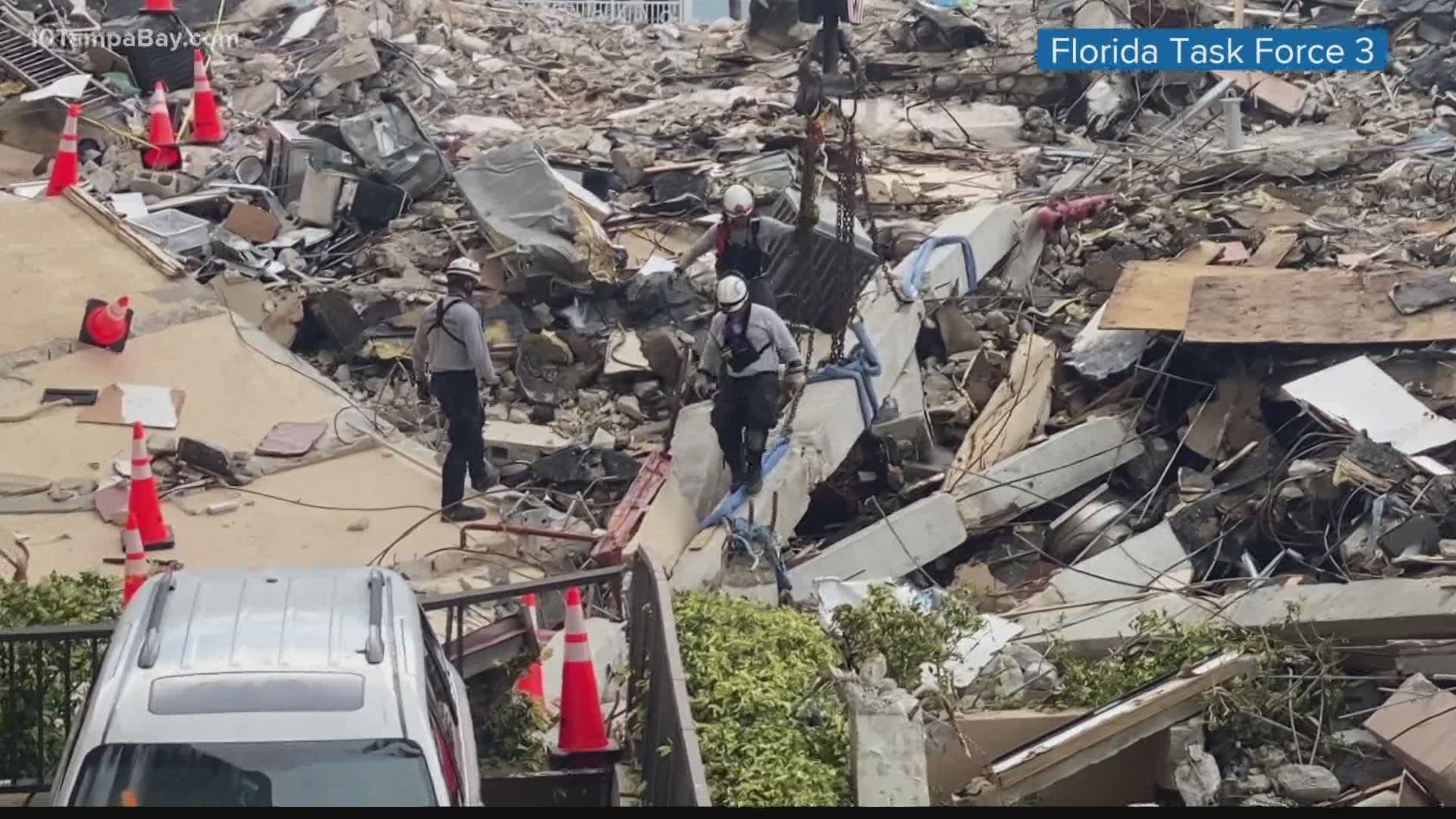 SURFSIDE, Fla. — It’s a call Dave Downey has had to make more than once in his career.

The former Miami-Dade fire chief is currently overseeing the deployment of the state’s urban search and rescue task force teams at the site of the condo collapse in Surfside.

While rescuers sifting through the rubble since last Thursday continue to hold out hope of finding more survivors, the difficult decision hangs overhead: when to transition from a rescue effort to a recovery mission.

A rescue effort suggests there’s a chance to save a life, according to the National Association of Rescue Divers, whereas “recovery” is when the rescuers “concludes the missing person is dead.”

“Having personally had to make those decisions twice as the fire chief I know how this weighs on them,” Downey told 10 Tampa Bay.

Downey made a similar call when a Miami-Dade College parking garage collapsed while under construction in 2012, and again when a pedestrian bridge at Florida International University collapsed onto traffic below in 2018.

Elements factoring into a decision include the type of collapse, external elements like fires or weather and if any gaps remain in the wreckage where survivors could be.

“Those are the big three things we look at and we really make the decision based on probabilities because if we waited for possibilities we would never transition,” he said.

“It’s different at every disaster.”

Typically, a switch to recovery mode would speed up the removal of debris, he said.

Asked if he still truly believed it was possible to find survivors, Downey recalled his mission to Haiti in 2010 – they rescued a young girl eight days after the earthquake.

That hope is what’s keeping rescuers going, he said.

“We’re trying to find these void spaces that could occupy life - even if we find remains, we want to bring closure,” Downey said.

It’s a decision that will ultimately be made collectively by the fire chief and other county leaders, he said.