Infant dies after being left in van at Florida daycare

The 5-month old girl was discovered Wednesday afternoon after her mother found her in a daycare van at Ewing's Love & Hope Preschool and Academy, according to a daycare worker.

An earlier version of this story reported that an employee told First Coast News that the mom found the child in the van. JSO later announced that the mom did not.

A 4-month-old girl has died after being left in a van for about five hours at a Westside daycare, the Jacksonville Sheriff's Office reported. The daycare director was arrested on child neglect charges roughly seven hours later.

According to JSO records, Darryl Ewing, 56, was admitted into the Duval County Jail at 8:18 p.m. on charges of child neglect.

JSO said the girl was in the third row of the daycare van from 8:25 a.m. to 1 p.m. Wednesday. Police interviews with employees at the facility revealed that the girl and other children were picked up from their homes earlier in the morning and brought to the daycare around 8:25 a.m.

JSO says Ewing was the sole driver of the van throughout the entire commute, and no other employees of the daycare were in the vehicle

Police say Ewing parked the van in front of the daycare and left the vehicle unattended with the girl still strapped in her car seat in the third row.

Around 1:03 p.m., the girl's mother called the daycare to make after-school arrangements for her children, which is when she discovered her 4-month-old was never checked into the daycare.

Daycare employees found the victim inside the van still strapped in her child seat and unresponsive.

First responders tried to resuscitate the child but they were unsuccessful, police said. JSO confirmed that the child died at 2:53 p.m.

Police say no other children were hurt.

Hours after the incident, the Florida Department of Children and Families (DCF) revealed that the daycare facility "did not notify DCF that they were transporting children. Therefore, transportation standards were not being monitored."

DCF also announced that it's issuing an emergency suspension order to cease operations of the daycare facility. The daycare has been licensed with DCF since 2016, DCF said.

"Every day, parents entrust child care providers with their most precious gifts. Tragically, today a family has just been notified of the gut-wrenching loss of their precious baby girl.

DCF immediately opened a joint child death and child care licensing investigation in coordination with law enforcement. We will continue to support this family as they mourn the loss of their baby girl."

DCF announced that it opened a joint child death and child care licensing investigation in coordination with law enforcement.

The family of the four-month-old who died after being left in a daycare van has created a GoFundMe page and Facebook donation page to help pay for the funeral services. 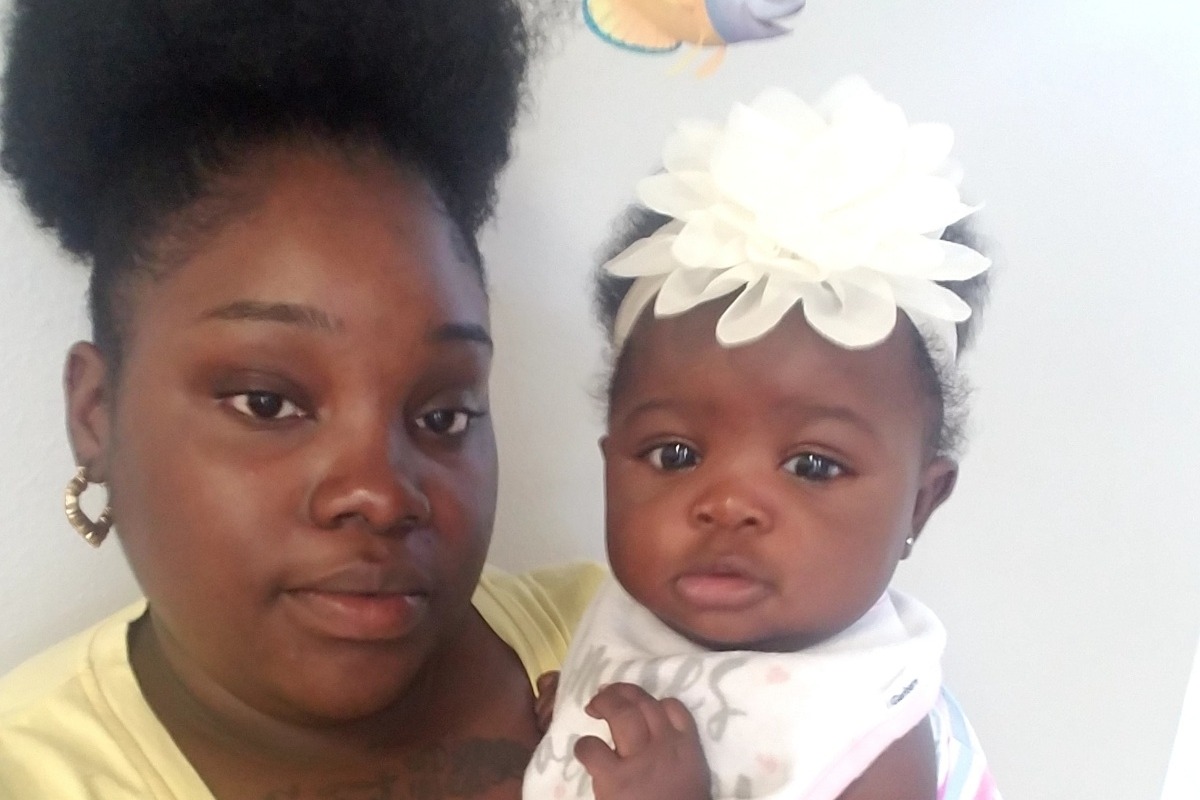 Click here to support Baby Brooklyn organized by Lancia Isaac
Hello everyone, I'm Lancia...the mother of beautiful 4 month old Baby Brooklyn. Her life was abruptly ended after she was left in a child care van for hours. The team of doctors and nurses did everything in their power to save my beautiful baby girl but she couldn't be revived.