Joe Biden and his campaign held a roundtable with military veterans and Hillsborough Community College. 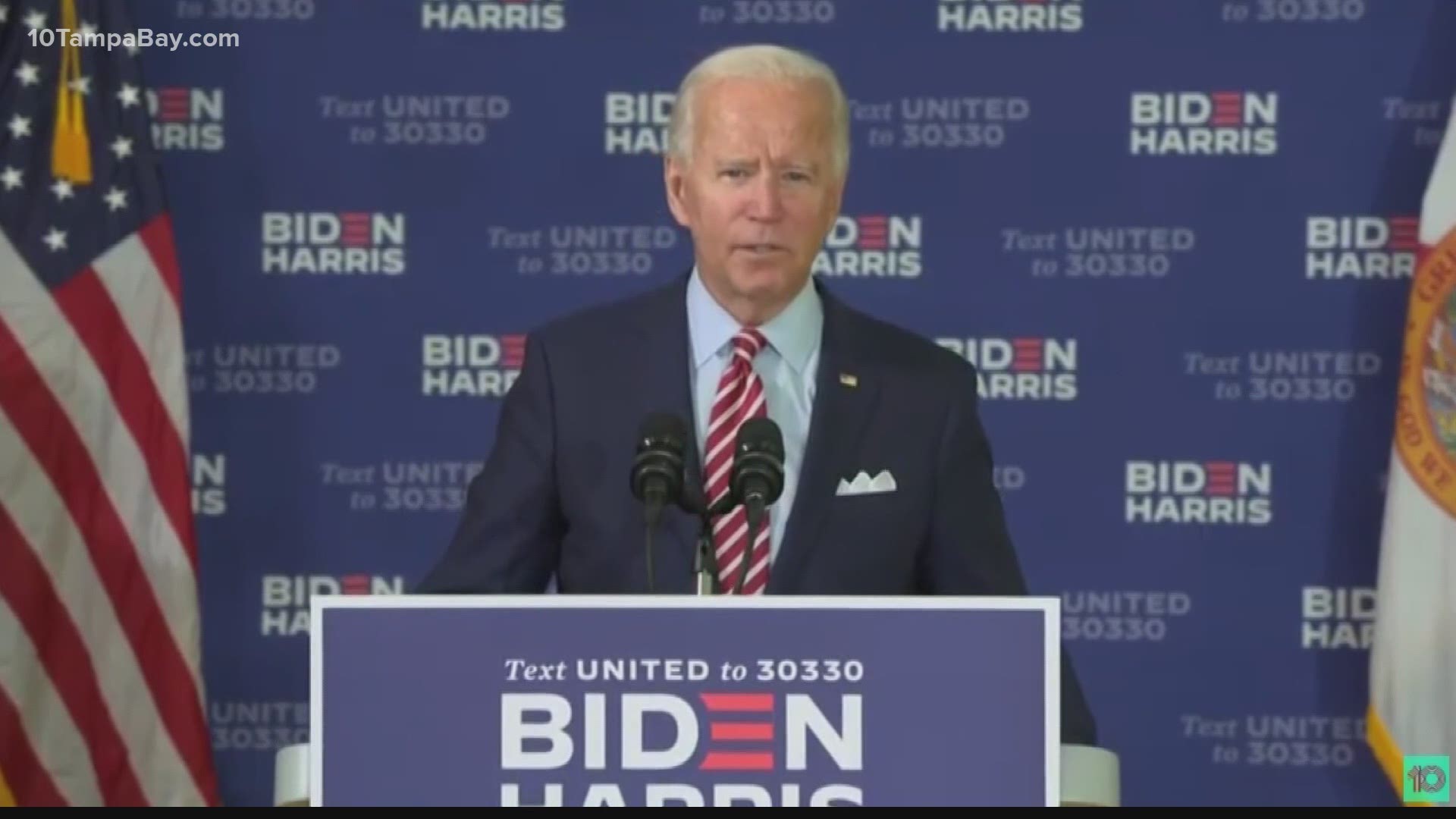 Biden sat down for a round table with military veterans, talking about their needs and concerns, at Hillsborough Community College.

The Democratic presidential nominee has been reluctant to make personal appearances on the campaign trail because of the pandemic, but with less than two months to go before election day, he’s now choosing strategic locations and opportunities.

During his sit-down with military veterans, he tackled topics like VA hospital access and meaningful employment for veterans and their spouses as well as mental health.

“You shouldn’t be ashamed of needing mental health help any more than if you broke your arm or you need glasses or whatever it was,” Biden said.

In the past few weeks, Biden has launched an ad campaign in specific markets including Tampa, hoping to make inroads with the military, a group that has historically leaned Republican and continues overall to favor President Trump.

Polls show a majority of active duty service members now have an unfavorable view of the president and give Biden a four-point edge.

Those polls were also taken before an article published in The Atlantic which many veterans found offensive.

“Your son Beau’s memory is in etched in our memory,” said Pastor Glenn Dames, a U.S. Army veteran, “And he was indeed no sucker or loser. He was the epitome of bravery and sacrifice.”

“As the Commander in Chief, I’ll want every single member of the Armed Forces, veterans, their families, caregivers and the survivors to know, I will never treat you with anything other than the honor and respect and dignity you deserve,” Biden said.

RELATED: Biden seeks to woo Latinos in 1st trip to Florida as nominee

From Tampa, the former Vice President then headed to Kissimmee for a Hispanic Heritage Month event. There, he hoped to shore-up what has been unexpectedly lackluster support from another key demographic in the state of Florida: Latino voters.

Both Biden and Trump supporters lined the sidewalks and nearby streets. His presence underscored, again, the importance of Florida’s 29 electoral votes.

Recent polls show Biden’s lead is shrinking in the Sunshine State, so it’s unlikely this first Florida visit will be his last.