Kicked off plane: Woman accused of throwing tantrum over seat next to child

She reportedly said she didn't want to sit next to a 3-year-old since she'd been drinking all day. 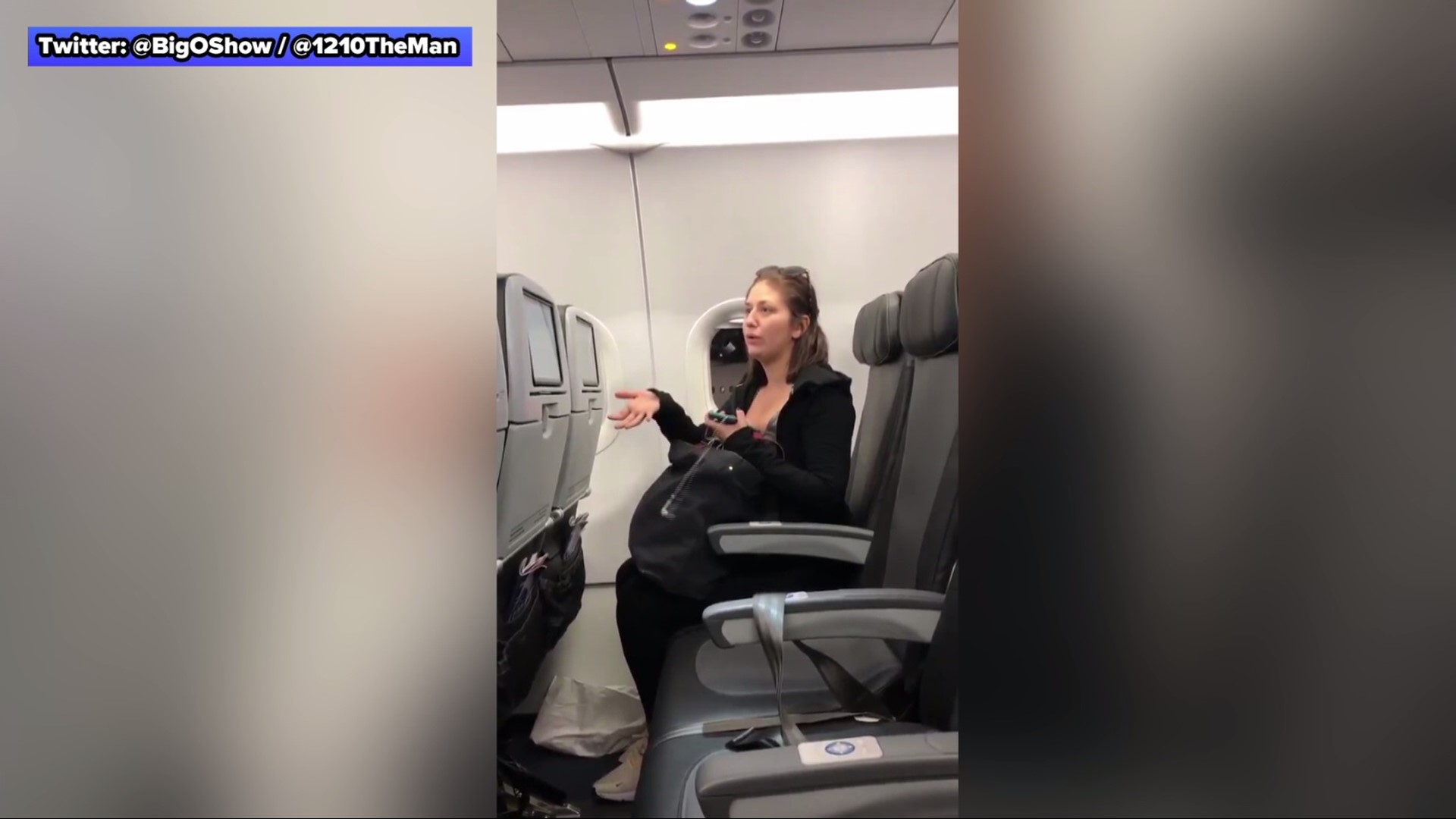 FORT LAUDERDALE, Fla. — A woman was booted off a plane in Florida after she reportedly had an outburst because she was seated next to a child.

According to CBS Miami, Valerie Gonzalez, 32, got kicked off a JetBlue jet Wednesday night at Ft. Lauderdale-Hollywood International.

She was supposed to be headed to Las Vegas ahead of Valentine's Day.

But, when she noticed her seating arrangement, the television station says things took an abrupt turn.

“I’m not sitting next to a [expletive] 3-year-old. I’ve been drinking all day,” CBS Miami claims she said, citing an arrest report.

CBS Miami reports her bad behavior continued and included getting in someone else's seat, striking a fellow passenger on the arm, continuing to swear, hitting a gate agent while trying to get back on the flight and refusing to comply with law enforcement.

The Miami Herald reports she even spit at the passenger in front of her.

In a statement to CBS Miami, JetBlue confirmed Gonzalez was removed from the aircraft but asked specific questions to be directed to the Broward County Sheriff's Office.

Authorities say they had to restrain her legs to prevent her from kicking people. They ultimately contained Gonzalez to a wheelchair and rolled her out of the terminal, according to CBS Miami.

Gonzalez was charged with battery.