The 18-year-old was found not guilty on multiple charges last week. 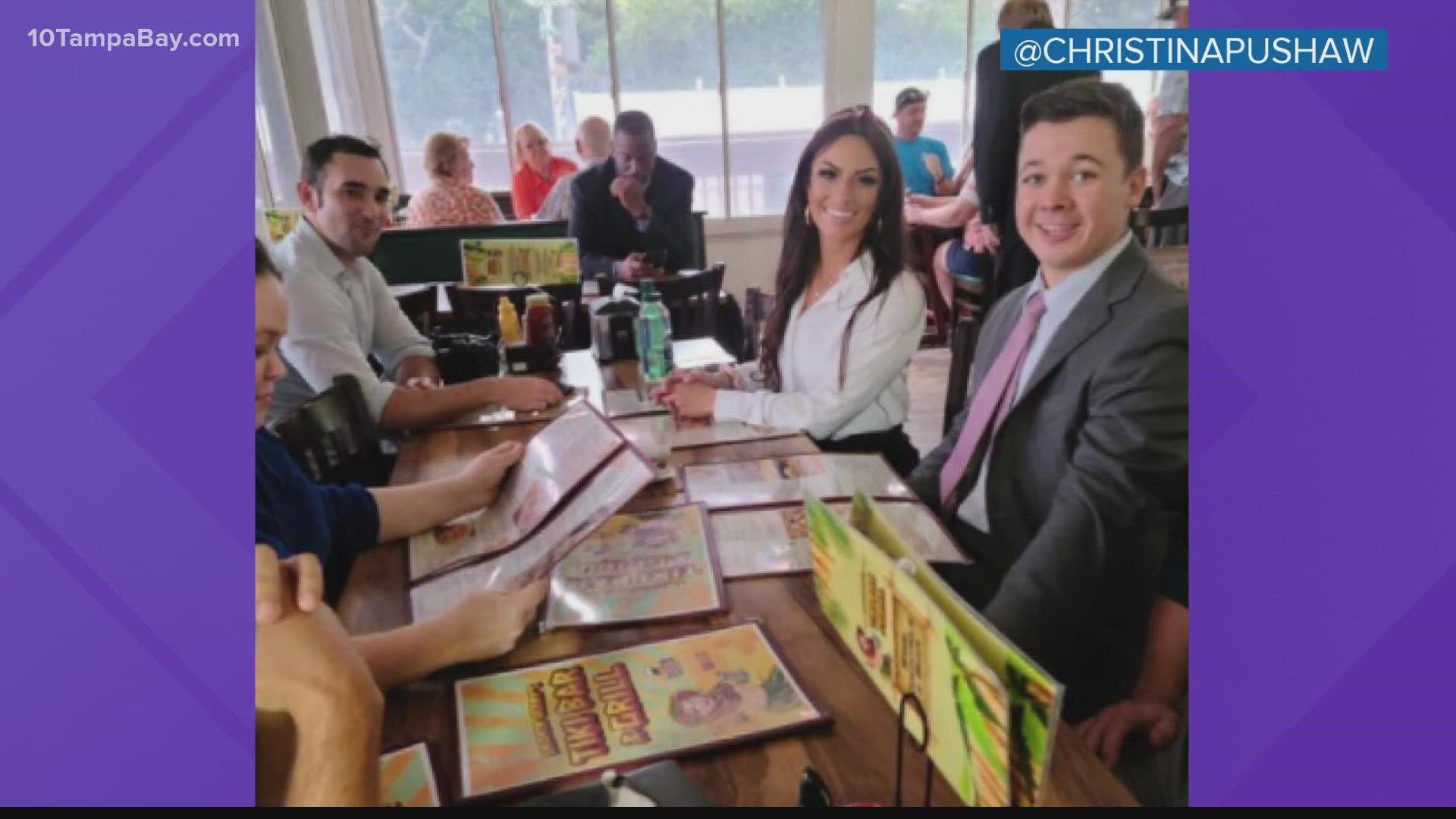 PLACIDA, Fla. — Kyle Rittenhouse, the man acquitted last week on charges connected to killing two men and injuring another during a protest against police brutality, was seen over the weekend at a Florida restaurant.

The 18-year-old appeared with others seated at Smokin’ Jerry’s Tiki Hut Bar & Grill in Placida, Florida, which is located in the Fort Myers area, according to the Sarasota Herald-Tribune. Florida GOP Chairman Joe Gruters told the newspaper he was in the area for an interview on Fox News' "Tucker Carlson Tonight."

Gov. Ron DeSantis' spokesperson, Christina Pushaw, was among many on social media who shared the photo of Rittenhouse at the restaurant and welcomed him to Florida.

Kyle and his family are visiting the great state of Florida. Welcome to our free state and enjoy your time here! 🌞 pic.twitter.com/BmXytfomIf

"I always forget that Tucker Carlson has a place in Boca Grande so he’s probably getting ready for Thanksgiving, and they probably have a little studio right there," Gruters told the newspaper.

Rittenhouse, who was 17-years-old at the time of the Aug. 25, 2020 protest in Kenosha, Wisconsin, was found not guilty on charges of homicide, attempted homicide, and reckless endangering in the deaths of Joseph Rosenbaum, 36, and Anthony Huber, 26, and the wounding of Gaige Grosskreutz, now 28. He joined others while armed with an AR-style semiautomatic rifle who said they were wanting to protect private property from potential damage.

Rittenhouse argued he fired his weapon in self-defense after he was attacked and in fear of his life.

The protests began following the Aug. 23 shooting of a Black man, Jacob Blake, by a white police officer.

Ahead of the Fox News interview scheduled to air Monday night, Rittenhouse said he's "not a racist person" and supports the Black Lives Matter movement.