More Than a Vote was launched this June. 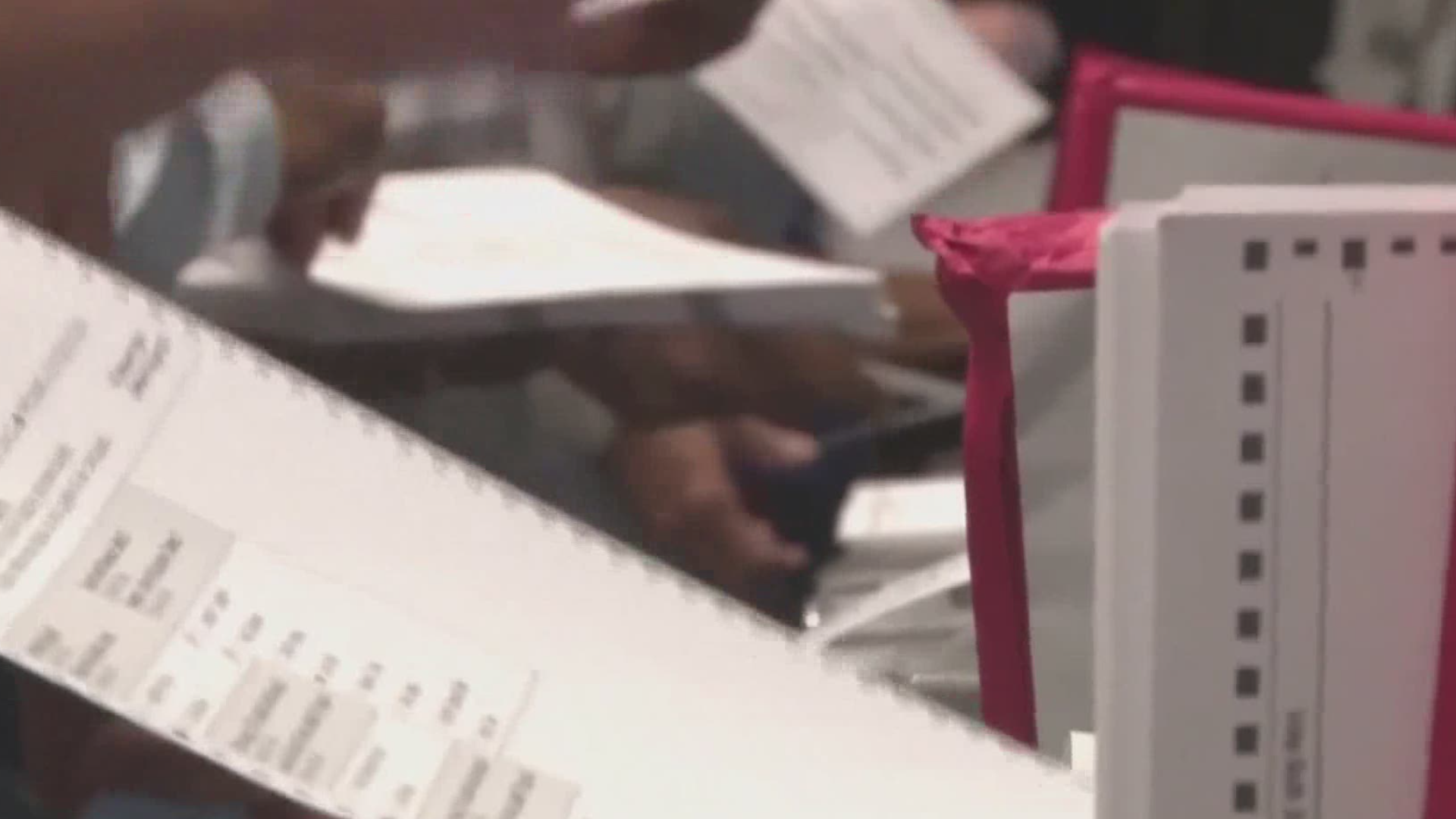 FLORIDA, USA — As the push to restore voting rights for felons in Florida hit its latest bump in the road earlier this month, the effort is seeing some relief.

More Than a Vote, an organization spearheaded by NBA superstar LeBron James that works to "combating systemic, racist voter suppression by educating, energizing, and protecting our community," is committing to raise $100k to help Florida felons pay the fines and fees currently blocking them from being eligible to vote.

The voting rights group is comprised of Black athletes and artists.

Along with the donation, More Than a Vote is partnering with the Florida Rights Restoration Coalition (FRRC) in the mission to secure voting rights for those with past felony convictions in the state.

FRRC reports that in 2016, 1-in-5 Black citizens in Florida were disenfranchised and that of those impacted by Amendment 4 approximately one-third are Black would-be voters.

“We believe that your right to vote shouldn’t depend upon whether or not you can pay to exercise it, which is why More Than A Vote is proud to partner with the Florida Rights Restoration Coalition to ensure that formerly incarcerated American citizens -- many of them Black and brown -- are able to pay their outstanding fines and fees and register to vote in the 2020 election and beyond,” Miami Heat forward and More Than A Vote Member Udonis Haslem said.

James also drew attention to the FRRC's work on Twitter calling the effort "a fight about their [Florida felons] constitutional right to vote being denied."

This is a fight about their constitutional right to vote being denied. Learn more about how you can help at https://t.co/ASKCSX9b9l. @morethanavote https://t.co/LtGBRwo8LQ

The Florida felon voting rights movement has made its rounds through the court system since Florida voters approved a constitutional amendment in 2018.

After Amendment 4's approval, Gov. Ron DeSantis signed a law that required felons to first pay all fines and restitution before they could vote again. Voting rights groups didn't like that, and challenged the law.

Then in May, a U.S. district judge struck down the law as a "pay to vote" system. But, this month, the 11th Circuit Court of Appeals granted the governor's request to review the ruling -- which put a pause on the decision.

That court is supposed to hold a hearing on the issue on Aug. 18, which is the same day as Florida's primary.

Voting rights advocates challenged that last part and asked the U.S. Supreme Court to intervene. But, in an emergency decision on July 16, the Supreme Court declined to overturn the decision of the appeals court to hold off on the law until a hearing next month.

Three of the liberal justices dissented the denial, with Justice Sonia Sotomayor writing: "This Court’s order prevents thousands of otherwise eligible voters from participating in Florida’s primary election simply because they are poor."

Justice Sotomayor said the order also allows for the Court of Appeals for the Eleventh Circuit to "disrupt Florida's election process just days before the July 20 voter-registration deadline for the August primary."

It is unclear at this time if a final decision will be reached on the matter ahead of November's election. If not, the Associated Press estimates 774,000 disenfranchised felons could be restricted from voting, if unable to pay their fines, in a battleground state.

RELATED: US Supreme Court allows Florida to keep blocking some felons from voting –for now