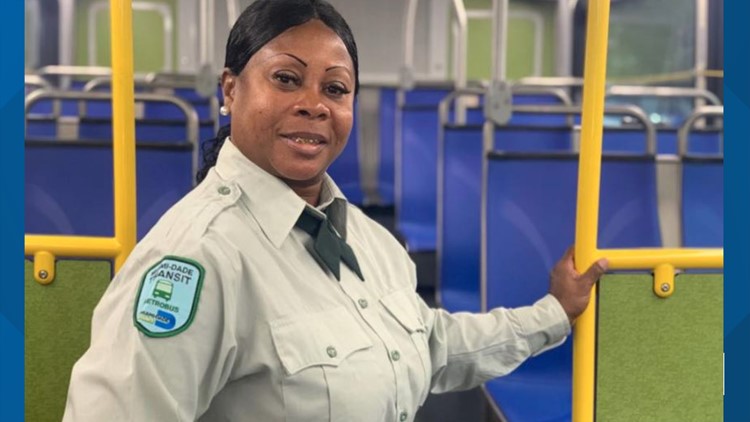 Photo by: Miami-Dade County Department of Transportation and Public Works

Put an 'S' on her chest: Miami bus driver saves 3 lives while on the job

MIAMI, Fla — Laronda Marshall is being hailed a superhero. She has saved the lives of three people since she started working as a bus operator in 2011.

Miami-Dade County said in a news release the most recent rescue happened Sept. 26 after a passenger brought attention to another passenger who was ill and slumped over in his seat. Marshall acted quickly to secure her bus and immediately began doing chest compressions until paramedics arrived.

“The paramedics told me that if I hadn’t immediately jumped in, he would have passed away by the end of the line,” Marshall said.

Marshall rescued another man back in November 2017. She saw a pedestrian who got hit by a car laying in the middle of a road. County officials said she stayed with him until help arrived and he survived his injuries.

Just one month later, in December 2017, Marshall found a small child alone in the middle of NW 183rd Street in Miami. Marshall escorted the little girl safely onto her bus and away from danger.

“We are so proud of her. She’s an inspiration to all of our Bus Operators,” Peoples said.

At the end of the day, Marshall said she is grateful she can help those in need, using past skills as a nursing assistant.

“I have a love for people, and my instinct is to jump in and help,” Marshall said. “I really feel everybody should learn CPR because it could save a life, especially in transit.”

RELATED: School bus driver mows grass at stop so his students don't have to stand in the weeds