He took pictures of cracks in the concrete, exposed rebar and a wet floor underneath the pool deck two days before the building collapsed, the paper reported. 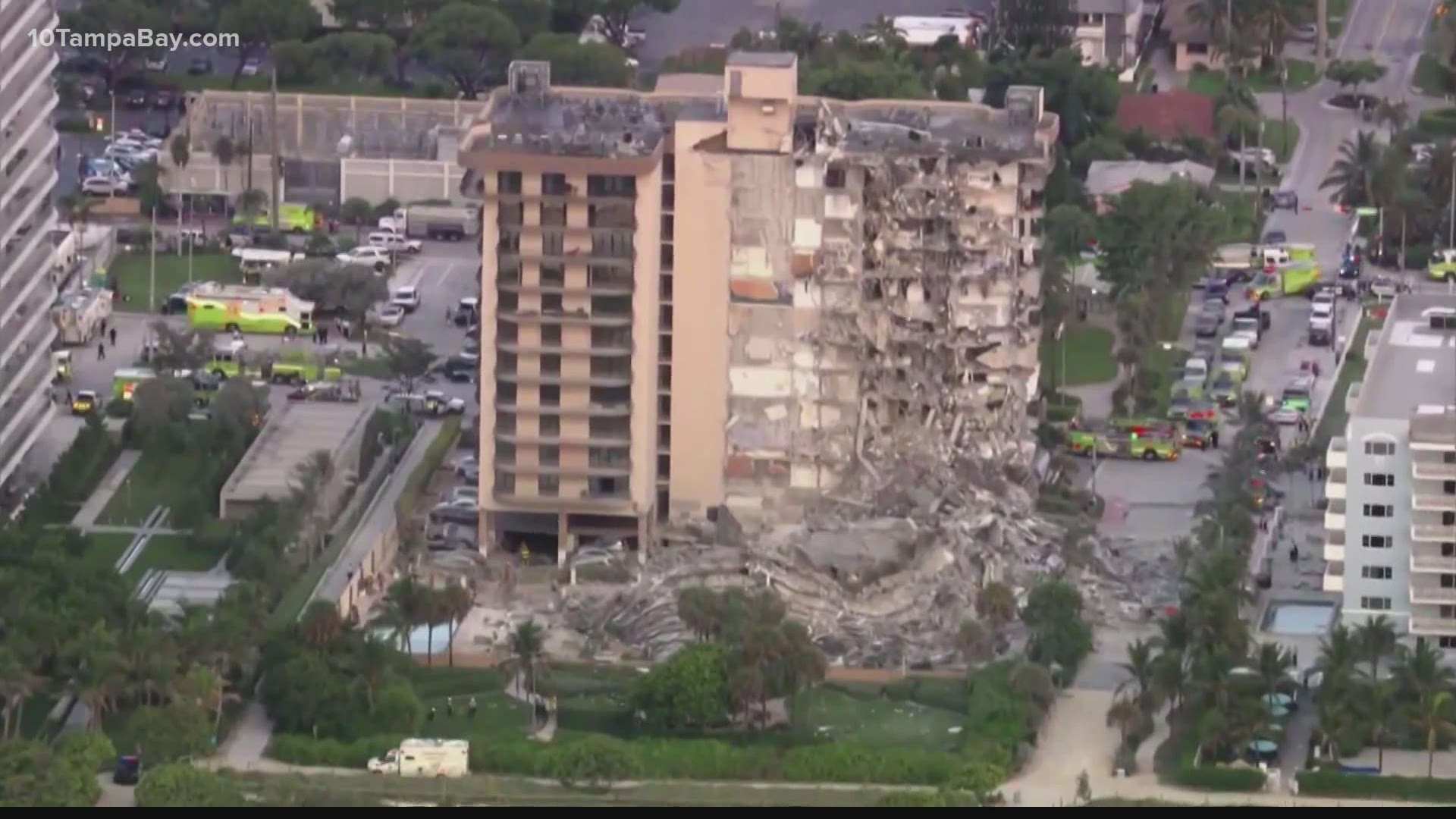 SURFSIDE, Fla. — A commercial pool contractor visiting the Champlain Towers South condominium building as part of its restoration project noticed an extensive amount of cracked concrete and exposed rebar underneath the pool area, according to the Miami Herald.

He reportedly visited the building two days before it collapsed early Thursday morning.

The unnamed contractor told the paper he was struck by the lack of maintenance seen in the building's lower level. He said he took several pictures and sent them to his supervisor.

He included a message that the job might be more complicated given the possibility of having to remove pool pipes to allow crews to fix the concrete. The Herald also said he reported seeing standing water in an area of the building that was located underneath the pool deck.

EXCLUSIVE: There was nothing unusual about the lobby and pool area at Champlain Towers South Condo, which looked well maintained to a pool contractor who visited the building last Tuesday.

Then, he saw the basement-level garage. https://t.co/KYyQqZdNhH

That area was of great concern in a 2018 engineering report that was released by the town of Surfside after the collapse. The concrete slab below the pool deck at the 12-story building was noted to have "major structural damage" caused by failed waterproofing.

"Failure to replace the waterproofing in the near future will cause the extent of the concrete deterioration to expand exponentially," the report said. The report's contractor said "required maintenance" was needed throughout to maintain its structural integrity but there was no sign of imminent danger.

Into the parking garage, the report detailed "abundant" concrete cracking and spalling in the columns, beams and walls. In some instances, there had been exposed and deteriorating rebar.

The Miami Herald reported the building collapsed before the pool contractor had time to complete the bid.