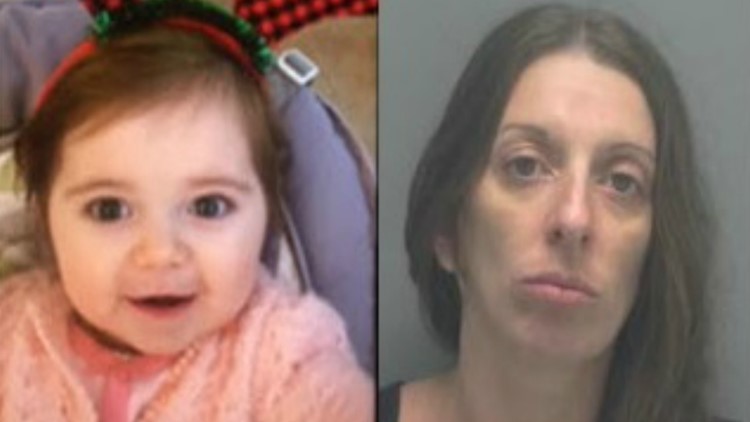 A Florida Missing Child Alert has been issued for a baby last seen in Lee County.

Bella Giorgi is only 8 months old. She's described as 2-foot-4 and 22 pounds with brown hair and eyes. She was last spotted on Ardore Lane in Estero, Fla.

At the time, she was wearing a white onesie with blue flowers.

Investigators believe she now might be in the Hialeah area.

According to the Florida Department of Law Enforcement, Bella may be with Stephanie Giorgi. Stephanie is described as a white woman who is 32 years old. She is 5-foot-7 and 120 pounds with blonde hair and brown eyes.