Here's what you need to know about the new Florida laws taking effect Jan. 1, 2021 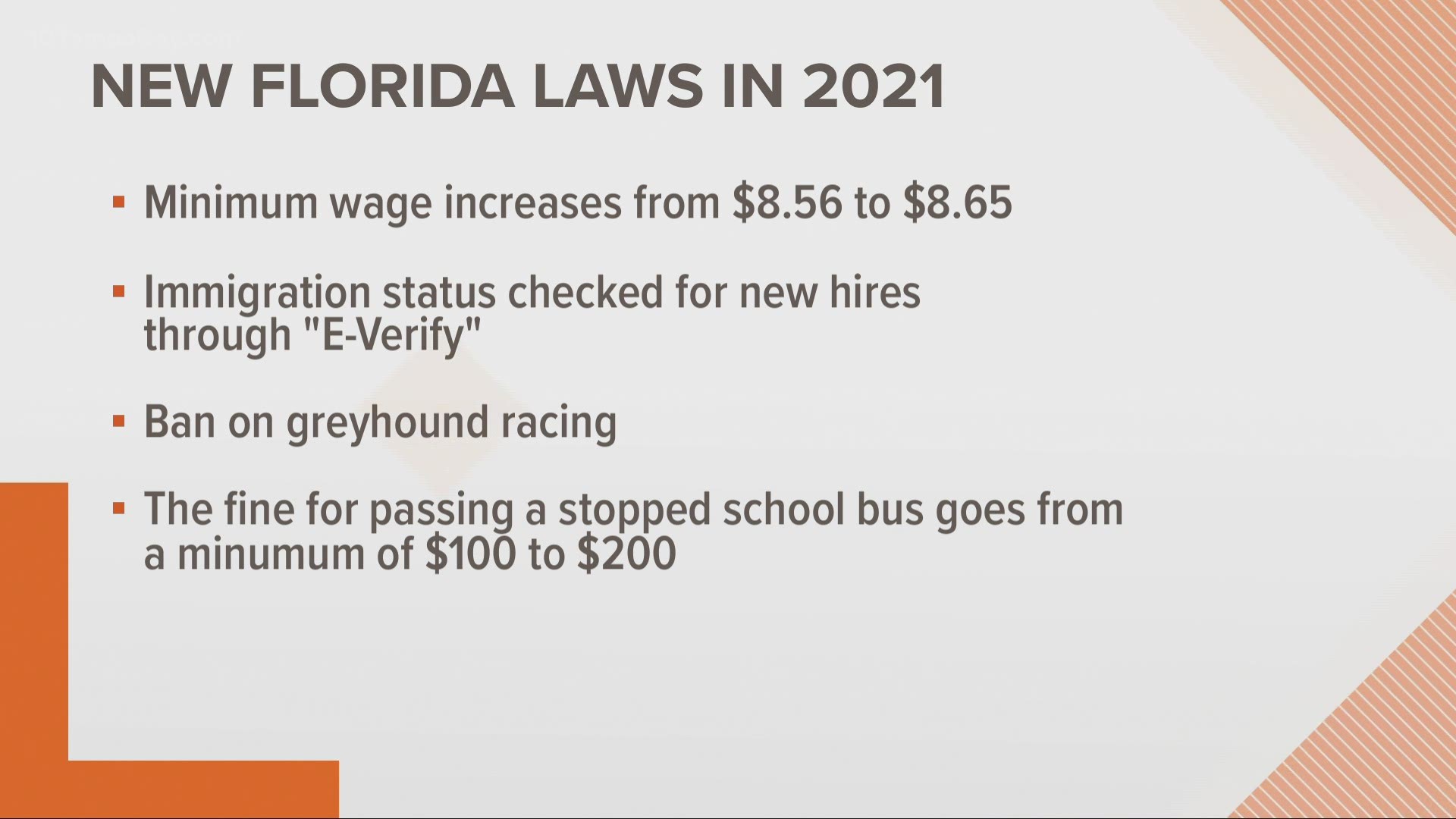 An increase in the minimum wage is just one of the changes people living in Florida will see this week.

The new year will also bring an end to greyhound racing as well as increased fines for driving past stopped school buses.

For many Floridians struggling with employment due to the pandemic, these new laws may affect their job searches. Florida’s minimum wage will increase slightly from $8.56 an hour to $8.65 an hour as a result of an amendment vote on the recent November ballot. This is the beginning stage of Amendment 2, which will eventually raise the minimum wage to $15 in the coming years.

Employers will also begin checking the immigration status of new hires using a new “E-Verify” system. This law, pushed by Gov. Ron DeSantis during the 2020 legislative session, will verify candidates' eligibility to work.

This raises concerns for many including the American Civil Liberties Union, which said -- in a press release -- that the law may pose obstacles during already stressful times.

"The result is that more employers will be utilizing -- and more workers will be subject to -- the error-prone E-Verify database that could result in hundreds of authorized workers being denied the ability to work without a meaningful avenue to seek redress," Micah Kubic, executive director of ACLU of Florida, wrote in a statement.

Another law taking effect this week is the ban on greyhound racing.

Although the amendment passed in 2018 with nearly 70 percent of the vote, the activity holds historical ties in the Tampa Bay area. St. Petersburg’s Derby Lane, which opened in 1925, held its last race over the weekend.

Florida drivers will also have to pay extra attention as kids head back to school after winter break. Fines for passing stopped school buses will increase from a minimum of $100 to $200.