Back on land: Florida family once stuck on a cruise ship without passports, a sick child

Some cruises that start and end in the U.S. don’t require passengers to have passports. That’s what happened to this family. 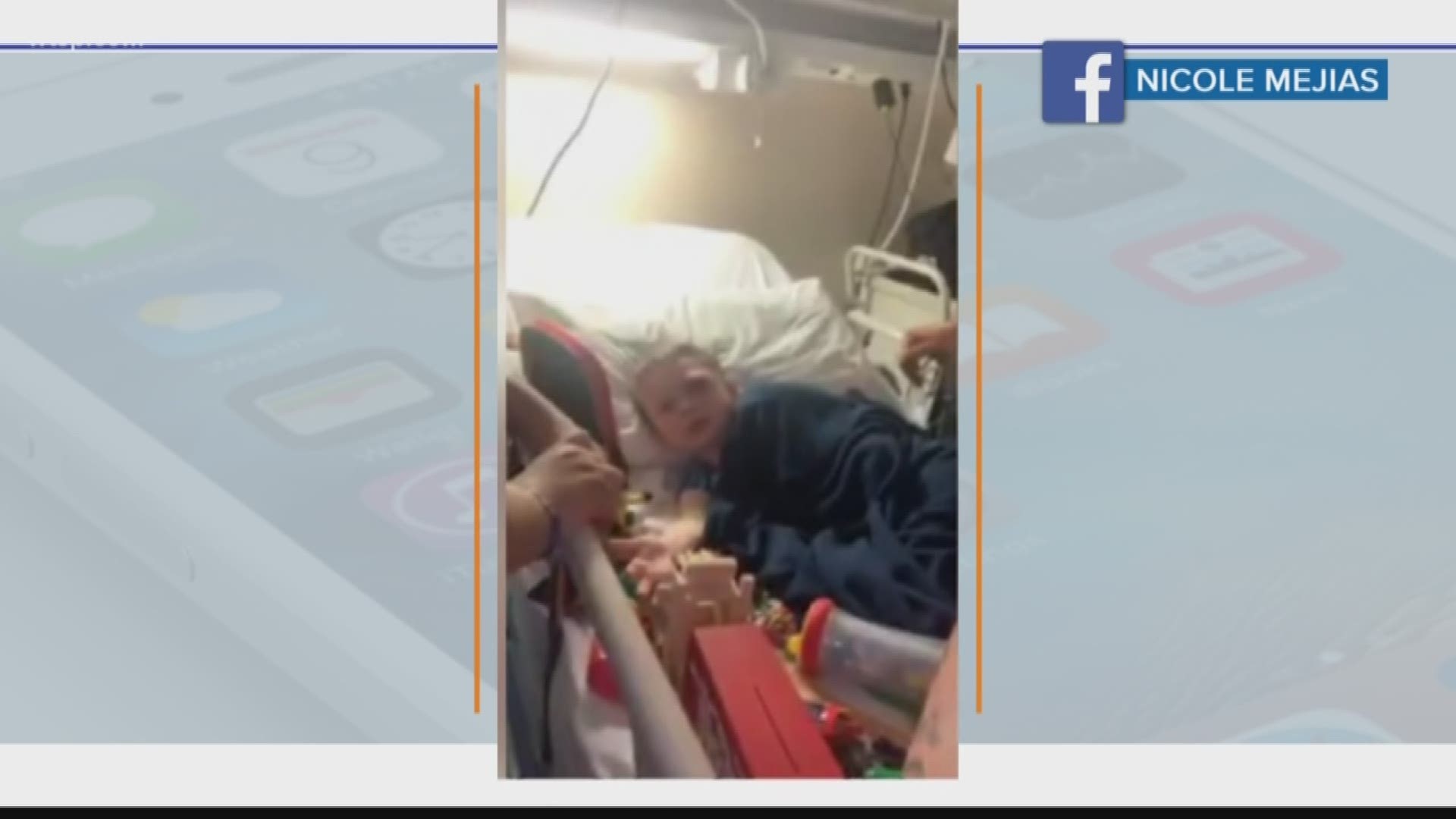 MELBOURNE, Fla. — The family posted on Facebook they made it off the ship Wednesday morning and thank everyone who has supported them, whether financially or with prayers.

A Florida family has been stuck on a cruise ship while they say their 4-year-old son with autism is in need of urgent medical attention.

In posts on Facebook that have now been shared and commented on hundreds of times, the boy’s mother Nicole Mejias says her son Roman fell shortly after the cruise started, leaving him with a small cut above his eye.

But the cut, she says, rapidly turned into a serious infection that’s now red and swelling.

“This is just a mess,” Mejias said in a Facebook Live post on her page. “Something we did not expect obviously."

10News was unable to speak directly with Mejias by phone or via video chat because of limited internet connection she said they had while on the ship.

The 4-year-old has been getting care in the ship’s medical center, according to posts. But Mejias and the family believe he needs to be in a hospital.

The family doesn’t have passports. Mejias says they were afraid they wouldn’t be able to get back on if they got off the ship. They had the chance to seek medical attention off the ship Monday while it was docked in Cozumel, Mexico, but opted to stay on board.

"We're not getting off the boat because we're not going to be stranded,” she said on Facebook.

Some cruises that start and end in the U.S. don’t require passengers to have passports.

Tammy Levent, a Tampa-based travel expert with Elite Travel said while you can get by without passports on a cruise in certain situations, she highly recommends you never go without it.

"You're risking it, you're taking the chance,” she said.

Levent said this Florida family’s unfortunate situation should serve as a cautionary lesson. Emergencies can happen, she said, from illness and injury to even something going wrong with the ship itself.

"Especially when you're traveling with small children and your family, you can wing it but when it comes to your kids you're not going to take the chance,” she said. “Things happen all the time."

The family claims they contacted the nearest U.S. Embassy but did not get any help. Levent said you should usually be able to count on an embassy or consulate for assistance—it just might take longer than you can afford in an emergency situation.

Before any international trip, Levent always recommends to her clients to register with the Smart Traveler Enrollment Program so any U.S. Embassy anywhere in the world will already have your trip and personal information on file if an emergency were to arise.

As for Nicole Mejias and her family, they are due back in port early Wednesday morning, according to Facebook, where they hope to be able to get off the ship quickly to get to a hospital.

RELATED: 5 reasons you might not want to book a cruise on a brand-new ship