This includes a total of 70 state offices. 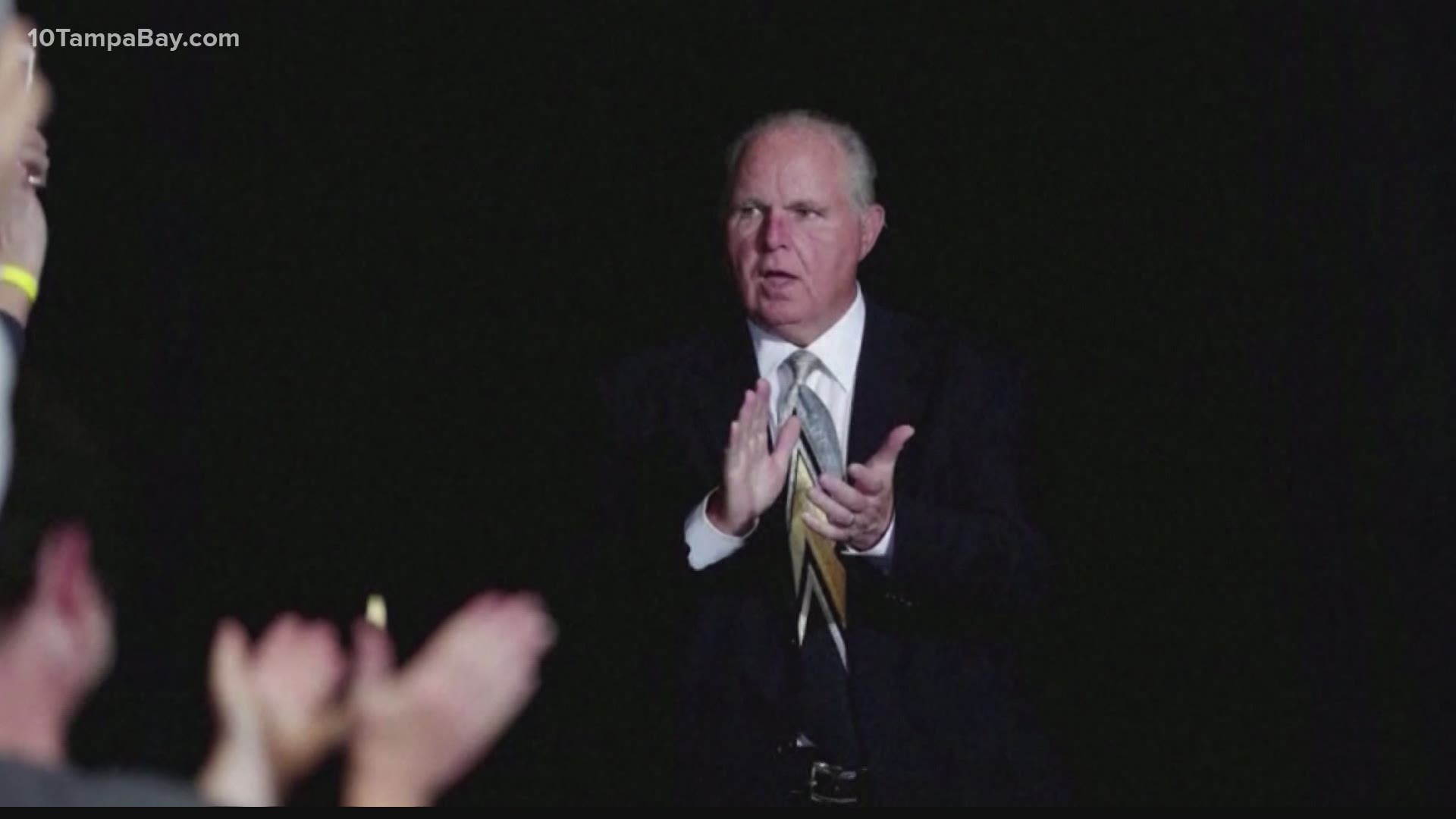 The state's top elected Democratic official cited a refusal to "celebrate hate speech, bigotry, and division" as her reasoning.

Earlier this month, Gov. DeSantis noted he will lower flags across the state in honor of the late conservative talk radio host and Palm Beach resident who died after a battle with lung cancer.

"There's not much that needs to be said. The guy was an absolute legend, he was a friend of mine, and just a great person," DeSantis said of Limbaugh at the time.

But Fried says the nine regional licensing offices, 38 state forests, and 23 agricultural law enforcement inspection stations she oversees will not participate in the act.

“Lowering to half-staff the flag of the United States of America is a sacred honor that pays respect to fallen heroes and patriots. It is not a partisan political tool. Therefore, I will notify all state offices under my direction to disregard the Governor's forthcoming order to lower flags for Mr. Limbaugh – because we will not celebrate hate speech, bigotry, and division," she wrote in a statement.

"Lowering the flag should always reflect unity, not division, and raising our standards, not lowering them. Our flags will remain flying high to celebrate the American values of diversity, inclusion, and respect for all.”

This is not the first time Fried has criticized the decision. On Feb. 19, she tweeted in response to the news saying, "@GovRonDeSantis is lowering Florida's flags to half-staff for Rush Limbaugh. But he had no words for Congressman John Lewis. Priorities."

.@GovRonDeSantis is lowering Florida's flags to half-staff for Rush Limbaugh.

But he had no words for Congressman John Lewis.

You can read the entire Executive Office of the Governor flag protocol here.