Florida now becomes the fourth state to report a case of the mutation. 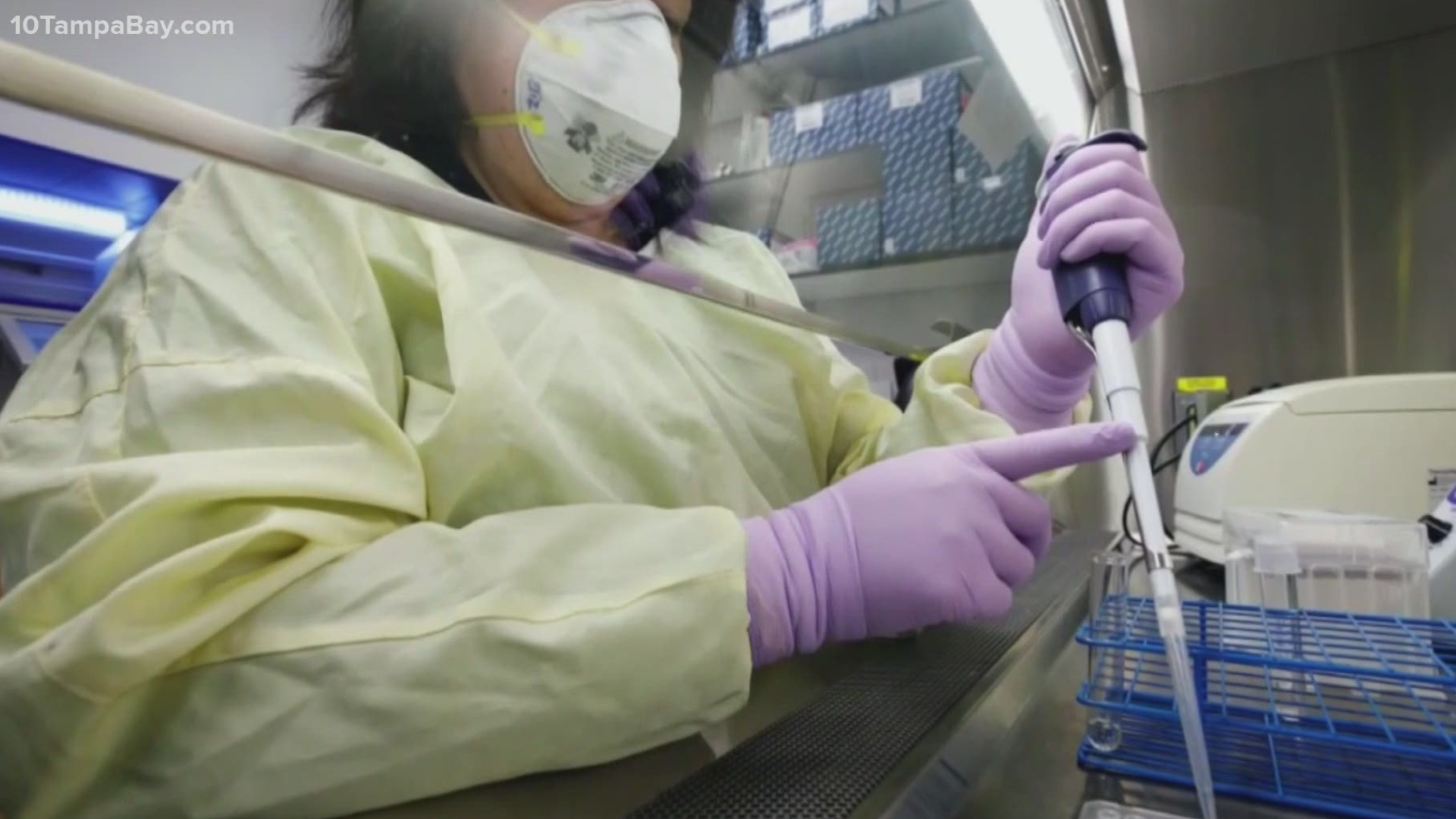 FLORIDA, USA — Florida now has one reported case of the Brazilian P.1 coronavirus variant, according to the latest data on the Center for Disease Control and Prevention's website.

Officials with the Florida Department of Health confirmed the case to 10 Tampa Bay, saying the variant was found in Miami-Dade County. The person's travel history was not immediately provided.

"The Brazilian variant is more infectious than what we've been having around. Pretty much it has the same mutations as the UK variant does," USF Public Health's Dr. Tom Unnasch said.

It's been weeks since he's been sequencing COVID-19 tests for mutations of the virus. He says the variant has an additional mutation scientists are concerned about.

"It's like making one step along the way towards developing one of these escape mutants. That's a mutant that, basically, the vaccines will no longer work at all against or will work very, very poorly against," Unnasch said.

It's still unclear how the variant showed up in Florida. Unnasch says someone with a travel history may have brought it in or it's just been spreading in the community for some time.

"There's probably many more that are out there that we're just not detecting because we're not looking you know that hard. We're not sequencing every single virus isolate that's out there," Unnasch said

While the CDC continues advising Americans not to travel, Unnasch says our best defense is a mask.

"This is what viruses do. What they do is mutate and try and get around our immune system so that they can continue to replicate and continue to get transmitted. The one thing none of these can do is to get around that mask," Unnasch said.

"The emerging variants CDC is closely monitoring have mutations in the virus genome that alter the characteristics and cause the virus to act differently in ways that are significant to public health," the CDC wrote. It’s important to understand that genetic mutations are expected, and some variants can spread and become predominant while others subside."

Cases identified are based on a sampling of SARS-CoV-2-positive specimens and do not represent lineage cases that may be circling the U.S., according to the federal agency

The new Brazilian variant of the coronavirus made its first known appearance in the United States in a person who recently returned to Minnesota after traveling to Brazil. Though it was first identified in four travelers who were tested at an airport outside Tokyo, Japan.

It contains a set of mutations that may affect its ability to be recognized by antibodies, according to the U.S. Centers for Disease Control and Prevention.