Kraft is charged with two counts of soliciting prostitution. 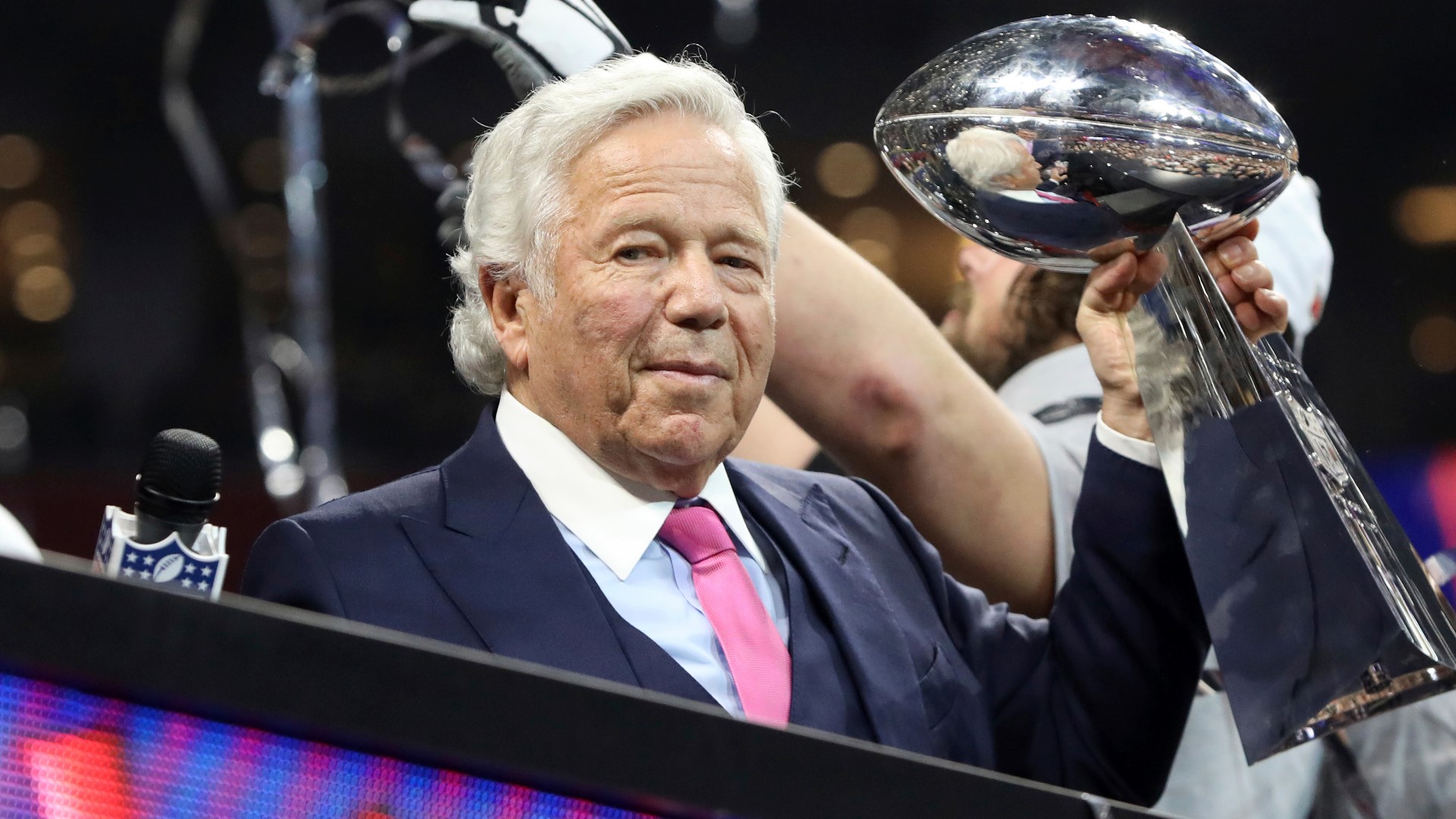 FORT LAUDERDALE, Fla. — JUPITER, Fla. (AP) — New England Patriots owner Robert Kraft faces misdemeanor charges of soliciting a prostitute after he was twice videotaped in a sex act at a Florida massage parlor, police said Friday in a case that could get him in trouble with the NFL.

The 77-year-old Kraft denied any wrongdoing.

He was not immediately arrested. Jupiter police said a warrant will be issued and his attorneys will be notified. They said details about the charges against the owner of the Super Bowl champion team will not be released until next week.

The charge comes amid a crackdown on sex trafficking from Palm Beach to Orlando in which police planted cameras in massage parlors.

Hundreds of arrest warrants have been issued in recent days as a result of a six-month investigation, and more are expected. Ten spas have been closed, and several people have been taken into custody on sex trafficking charges.

Jupiter police Chief Daniel Kerr said he was shocked to learn that Kraft, who is worth $6 billion, was paying for sex inside a shopping-center massage parlor, the Orchids of Asia Day Spa. "We are as equally stunned as everyone else," Kerr said.

Most people charged for the first time with soliciting a prostitute in Florida are allowed to enter a diversion program, said attorney David Weinstein, a former prosecutor. Kraft would probably have to perform 100 hours of community service and attend a course on the harmful effects of prostitution and sex trafficking, he said.

The NFL did not immediately respond to a message seeking comment. Under league policy, players, owners, coaches and other employees can be punished for "conduct detrimental to the integrity of and public confidence in" the NFL.

"Ownership and club or league management have traditionally been held to a higher standard and will be subject to more significant discipline," the policy says.

The Patriots won the Super Bowl this month over the Los Angeles Rams for their sixth NFL championship in the past 18 seasons, making them the most successful team in pro sports during that span.

Kraft lives in Massachusetts and has a home in the Palm Beach area. Though he is a Democrat, he is friendly with President Donald Trump and a frequent guest at Trump's Mar-a-Lago club. Kraft's wife, Myra Hiatt Kraft, died in 2011. He has been dating 39-year-old actress Ricki Noel Lander since 2012.

In a statement, Kraft's representatives said they "categorically deny that Mr. Kraft engaged in any illegal activity."

Vero Beach Police Chief David Currey, whose agency has been involved in the investigation, told reporters earlier this week that the prostitutes are victims who have been trapped into the trade.

"These girls are there all day long, into the evening. They can't leave and they are performing sex acts," Currey said, according to TCPalm. "Some of them may say tell us they're OK, but they're not."

Kraft, who made his initial fortune through a packaging company, was a Patriots season ticket owner when he purchased the team's previous stadium in 1988, then used his leverage to buy the team in 1994 for $172 million to keep if from moving to St. Louis.

He hired Bill Belichick to be his coach in 2000 and the team subsequently drafted quarterback Tom Brady, launching their nearly two decades of success.

But there also have been issues involving team actions under Belichick.

In 2007, the Patriots were caught filming signals from New York Jets coaches; New England was suspected of doing so against other teams, as well, and that was confirmed later on. NFL Commissioner Roger Goodell fined the Patriots $250,000 and stripped them of their 2008 first-round draft pick. Belichick was fined $500,000, the most an NFL coach ever was fined.

In the 2014 AFC championship game, the team — specifically Brady — was accused by the Indianapolis Colts of doctoring footballs.

The NFL concluded that Patriots employees were involved in deflating the footballs and Brady was "at least generally aware" it was being done. After lengthy legal battles, Brady served a four-game suspension at the beginning of the 2016 season and the Patriots were fined $1 million — the heftiest for a team in league history. New England was stripped of a first-round and a fourth-round draft choice.

Neither Kraft nor Belichick were implicated after the investigation.