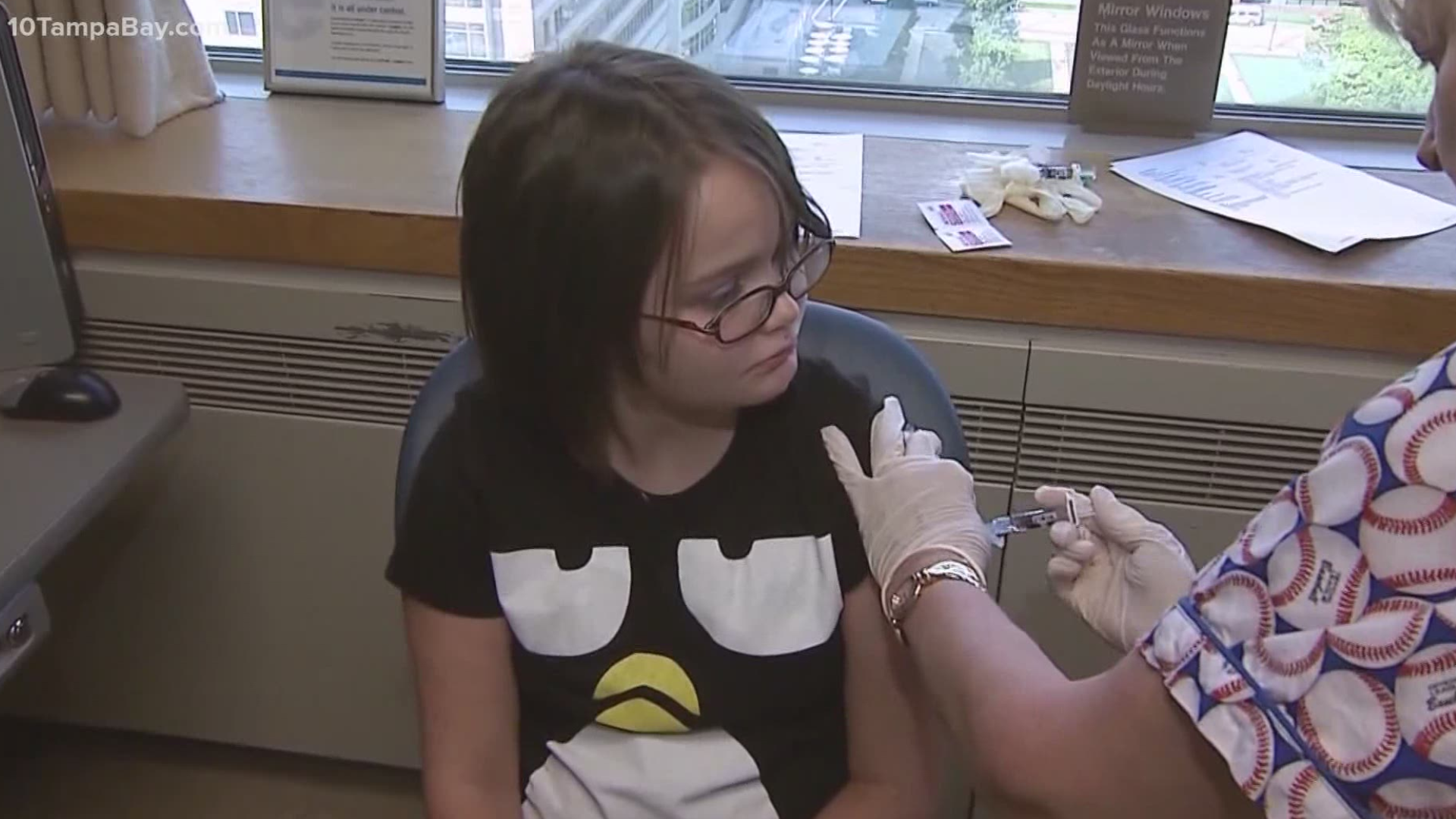 FLORIDA, USA — A few weeks after the pandemic hit, most of the country went into lockdown mode. Families were staying home and avoiding leaving the house at all costs.

It didn't take long for pediatricians to notice an alarming trend from coast to coast -- parents were canceling or skipping their children's routine pediatrician visits resulting in a substantial drop in vaccination rates.

"Parents have been afraid to take their children, especially younger children for routine vaccines," said Dr. Kenneth Alexander, the Chief of Pediatric Infectious Disease at Nemours Children's Hospital in Orlando.

According to the Florida Department of Health, since the start of the pandemic, the number of Florida children getting required vaccinations for school had dropped by as much as 60 percent in April.

RELATED: Unvaccinated and Exposed: Florida sees a dramatic decline in the number of children getting vaccinated

Alexander has been brought on by the Polk County School Board as an advisor as it works through reopening plans for the 2020-2021 school year. At a board meeting in July, he underscored the need for school leaders to enforce vaccination requirements.

Measles is one of the most infectious diseases ever. It's more contagious, dangerous and deadly for children than COVID-19.

Because the MMR vaccine, which includes the measles immunization, is required for Florida students entering kindergarten, the disease is usually kept at bay. Even those who have vaccine exemptions are protected by herd immunity. However, according to the Florida Department of Health, the herd immunity threshold for measles is between 93 and 95 percent.

"Measles is always knocking at our door. It’s ready to roll into any community. If our measles immunization rate drops below 92 percent, we are at risk of an outbreak of measles in our community," Alexander said.

The simulator took school immunization records from the Florida Department of Health combined with census population data. You can select your city or county in Florida to see the impact where you live.

It starts with a single measles case dropped into the city and shows how the virus could spread over a nine-month period.

The first simulation shows what an outbreak looks like with current vaccination rates. In Tampa Bay, that means 14 cases of measles. However, the second simulation, which is a 10 percent drop in vaccination rate, reveals the massive outbreak the Tampa Bay area would endure with 16,484 cases.

Vaccination rates for kids have been dropping in Florida long before the pandemic. Some states allow parents to cite philosophical or personal reasons as a means to obtain an exemption from vaccinations. Florida is not one of them. Instead, you must have either a medical or religious exemption.

RELATED: This is how Florida parents are avoiding vaccinating their kids

The data has some doctors questioning whether religious exemptions should be more tightly regulated.

"None of the world’s major religions actually articulate a prohibition against vaccination so there’s no real religious exception. This is something that people are making up," he said.