The incident report says officers attempted to speak to Gillum but were unable to "due to his inebriated state." 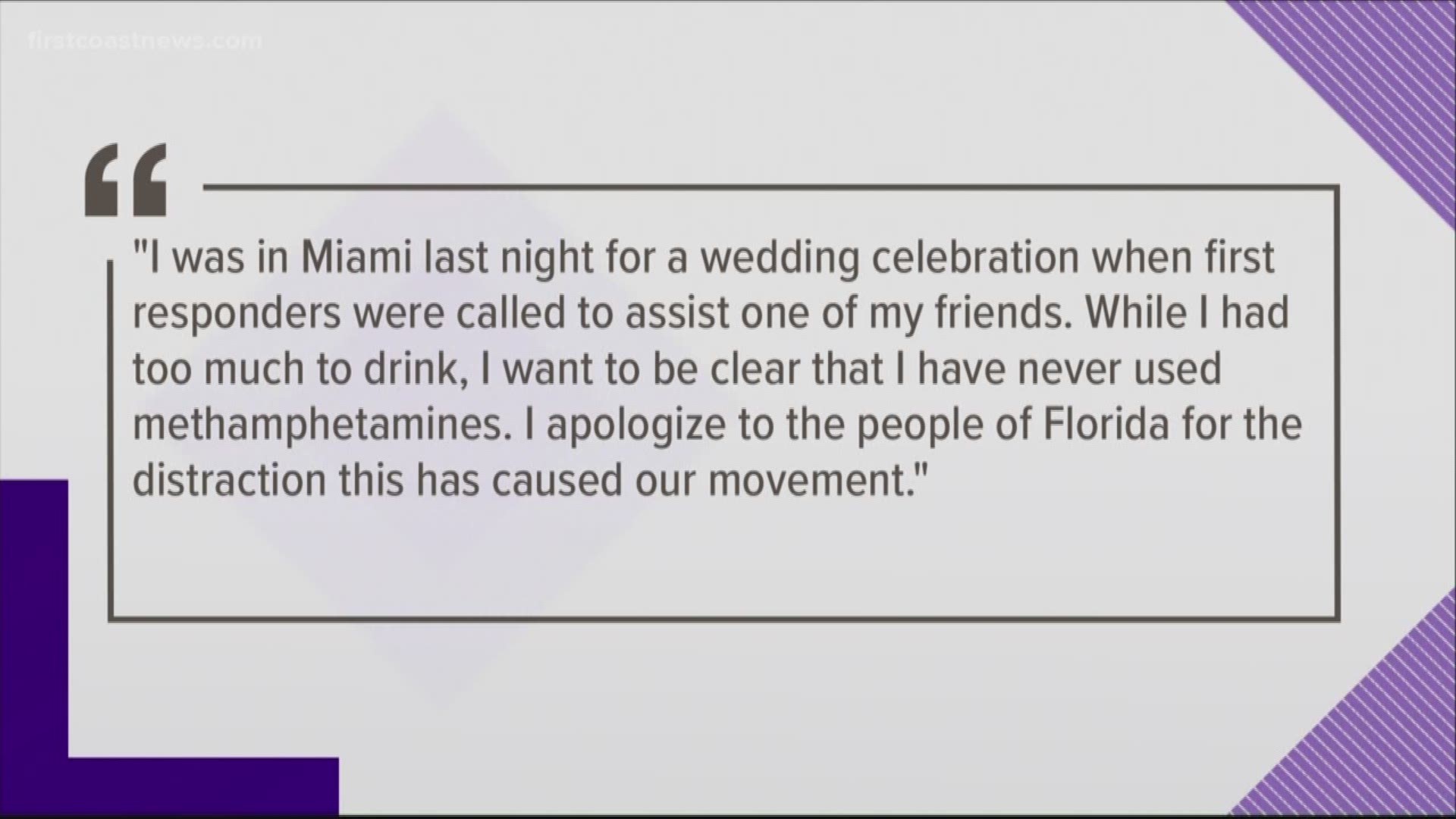 According to an incident report by Miami Beach Police Department, around 12:30 a.m. officers responded to 1100 West Avenue in Miami in reference to a cardiac arrest.

Upon arrival, Miami Beach Fire and Rescue was on scene providing treatment to a victim for a possible drug overdose. He was in stable condition but as a precaution, was going to be taken to a hospital for further evaluation.

The report states officers then made contact with two other men inside the hotel room, one of whom was Andrew Gillum.

The man (known as the complainant) that was with Gillum told officers that he provided money to the victim to rent a hotel and when he arrived, he found the victim and Gillum inside the room "under the influence of an unknown substance."

The report says that when the complainant initially opened the hotel room door, the victim immediately walked over to the bed and collapsed.

Gillum was reportedly seen inside of the bathroom vomiting.

The complainant then proceeded to contact police and fire rescue.

The incident report says officers then attempted to speak to Gillum but were unable to "due to his inebriated state."

Police say they suspect the three small baggies contained meth, but the police report does not indicate that they were field-tested.

Gillum left the hotel room and returned to his residence without incident.

"I was in Miami last night for a wedding celebration when first responders were called to assist one of my friends. While I had too much to drink, I want to be clear that I have never used methamphetamines. I apologize to the people of Florida for the distraction this has caused our movement.

"I’m thankful to the incredible Miami Beach EMS team for their efforts.  I will spend the next few weeks with my family and appreciate privacy during this time."