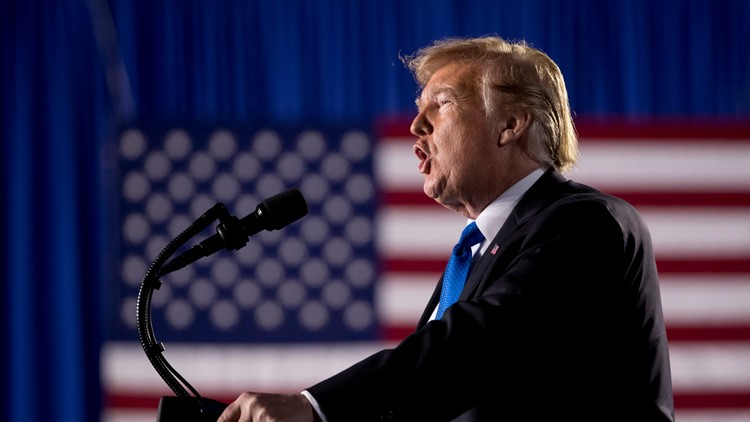 President Donald Trump has been in office for 878 days. During those two years and five months, the president has visited Florida 33 times.

Tuesday will mark his 34th visit to the Sunshine State when he's expected to announce his re-election bid at an Orlando rally.

At the end of 2017, NBC News tracked Trump's days in office, his days at Trump properties and his days at golf properties. NBC found Trump has spent 99 days at his private club Mar-a-Lago in Palm Beach.

Trump also spent 59 days at his Trump International West Palm Beach golf course during the first year of his presidency.

A new report from the Government Accountability Office, a congressional watchdog group, found four trips to Mar-a-Lago early on in his presidency cost taxpayers about $13.6 million. That's about $3.4 million each trip.

The report was requested by congressional Democrats.

The Washington Post reported Trump has visited Palm Beach private club Mar-a-Lago 19 times since he was inaugurated. The newspaper estimates his trips so far to Mar-a-Lago have cost taxpayers more than $64 million.