Since Florida voters overwhelmingly approved restoring voting rights for felons in November 2018, the question among lawmakers has become how to implement it. 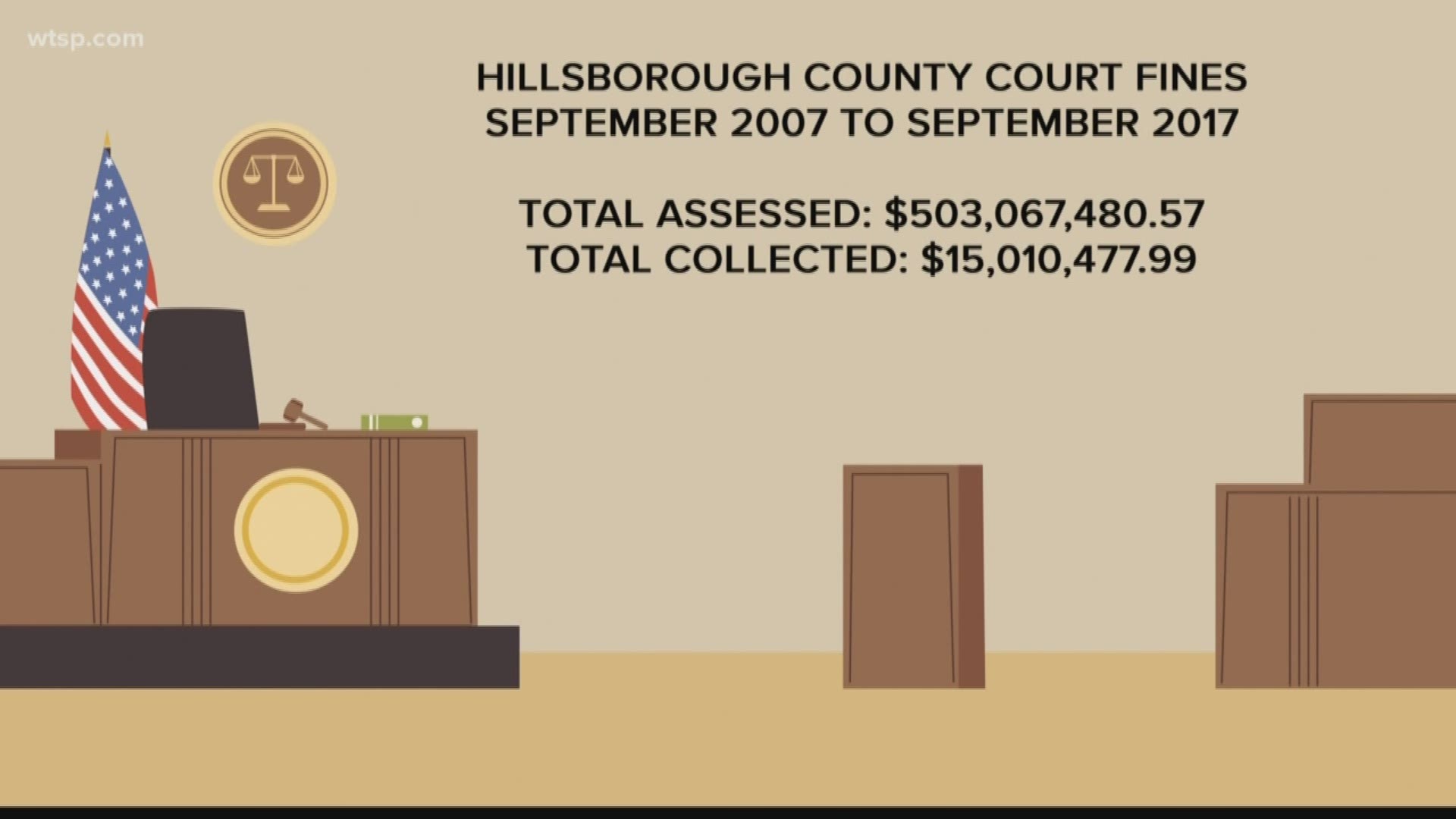 TAMPA, Fla. — Hillsborough County State Attorney Andrew Warren thinks he has the answer on how to best comply with Amendment 4: He is proposing a “rocket docket.” Warren says a large group of low-level offenders would go before a judge and the judge would convert those fines into community service.

Warren sat down for a one-on-one interview with 10Investigates' Courtney Robinson to explain the proposal and answer questions about how it impacts crime victims and financially impacts the county.

Florida voters overwhelming approved restoring voting rights for felons in November 2018.  In order to be eligible to vote, they must complete their sentence, pay any restitution and court fines and fees. The fines and fees have become the issue. There are felons who say they cannot afford to pay those and the ACLU says it amounts to a “poll tax.”

In addition, the clerk’s office says it is difficult to collect the fines and fees assessed.

The money that is collected does fund the judicial system.

RELATED: Some worry new law could be setback for felon voting rights

Warren argues that because, so few can and do pay, community service would benefit all.

“The court fines and fees are part of the normal judicial process here. The problem is that we’ve been funding our judicial system and our court system on the backs of the people who come through it which is probably not a very good long-term approach," Warren said. "What we’re trying to avoid here is having two classes of citizens: People who can afford the right to vote and people who can’t afford the right to vote."

When asked whether it would be fair to convert fines owed for those who cannot pay, while not doing the same for offenders who are able to pay, Warren said yes.

Hillsborough County also follows an administrative order barring judges from waiving fines and fees with rare exceptions. It reads, “each judge will ensure that mandatory costs, assessments, surcharges, and fines are not waived unless specifically authorized by law.”

'Rocket docket' does not erase restitution

Warren was clear that restitution must be paid. It will not be converted to community service.

“Restitution is different than the fines and fees that the court imposes. This whole process operates outside of restitution. Restitution has to be paid first. This is in no way stepping on the rights of victims. It’s coming after victims have been fully paid or if there were no victims in the first place,” Warren said.

“We are focused on after restitution has been paid or for cases where there was no restitution in the first place because we want to make sure that victims have been fully compensated but once they have been then we can turn our attention to making sure that we’re helping these returning citizens get the rights to vote back as the amendment contemplates,” he added.

Who is eligible for the proposed 'rocket docket'

The State Attorney says low-level offenders who do not owe restitution would be eligible.  He says his office is going through data right now to identify which felons fit the profile.  He doesn’t have an exact number but estimates there will be thousands.

“We are focused on offense is where there’s no restitution and no victims, so traffic offenses and drug offenses, possession cases are going to be the two biggest categories of people who once they’ve completed those terms and they don’t owe any restitution and there’s no victim to be made whole if they have fines and fees that can be converted to community service that’s our focus,” Warren explained.

Money aside, there is a push across the state to add eligible voters to the voter rolls before the 2020 Presidential election. Warren has tasked his office with working to get the “rocket docket” rolling by the end of the year.

He says it is not about politics.

"This becomes a public safety issue as well as a fairness issue and most importantly it’s the law in Florida it’s our obligation to follow it."

The complexity of the 'rocket docket'

Warren admits there’s a lot of nuance to this and it is very complex  His office will have to identify who qualifies to go before a judge. Warren says that if an offender feels they are eligible they can contact his office.

He also says it’s difficult because there are so many players involved. When asked how he would ensure that a felon isn’t cleared of court fines by a Hillsborough County judge while owing elsewhere, he said that’s part of the issue.

There’s not a central state database that identifies who owes fines and fees and where. According to Warren, they are working with local “stakeholders” and Tallahassee to follow the law.

He says the chief judge in Hillsborough County is on board with the idea as a way to implement Amendment 4.

“We hope other jurisdictions look at what we’ve done as a standard and a path to actually implement Amendment 4,” Warren said.

Other jurisdictions in Tampa Bay

State Attorney for Pinellas-Pasco, Bernie McCabe, declined to comment on the proposed “rocket docket.” The Tampa Bay Times reported July 1 that he opposes the idea.

State Attorney Brian Haas who represents Polk, Highlands and Hardee counties wouldn’t comment on the “rocket docket.” When asked why, a spokesperson did not respond.

10News is waiting to hear back from State Attorney Ed Brodsky who represents Sarasota, Manatee and DeSoto counties.