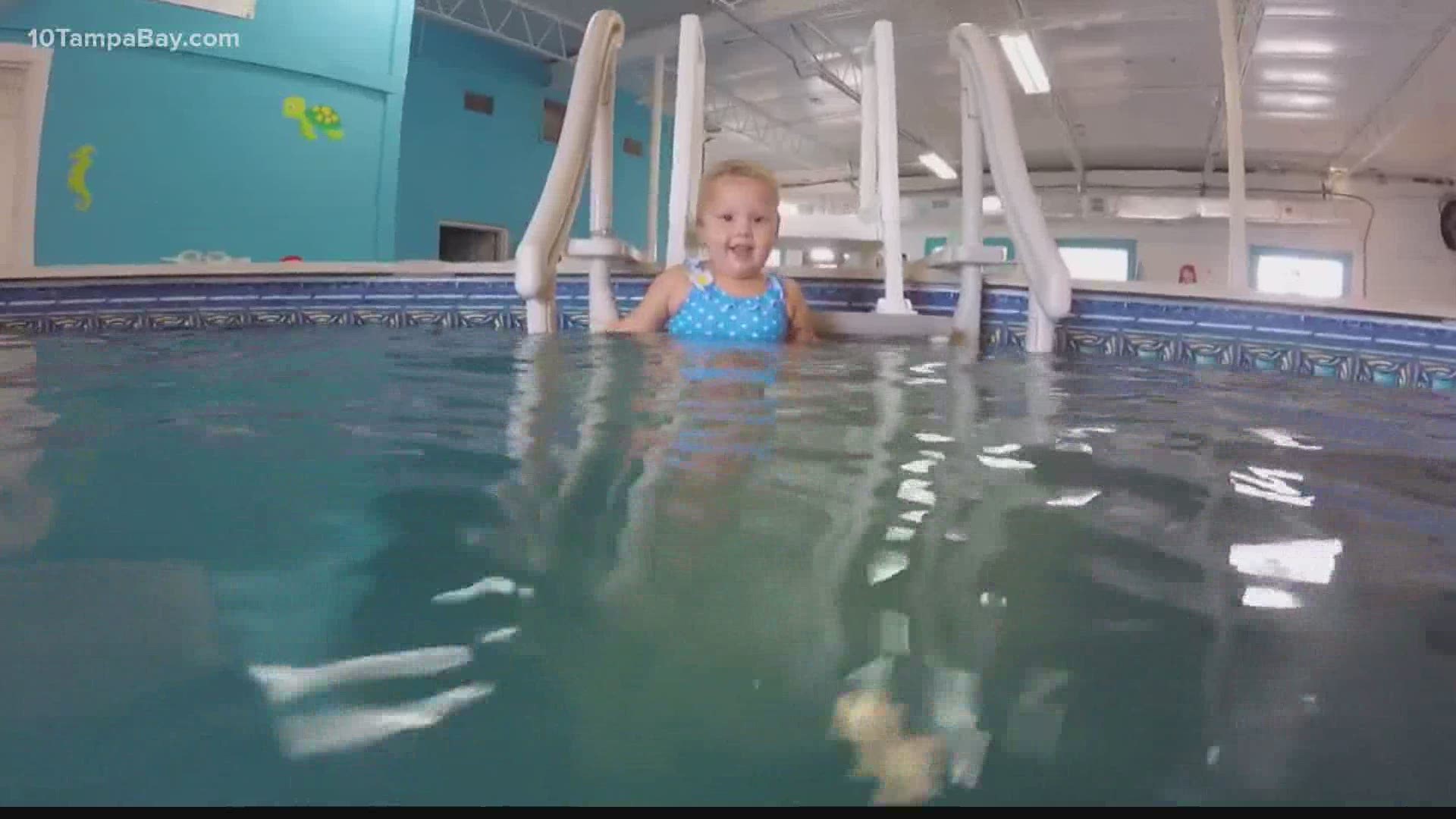 Bill Gorham is the Assistant Chief of EMS for Clearwater Fire and Rescue.

He says responding to the call of a child drowning in a pool is traumatic.

"The terrible thing we hear from parents is 'we lost sight' we didn’t pay attention for a second and the child slipped away," he said.

The report just released U.S. Consumer Product Safety Commission backs that up, attributing 56 percent of recent drownings to a “gap in adult supervision.” It says 75 percent of the kids you died from 2015-2017 were younger than five years old.

In addition to watching kids carefully, he says swim lessons for kids are imperative.

Claire Patcham owns South Tampa Swim School. She says the earlier you can introduce you kids to the water and teach them basic skills, the better.

"The majority of drownings in young children happen when they’re supervised, they don’t know what signs to look for or they’re not supervising close enough," she said.

She also says layers of protection around pools are important, like having alarm on doors and windows and a pool fence.

The City of St. Petersburg has a programs to teach kids to swim as well.

They’re on pause right now because of the pandemic, but have grant funding and has fee assistance programs for families when they start back up.

You can find more information on those lesson and fee assistance, here.