A construction project aimed at relieving traffic congestion in that area is ahead of schedule. 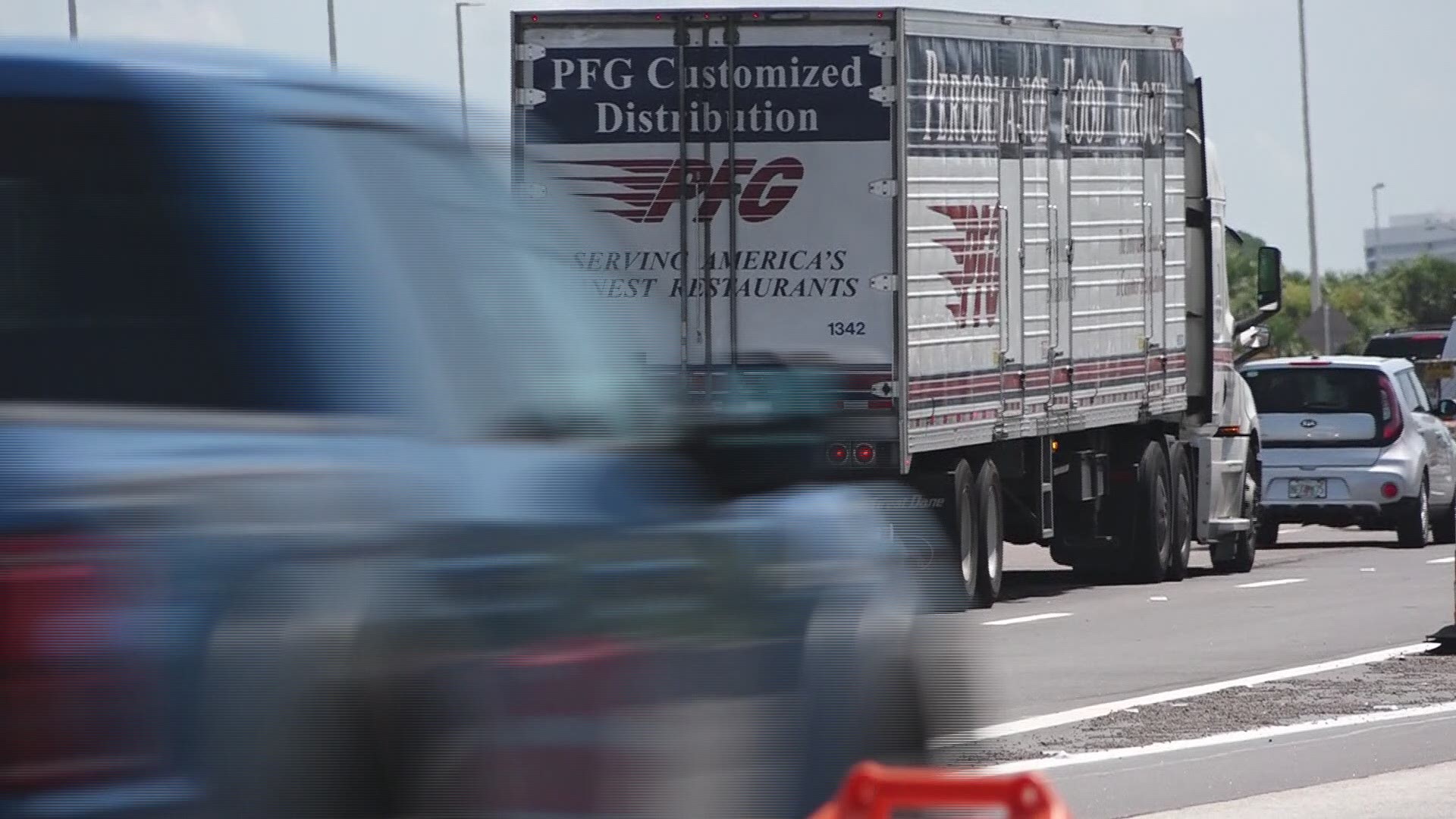 TAMPA, Fla. — There’s some good news for commuters around the I-275 and Westshore Boulevard interchange in Tampa.

A construction project aimed at relieving traffic congestion in that area is ahead of schedule. In fact, part of it opened earlier this week.

For years, the I-275 interchange at Westshore Boulevard has been a source of gridlock, accidents, and frustration.

But $30 million later, the area is finally seeing some roadway relief.

“I think it will provide a lot of benefit. Especially when traffic starts getting back to pre-pandemic levels,” said Gwynn.

By taking advantage of lighter traffic volume created by COVID-19, the first of several improvements has already opened.

Southbound on I-275 approaching the Westshore Highway 60 exit, what used to be a merge lane now continues straight under the overpass an onto the Howard Frankland Bridge.

All that traffic used squeeze down to two lanes. Now - there’s a third.

“They don’t have to merge over. They can go all the way through there,” said Gwynn.

Even better news, for many, will come by the middle of August to address the same bottleneck on the northbound side coming off the Howard Frankland heading into downtown Tampa.

There, FDOT is also adding a third lane.

The exits toward Kennedy Boulevard and the Veterans Expressway will also be lengthened so they don’t back up into I-275 traffic.

And the loop from Highway 60 that empties onto northbound I-275 is being extended all the way to Dale Mabry Highway to relieve that messy merge.

“It’s rare that we get a $30 million project that will have this much of a good benefit cost ratio,” said Gwynn. In fact, he calls it the best bang for the buck improvement he’s seen in 30 years of road work.

The project is expected to bring an estimated 50-times return on investment when you add up time saved, fewer accidents, and increased productivity.

It won’t be perfect, said Gwynn, but it should elevate the area’s traffic grade from an “F” now – to a “C-minus”.

“We would hope to see the travel speed instead of being maybe 15 mph being up towards the 30s and 40s,” said Gwynn.

Still to come for the interchange are is a new span for the Howard Frankland Bridge. That’s why you see barges out there in the bay doing geo-testing on the north side. Construction on the new span is expected to start by the end of the year.

Also, in 2023 FDOT will begin a massive $1.4 Billion project that will add express lanes, exits and overpasses and more for the estimated 130,000 vehicles that pass through the interchange every day.